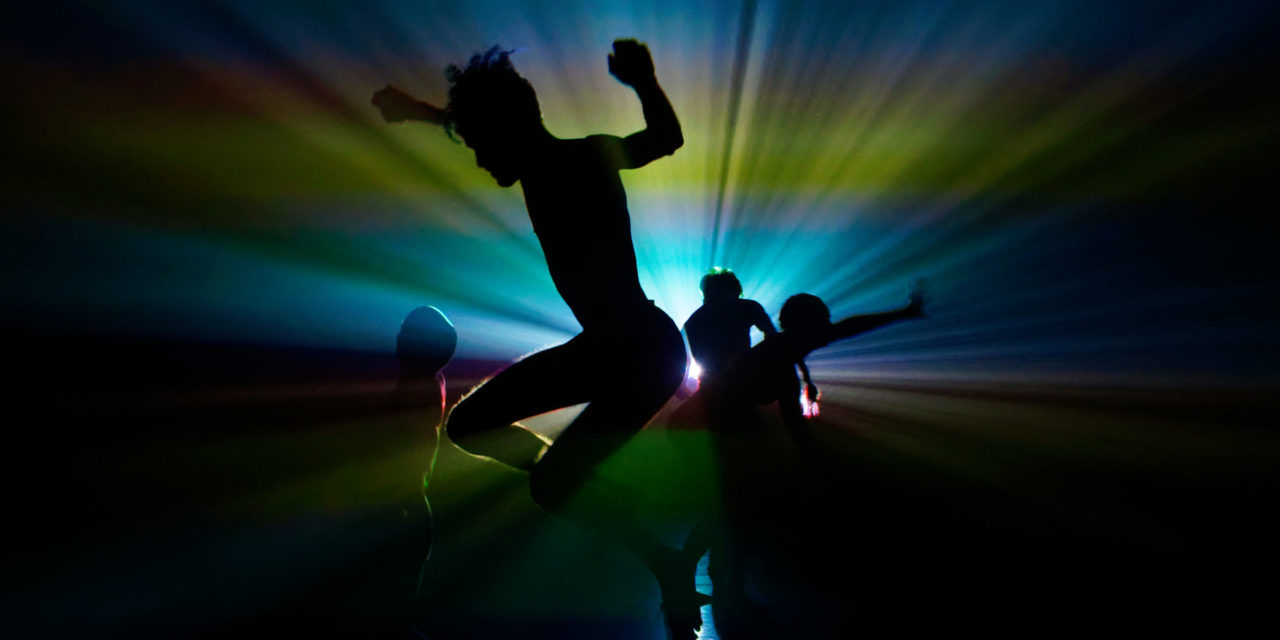 There is no growth without decay.  When I was considering Dante in Italy, many years ago, I remember studying this kind of descent and ascent.

It was fascinating to watch Frantic Beauty, produced by LEIMAY.  While the performers are not decompensating, they do fall deeply, seemingly through the floor and beyond.  Jumping high off the ground they seem to reach beyond the ceiling.  It’s effortless.

Plagued with technical problems in the first part of the show (perhaps, due to a Con Ed power outage), these five dedicated dancers continued forward, creating a delicate, emotional world where sensation makes a difference.  Sight, sound, and scent are all featured in the performance.  A glittering beam, shining out, creates a light source behind dancers, bouncing off of the floor. 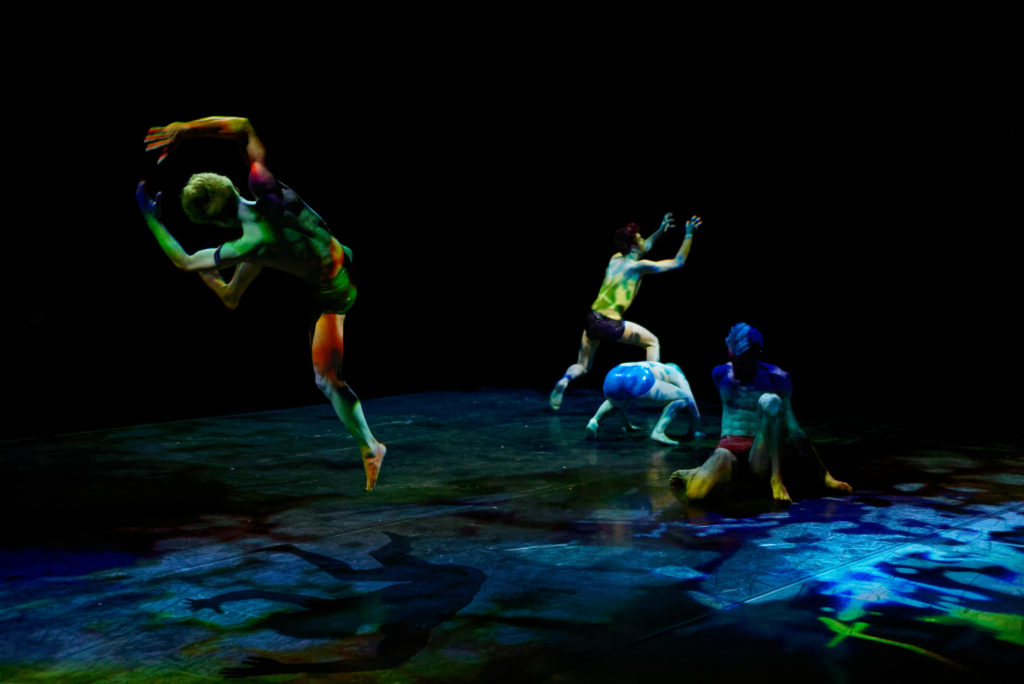 LEIMAY’s Frantic Beauty featured state-of-the-art technology, dance is an intuitive, provocative experience.  The company, having previously performed in Japan, Spain, the Netherlands, and Columbia, looks particularly at home at the Brooklyn Academy of Music.  While BAM is at the heart of the arts center of Fort Greene, Brooklyn, LEIMAY’s studios called the CAVE are located in nearby Williamsburg.  Although the fanbase makes the ensemble appear like a “local company makes good,” there’s something broader reaching about their overall performance.

Is it the technique, the fashion, or the conceptual rubric on which the dance is based?
Hairstyles are colored with bright blue, crimson, and yellow.  The costumes include dance trunks that look like rubber.  Women wear see-through tops and the men, showing their ribs, stand bare-chested.  So, it might be a difficult watch for the modest.

However, there’s something beyond plastique, about the movement patterning.  It’s fascinating the way they isolate themselves, as though in boxes on the stage.  Years ago, I saw remains of people frozen in lava.  LEIMAY deals with beginnings and endings in Frantic Beauty, this third part of their Pentalogy, called the BECOMING Series.  It’s a surprising experience to see their images fall still, or burst forth from a light source on the stage.

The dancers have an uncommonly flexible frame, and there’s something primal about how they bang their foot against the floor.  With the sounds they make, they seem to stretch beyond, and there’s nothing unseemly about their dance vocabulary, and how it is slowly built.  Their unique skill, taught in a LEMAY LUDUS class, deals with extraordinary extension through their midsection.  They often reach, arching their back.

Surprisingly appealing is the louder music by Emmy Award-winning composer, Jeff Beal.  After an evocative industrial, repetitive track is set, the dancers speak on top of it, with gibberish and mono-syllabic tones.  It creates an interesting sonic architecture where sculptural integrity is challenged, within the nature of the work.  As this company has performed in art galleries including The Brooklyn Museum and the Asian Museum in San Francisco, Frantic Beauty really works as dance and as performance.  It leaves the audience questioning their place in the world, and the landscape they should inhabit.

As we are human, after all, we all have the potential to grow or decay.  Our very composition should be alive with the strongest core and the brightest potential. 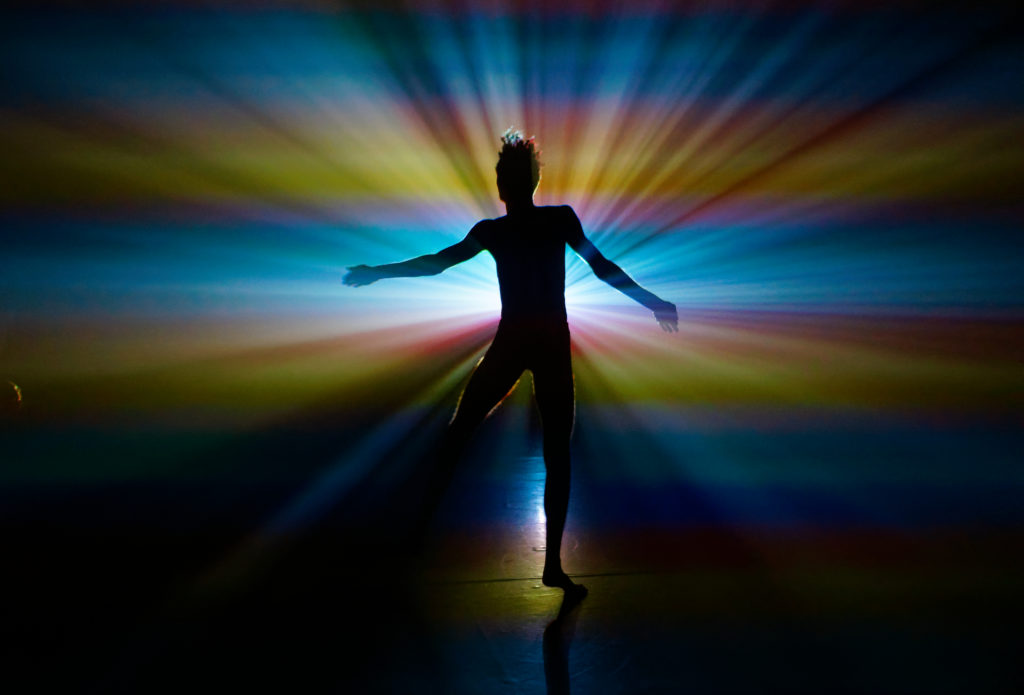 Frantic Beauty showed at the BAM Fisher, located at 321 Ashland Place from September 14 – 17.