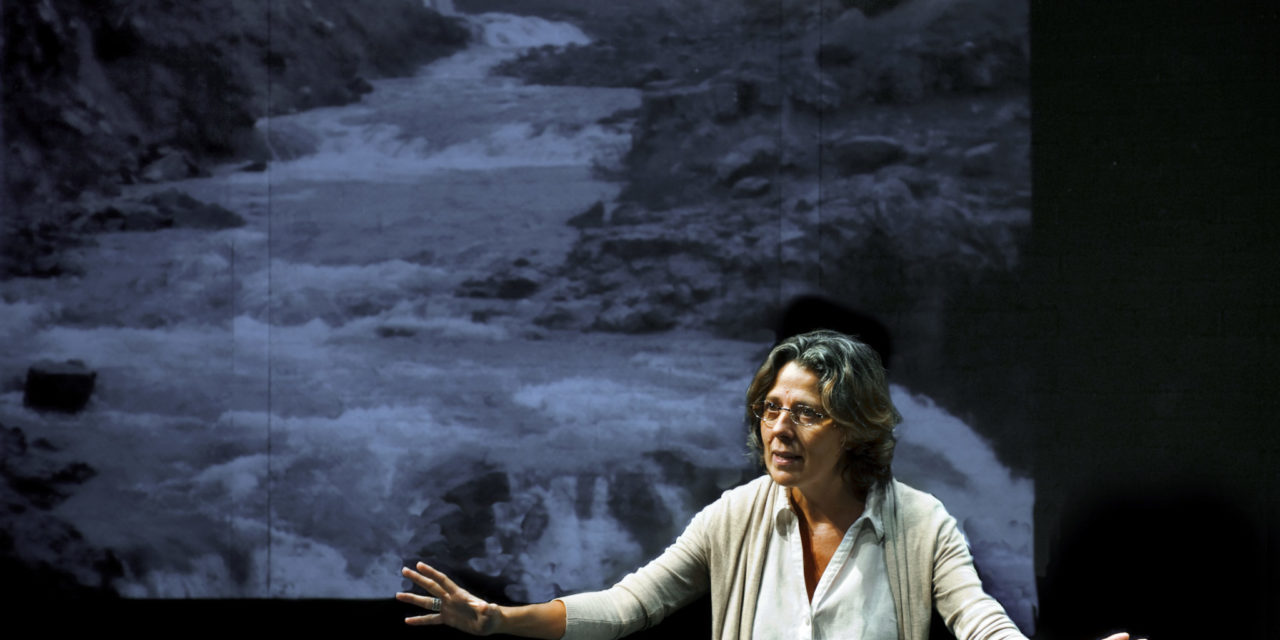 Stefano Massini’s A Stubborn Woman, recreates the figure of Russian journalist Anna Politkóvskaya. Played by Miriam Iscla, produced by Teatre Lliure, and directed by Lluís Pasqual it showed in the Teatro Español, in Madrid, from February 9 to the 26. 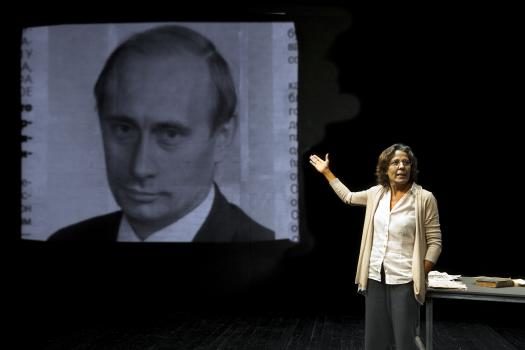 What do you feel when your country’s government declares you incorrigible, “not subject to re-education”? Suddenly, the weight of the State falls upon your shoulders… What powerful commitment to honesty leads a handful of journalists to get off the path, not want to be “one of ours” and continue informing about the painful truths of massive violations of human rights and State crime?

How can we raise awareness? How can we shake off the indifference of those who look away and passively accept the status quo like a lesser evil? Does the majority think it will never happen to them?

Anna Politkóvskaya became internationally known for her chronicles about the Second Chechen War (1999-2009) for the magazine Nóvaya Gazeta. She denounced the atrocities committed by Vladimir Putin’s Russia, by the pro-Russian Chechen government of Ajmat Kadýrov and his son Ramzán Kadýrov, and by the Chechen separatists Aslán Masjádov and Shamil Basáyev.

“Woman not amenable to re-education” is the term used to describe Anna Politkóvskaya in a report by the Kremlin President’s Cabinet that divided the enemies of Russia into those incorrigible and those who could still see reason.

Anna Politkóvskaya was shot four times to death in Moscow, entering her apartment building on October 7th, 2006. The identity of the intellectual author of the crime has not yet been determined.

Lluís Pasqual, artistic director of the Teatre Lliure and director of A Stubborn Woman (Mujer no reeducable in the Spanish version, Una donna non riducabile in the original), defines Stefano Massini’s play as necessary and urgent theatre. The text is a monologue that portrays the figure of Anna Politkóvskaya. Miriam Iscla gives life to the Russian journalist, who describes her day to day as a war informant in a conflict in which the first one to violate Humanitarian International Laws and International Human Rights Laws is the only contending state, Russia.

But it is more than that: Kafka’s works and the bloody tales of any war, starting with the Iliad, are precursors of Anna Politkóvskaya’s political chronicles. There lie their universalism and timelessness. A Stubborn Woman depicts the human struggle against brutal illegitimate power imposed by force and confronts us with the moral dilemma of choosing to oppose, convert or look the other way.

A Stubborn Woman is also the unvarnished and honest monologue of a middle-aged woman exposed to all types of humiliation. Anna Politkóvskaya denounces the restrictions to freedom of expression and information and condemns State terrorism and the repressive autocratic system of Vladimir Putin’s Russia. She further describes the way in which the North Caucasus war has become the model for other wars, by characterizing all of Russia’s adversaries (militia, politicians, civilians, doctors, journalists, intellectuals…) as terrorists.

Anna Politkóvskaya was a person with outstanding physical and moral bravery, a person of complete integrity: she confronted the “power pyramid” (her definition of the political situation in Russia), in which vortex has resided Vladimir Putin for the last seventeen years.

With the same honesty, Lluís Pasqual and Miriam Iscla propose a show with no virtuosity or excessive adorn, but instead a simple exposition of facts, told in the first person, that keep the audience on edge. Nothing gets in the way of the powerful text and its denunciation. The story is crude and honest, and so is Miram Iscla’s performance. Just the exact number of words. The most efficient gestures. Miriam Iscla declares to be “the instrument to shout this situation”. She is not playing a character; she “incarnates” Anna Politkóvskaya, as Lluís Pasqual says.

Miriam Iscla becomes a small, apparently fragile woman, but one with great strength and incorruptible tenacity. A woman exposed to kidnap, torture, poisoning and execution, a journalist indignant at what she sees around her, an activist in the front line for human rights. We quickly share her energy, her eloquence, and her truth. Miriam Iscla is able to bring Anna Politkóvskaya back to life, a life we didn’t do enough to save. 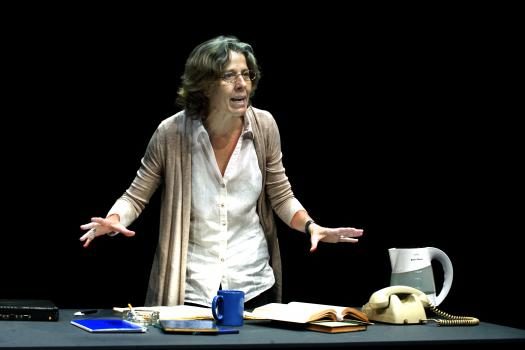 Stefano Massini’s text is subtle in the description of atrocities (which are many), but it transmits the lively attitude of Anna Politkóvskaya’s writing. She never stopped feeling surprise and disbelief at the human rights violations she documented. Stefano Massini’s character maintains the same skepticism at the human condition, the same passion for truth, the same poised and objective narration of facts that are “beyond the imagination of any human being who is not a psychopath” as Anna Politkóvskaya defined the situations she was working with.

This is not the first political play by the artistic director of the Piccolo Teatro di Milano. Stefano Massini has also penned the Lehman Trilogy (2014), about the Lehman Brothers collapse, and Credoinunsolodio (2010), which can be read in Italian both as “I believe in one God only” and as “I believe in one hate only,” a condemnation of Islamic terrorism.

I wouldn’t miss it.

This review was originally published in Moon Magazine on February 17, 2017. Re-posted with permission.  Read the original text in Spanish here. 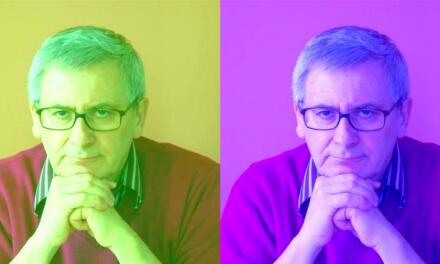