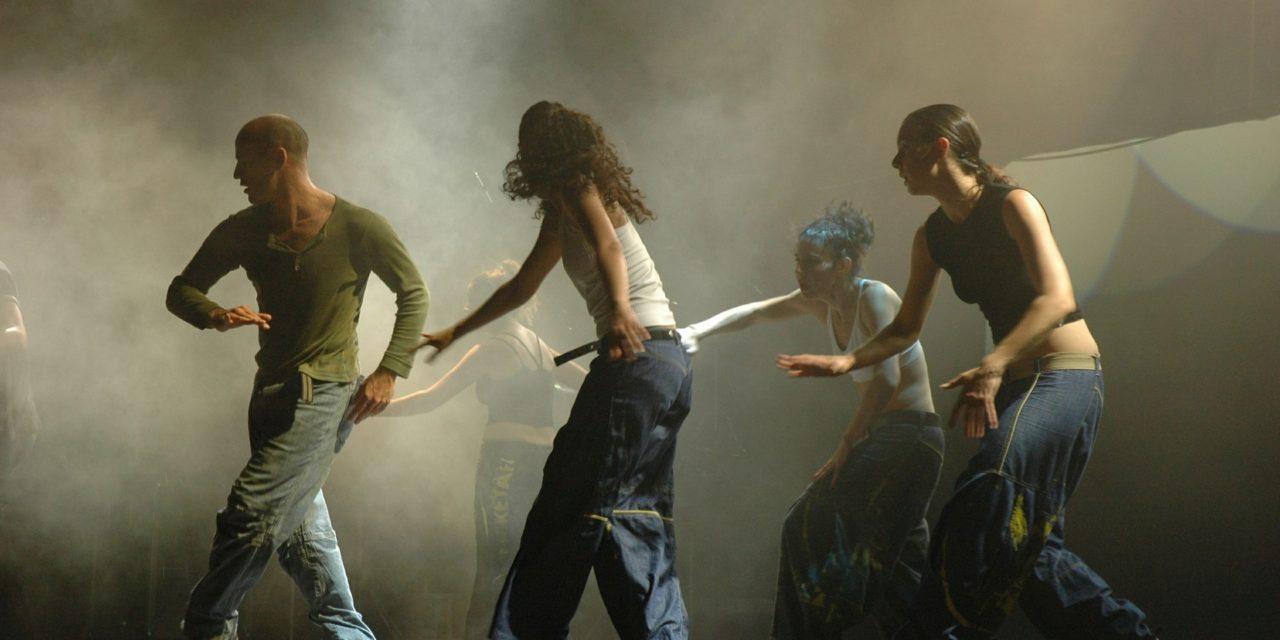 The British Council Arts sponsored 6-day feast of drama, music, dance, art exhibition, and poetry, known as the Lagos Theatre Festival 2017 has come and gone. Las gidi, never to be caught dulling while a good feast lasts, came out en masse to view the offerings.

Now in its fourth year, the festival included a symposium, workshops, discussion panels, an art exhibition, and music, as well as 23 plays. The Lagos theatre festival continues to grow in content and engagement, and the art lovers in Lagos are definitely not complaining.

In the first few minutes of The Audition, a believable kiss is shared between two women on stage without the benefit of a backstory. This is not the only thing that is unusual about this masterful and repartee-filled play about a maverick director Stella (Tosin Adeyemi), whose casting methods are presented as questionable, and a wannabe actor Lauren (Victoria Busceni), who is desperate for stardom.

It is unusual too that the world of The Audition feels very hybrid. We know very little about this strange place. References are made to the American actress Marylin Monroe, we know at some point that the wannabe actor has had a very Nigerian education and we are told repeatedly that the singular most defining moment in the director’s life is her embarrassing flop at her own audition years ago for the role of Ophelia, the quintessential good-girl-gone-bad character from Shakespeare’s Hamlet.

The great acting, good surprises, and noteworthy directing of Bimbo Olorunmola make up for these things that don’t add up. Fundamentally too, as an interrogation between director and actor, as an exposé into the nature of ambition, as an indictment and glorification of “the process of filmmaking” and finally as an inquisition into the nature of the audience in the ways we question or fail to question what is beneath the surface of our consumption, the play makes strong points. — Kechi Nomu 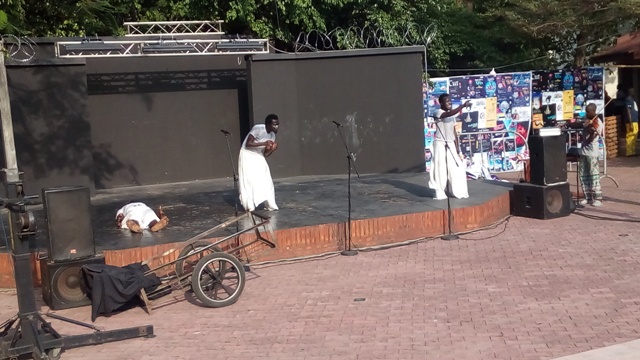 Even though I like classical music and try to hold a respectful admiration of dance, Ijakadi left me gasping — not in awe, but struggling to understand where the spoken word poetry and dance met the music, and if the marriage that resulted is a successful one.

Would it have worked better at night, with floodlights acting to break through the dark and highlight the movements that are central to the performance? Would a more traditional instrument rather than a violin gift more poise to the whole, bringing it home enough to clear the cobwebs that formed as my brain tried to process the whole? Perhaps the play is supposed to be as abstract as I perceive it, perhaps the words spoken by the female artist whose poetry framed the dances that took up much of the performance failed to connect above the noise from Broad Street, whatever it was, I needed more than was on offer.

However, it did get better towards the end when all 3 dancers came on stage together, with glimpses of the message: end stigmatisation, and give heed to special needs. And yes, the two violinists that provided the haunting music that served as the soundtrack of Ijakadi can have their own show, I will pay to see that. — Chiagozie Nwonwu

Lagos theatre festival boasted another poetry based show. Strelitzia — a poetry (the spoken word variety) meets dance, meets music package — works for me. Maybe because the viewing, in a partitioned space, was more personal.

Strelitzia is a tour-based performance that is reminiscent of Make we Waka which was part of Lagos Theatre Festival 2014. And like Make We Waka, Strelitzia incorporated history and an interactive aspect that encouraged the audience to leave a part of them behind (for Make we Waka, adding to a canvas, for Strelitzia, writing on the wall) into the performance. But that’s about where the similarities end. The spoken word apex of the performance, the songs, the very very naked personal feel of it, can only be experienced, not told.

Donna Ogunnaike, also known as “The poet Donna,” called it “Nigeria’s first experimental art installation of that nature.” The curator also said it would have been a much more intriguing experience after dark. I do hope to see it again, hopefully, the end of the festival won’t spell the demise of such a powerful package. — Chiagozie Nwonwu 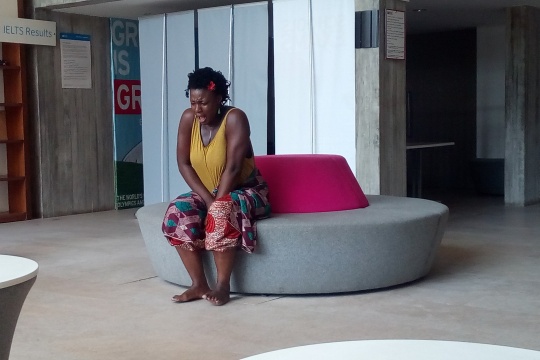 This one-woman show captured the emotive story of female genital mutilation and its harmful effects. Spiced with rhythmic movements, this performance is mostly pulled off by Christina Oshunniyi’s cadence, facial expressions, and her appropriate use of minimal props.

The words could have been better crafted to drive home the emotions in this piece, yet, when the character asks “What part of the cut makes me a woman? Can I cook better? Can I dance better? Can I love better…?” the story hits a nerve and one wishes this message can reach those who perpetrate this act.

The story is non–fictional, and the writer/performer, although one generation removed from the actual victims (her mother and aunt), posits that as long as girls are cut, it feels like she is the one being cut. Art for a reason – Christina is a true (art)ivist.  — Iquo DianaAbasi 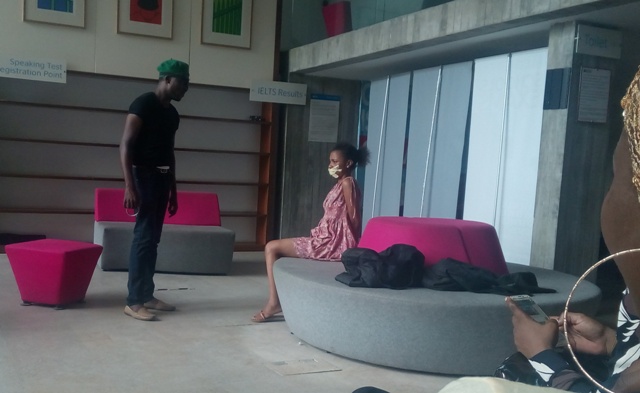 I approached this play expecting to see a man caught in a murky dilemma, as the brochure suggested but instead met a couple who have been lovers for four years in an undefined relationship. This is not a problem, though, as their die-hard taunts give the audience much laughter and food for thought.

The acting was quite convincing and unabashed, and the ending was unforeseeable. But this play was belabored by a painful need to tell many tales at the same time. Like tasty pepper soup that fancied itself a hamburger half way through the meal. The world has too many problems, and one play should not have it all.  — Iquo DianaAbasi 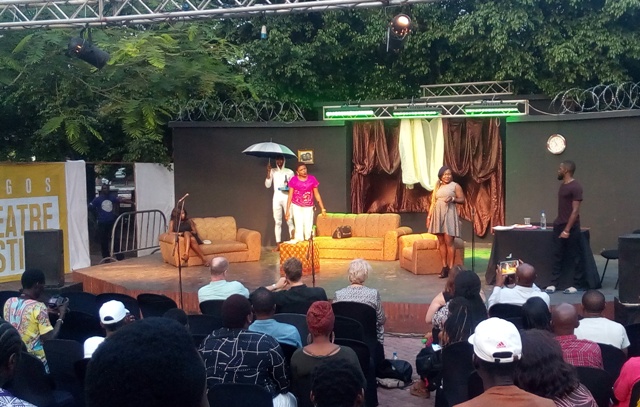 Crown Troupe’s Segun Adefila had promised us that the story was not about carrots, and he did not lie. This story of infidelity almost sounds like the usual trope: all men are dogs, till we hit the twist – a man discovers his wife’s infidelity while policing his friend’s wife. However, the cast’s struggle with props was quite distracting and testified to the fact that this was after all Crown Troupe “Out of style” – no singing, no dancing in their usual exciting formation.

Call me biased, but the bad mouthing that the women dished on the randy philandering men, was worth all the laughter and claps. The troupe never disappoints acting wise, although the plot would have unfolded better with less “telling,” and maybe some parts of the play could have been cut out to avoid the drag.  — Iquo DianaAbasi 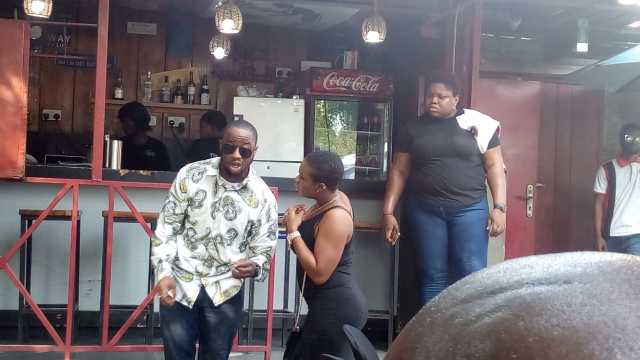 This play typified the soul and heart of Lagos living; noise, swag, and the relentless hope of her denizens. The atypical love story in the heart of the usual Lagos hustle, it shows how three young persons – Emem, Ele and Tunde – had to rise above the rowdiness that the city epitomizes, in order to achieve their dreams. Their stories, pain, and yearnings speak to you and you realize that it could be you on the Barbeque bar-turned stage.

Written by Paul Ugbede, and produced by a collaboration of Oxzygen Koncepts and One-6 production firms, it is no surprise that the production was near-perfect, the play had lines that were crisp and filled with anecdotes both suggestive and expository, the acting was quite good, and their use of space, music, and movements, great!

A Slice of Good Things may be one of the few pieces of the Lagos Theatre festival which lasted less than an hour, but it was one of very few shows that left me feeling like nothing could make this play better than it is. I wanted to shout “Encore” when the cast took their bows, but alas!  — Iquo DianaAbasi 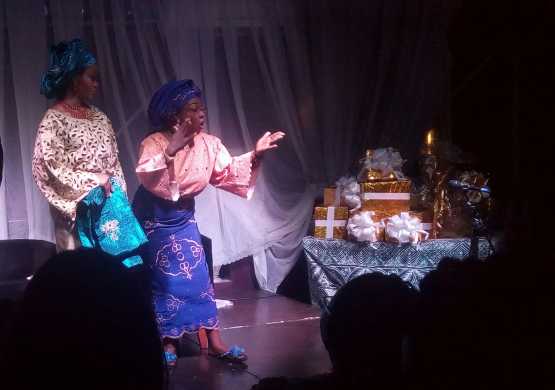 Packed with a stellar cast, and glittery makeup and costumes, this particular production, although well attended (it needed a third showing as the seats were sold out), left me aching for more, and not in a good way, but in the sense that I felt cheated. It had better dialogue than many of the other plays at the Lagos theatre festival, but the plot was quite ordinary, predictable, and could frankly have done more for me if there had been at least one twist.

As it was, Damilola Adegite-Attoh gave a good interpretation of her role with outstanding eye movements and facial expressions, Osas Ighodaro-Ajibade gave a decent showing, and Bolanle Atitebi-Haastrup did good as the cooking, cleaning, 24-hour-praying mother we all love to hate; pity the plot fell short.  — Iquo DianaAbasi 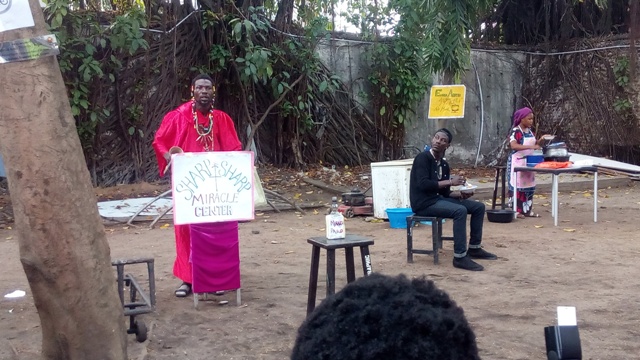 Bode Asiyanbi’s play was staged at the Lagos theatre festival and was directed by the Konkere exponent himself, Tunji Sotimirin. Filled with Lagos banter and humour, the cast treated the audience to some freestyle rap too — “Owo Eko, Eko loun gbe…” is a refrain that will not leave my memory any time soon.

The play explores greed, lack of compassion and what happens when scammers get conned. Humour is rife in this play, but it doesn’t take anything away from the story, instead it adds to it, in a way that only Lagos mannerisms can. From an aspiring rap artiste to his poor beans-trader mother, a cantankerous area boy (Omo Onile), a fake prophet with his many acrobatics (Alagba Toromaya), and a sarcastic veteran (Baba 1960), the play sure had them in their elements. Sadly, everyone else in this play, including the rapper-wannabe-son, is out to do the poor trade in.  — Iquo DianaAbasi

Sexuality remains a big question here, a question Nigerians still refuse to confront outside of jokes and hurled insults. Watching Sisi Pelebe and seeing the cast break boundaries — incest, transsexuality, gay love — brings home this fact. Through a family of what the hypocritical world would call “sexual deviants,” Sisi Pelebe confronts the hard questions in a way that would grate on the nerves of a society still reluctant to openly speak about issues pertaining to sex. The twists are hidden in every tear, in every smile, and behind every glare. By the time this tightly dialogued play ends, we learn that on a drunk night out a girl got pregnant by her brother, that the father was a woman and that the mother who claims she was a lesbian is in fact married to her lesbian lover who transitioned into a man. Hmmm.

This is superb! In more ways than one, and not majorly because of the taboo topics that were explored. The acting was crisp, the chemistry between the cast well oiled, and the transitioning nicely done. My superb comes from the fact that this was the first show I saw at the festival and none other could match it. — Chiagozie  Nwonwu

What’s a story without a twist? Refugee Saga started out as a seemingly benign prison visit and then the engaging back and forth between a prisoner and the philanthropist who aimed to free him shimmered and then there was that twist.

Watching this play, the fact that a black man is playing a white man, that Nigerian actors are interpreting prison warders in a European country like they would the average warder/policeman in a Nigerian prison didn’t throw me off. If anything, the contrast added positively to the performance and the enjoyment of it.

With perhaps the best dialogue of all the plays I saw at the Lagos Theatre festival 2017, Refugee Saga’s brilliant use of props and space awed in no small way. I sincerely hope this play transcends the festival. — Chiagozie Nwonwu

This article was originally published on www.olisa.tv. Reposted with permission. Read the original article. 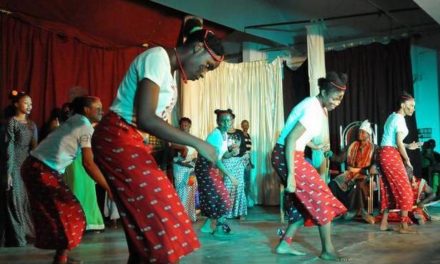 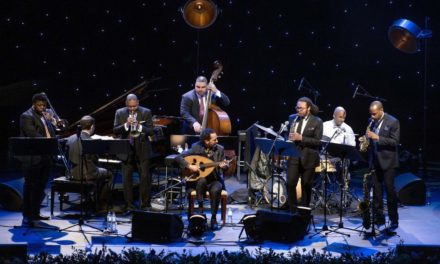