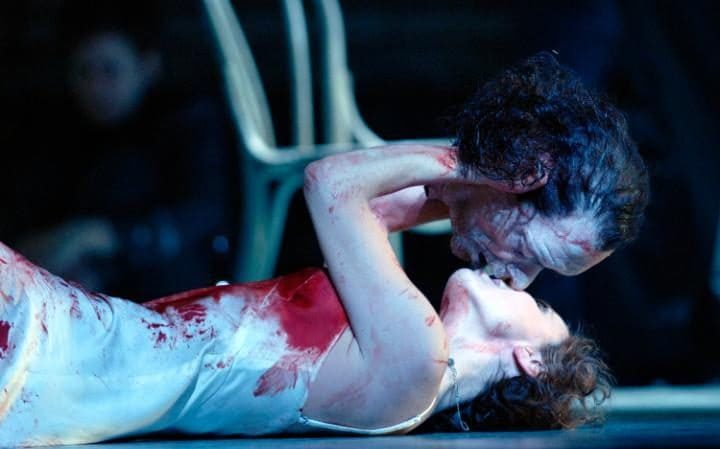 Scenes depicting graphic sex and violence have a role in modern opera, the departing director of the Royal Opera House has said in a defiant parting shot. Kasper Holten is leaving Covent Garden next weekend after a controversial six-year reign. Audiences booed an explicit production of Lucia di Lammermoor featuring an S&M-inspired murder. A graphic rape scene in Guillaume Tell was also heavily criticised. But the Dane will depart with a parting shot – the ROH is collaborating with the V&A on a major exhibition, exploring passion and politics in opera over 400 years.

The display will demonstrate that shocking scenes have always played an important role in the art form.

Visitors will be warned that gory scenes of Salome cradling the decapitated head of John the Baptist, played on large screens during a section devoted to Richard Strauss’s explosive modernist opera Salome, may be unsuitable for children.

Holten, the ROH’s director of opera, said: “I think opera can sometimes be shocking and unsettling – that’s part of the operatic experience. I hope in my six years in London I’ve helped remind people of that.” He added: “This exhibition will show that these masterworks were often created by

He added: “This exhibition will show that these masterworks were often created by a composer who chose very dark, controversial, complex subjects.”

“Salome isn’t just a woman in a pretty dress singing arias. Do we do these composers a favour if we only present them in safe, traditional ways so people can enjoy romantic, escapist fantasies?”

Defending his Covent Garden record, Mr. Holten said: People ask me ‘What do you think about the booing?’ and I say ‘What an incredible thing that we have an audience that cares so much.’”

The exhibition will use Verdi’s 1842 work Nabucco, which became an unofficial anthem for Italian unification, to demonstrate how opera has always reflected political upheaval. But Mr. Holten said a “Brexit opera” would be “naff.”

He said: “Opera is not good at immediate reaction to the 24/7 news cycle but there will be operas which have strong resonances of the topics around Brexit like populism and give an emotional background.”

“We hope to show audiences, both those in love with opera already and those who are still missing out, that the art form is alive and kicking and has as much to say to the society around it today as it did 400 years ago.”

Mr. Holten wants the exhibition to “change the conversation around opera” among people in the UK who are still wary of attending a performance.

The “immersive” exhibition, featuring 300 objects, including the original score of Nabucco loaned from Milan and performances played on headphones, will be the first staged in the V&A’s new purpose-built Sainsbury Gallery, one of the largest exhibition spaces in Europe.

Lucy Worsley and Sir Antonio Pappano, the ROH’s music director, will present a major BBC2 documentary series, exploring the seven landmark operas around which the exhibition is based.

This article was first published at inews.co.uk and reposted with permission of the author. Read the original article here. 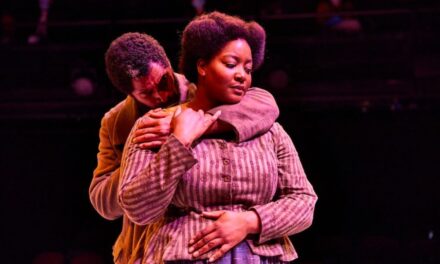