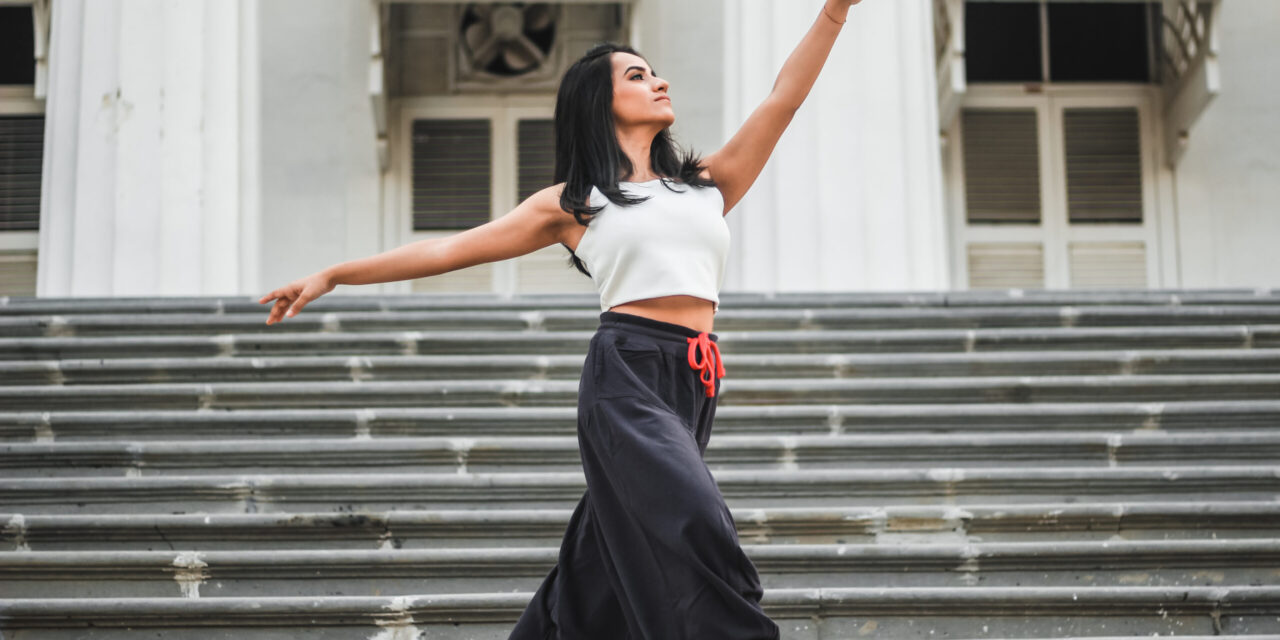 At the time of the writing of this article, the historic events of January 6th, January 20th, and beyond had not yet occurred. The following thoughts were captured in the anxious and stressful slice of time between the end of 2020 and the beginning of 2021, when arts futures were even less certain than they are now.

The 9th Annual New Play Kennedy Center Dramaturgy Intensive was held this Summer from July 24th to August 2nd. However, the Dramaturgy Intensive (along with the rest of the world) came to a screeching halt when the Kennedy Center announced a sweeping round of furloughs in early April. Nationwide travel was no longer safe due to growing Covid-19 Pandemic concerns, and large gatherings were coming under scrutiny from public health officials everywhere. The now omnipresent protocols and regulations were freshly minted at the time, and it seemed that the future of live art, not to mention the Intensive, was losing stability by the day.

This would be the first time since 2011 that the Intensive would not run. The John F. Kennedy Center for the Performing Arts, the National New Play Network and Literary Managers and Dramaturgs of the Americas have united annually to sponsor this Intensive to prepare emerging dramaturgs for careers in a variety of fields. Co-founded by the Director of the Dramaturgy Intensive, Mark Bly, and Gregg Henry, Artistic Director of the Kennedy Center American College Theater Festival, this event has become a notable part of the Kennedy Center’s programming, and a coveted opportunity in the field of dramaturgy and literary management. In addition to guest speakers and discussion forums, the Intensive always includes opportunities for budding dramaturgs to observe rehearsals of new scripts by Graduate Playwrights from the United States and Canada as they move through the development process. The week ends with readings of those plays, and a chance for the Dramaturgy Fellows to reflect on observations and experiences as a group, with Henry and Bly facilitating the discussion. The Intensive is usually marked by a number of networking opportunities such as social hours, lunch breaks and city outings, providing for a well-rounded experience for each Dramaturgy Fellow selected. I was one of the fortunate few invited to attend the event, and I had been looking forward to
seeing what it was that the Center had put together.

In the chaos that was the early pandemic, Bly and Henry were not only unsure what would be in the best interests of the potential participants, but also how anything at all could be accomplished amidst the turbulence. One thing was sure, however. The Intensive would continue under any circumstances. When asked about the decision, Bly remarked that it came down to the questions “What is it that we can offer? What can we actually put on the table that is meaningful and of value?” He continued, saying,

“Surely the mentor dramaturgs sharing their thoughts on the practice of dramaturgy and observing them online in rehearsal, perhaps my own experience in the field and interaction with artists, and finally reenforcing the importance of listening intently until your ears bleed as a dramaturg to the other artists in the room and translating that into meaningful action.”

With these priorities in mind, the Intensive continued virtually. I was curious to see how this could possibly unfold, but I was grateful that something- anything- was going forward. The Zoom platform was deployed to simulate movement between various “rooms” in which participants met the speakers and attended the virtual rehearsals. Although not held in the celebrated halls of the Kennedy Center, the Intensive still managed to carve out a space for creativity and exchange of ideas from participants across the globe. This proved something of a challenge, as almost every time zone was represented from Birmingham, England to Vancouver, British Columbia, but due to swift, nimble daily scheduling from assistant Kaela Hogan and Gregg Henry and a stiff fight against zoom fatigue from the participants, almost everyone was able to attend the sessions that they were most interested in watching. Because of time zones, work schedules and family care, many speakers generously allowed their presentations to be recorded and watched asynchronously, so that each participant could watch it on their own time. I myself was not able to attend every session, and appreciated the recordings that were made. Balancing family responsibilities, work and the impossible task of shutting out the news had proven a rather full plate for me, but there were attendees who sacrificed much more that I did to seize this incredible opportunity.

With a little over a month to wrangle the entire agenda together, Henry and Bly turned to their never-ending source of contacts to provide a diverse network of dramaturgs and producers who represented every facet of the field. Julie Felise Dubiner, Martine Green-Rogers, Gavin Witt, Anne M. Morgan, Freddie Ashley, and numerous others all spoke to the participants, offering their years of experience, insight and inspiration.

Their work at major resident theatres across the United States was nuanced and diverse, and their love for dramaturgy and theatre echoed loudly. To me, it felt as if the unconventional circumstances and fragile future of the American Theatre had ignited everyone at the Intensive to remember what it was they loved about the field, and how they wanted to see it grow and adapt. After their remarks, participants had time to ask questions and receive detailed answers from the presenters and from Bly, who moderated the presentations. Because there could be up to three guest speakers in a single day, as well as two to three opportunities to observe rehearsals, it felt necessary to gather as a group in the evenings and distill the day together in a more relaxed, focused environment. This gave participants a chance to speak honestly and openly about their experiences and take-aways from the day, as well as to catch up on occurrences that happened in each rehearsal room, since not every participant could be in every place.

In addition to the mentoring sessions and new play rehearsals, a few larger events were held in conjunction with the Intensive. Our Introductory Day opened with a panel titled “Decolonizing New Play Development” (set up by Gregg Henry, co-produced by the National New Play Network and the organization Calling Up Justice). This invaluable session was followed with remarks from Annalisa Dias, Madeleine Sayet and Mark Bly. Being a BIPOC (Black Indigenous People of Color Artist), I appreciated the remarks made on this panel, and felt that it was an excellent conversation to have before we launched into a week of theatre-making. It prioritized the idea of decolonizing new work and invited participants actively to implement it in the rehearsal rooms and in their own future practice. At the end of the week a social hour with the directors and playwrights was also held, organized by The New Play Exchange. After a round of introductions, participants were placed in “breakout rooms” over the Zoom platform, allowing for more personal conversation and networking to take place.

In my opinion, however, the best event to take place outside of the regular mentorship sessions and rehearsals took place asynchronously. An interview with director Moises Kaufman, conducted by Bly, was sent to the dramaturgy participants for their viewing. This interview provided powerful insights from Kaufman’s professional and personal history, as he spoke about the role of diversity and inclusion in his own process of storytelling. This interview struck a firm chord with me as I watched it, noting Kaufman’s unwavering honesty and sincere conviction to tell stories about past, present and future happenings through perspectives that are often erased. I believe that it was Bly’s personal relationship with Kaufman and his thoughtfully prepared questions that allowed Kaufman to speak with a candid and fierce hope for the future of theatre and our society. This interview was the most comforting media that I consumed all year. In a time of raging anger, hypocrisy, sickness, death, unrest and ignorance, I felt perfectly at peace listening to Kaufman’s words. Every sentence he said was glazed with hope, empathy and complete sincerity. His attitude really made me believe that there was not only a future for art but also for humanity, and that it was going to be a happy future. To hear two such esteemed artists speak to one another with such optimism from the heart of the beleaguered theatre capital New York City, was a reset for me. If these two decorated artists were ready to keep fighting and keep fixing, then so was I.

If my experiences with the Intensive had ended here, I would happily declare that the virtual format fulfilled every expectation of excellence and quality that the Kennedy Center is known for. But Bly and Henry did not stop there. After the conclusion of eight fully saturated days, Bly shared that there would be follow-up sessions focusing on “Alternate Careers in Dramaturgy” as he was acutely aware of our own tenuous futures as theatres were furloughing dramaturgs and literary managers. Already in the Fall of 2020 Bly has hosted and arranged for us to have animated and invaluable conversations in Zoom Rooms with Rachel Rusch Rich (Bad Robot Producer), Ken Cerniglia (Hadestown Dramaturg and Disney Theatricals Group Dramaturg and Literary Manager) and Michelle Lynch (Kennedy Center Intensive Alumnus and DC New Play Producer.)

The future is not certain. The pandemic still lingers in the air quite literally and a divided nation still rages on about elections, inaugurations and transitions. The Arts still bleed revenue daily, and career prospects for early career dramaturgs such as myself are burning down to embers. I, however, remain optimistic, refreshed and rejuvenated by the faces I met this Summer and Fall. Artists were made for tough times like these, and we will roll onward.