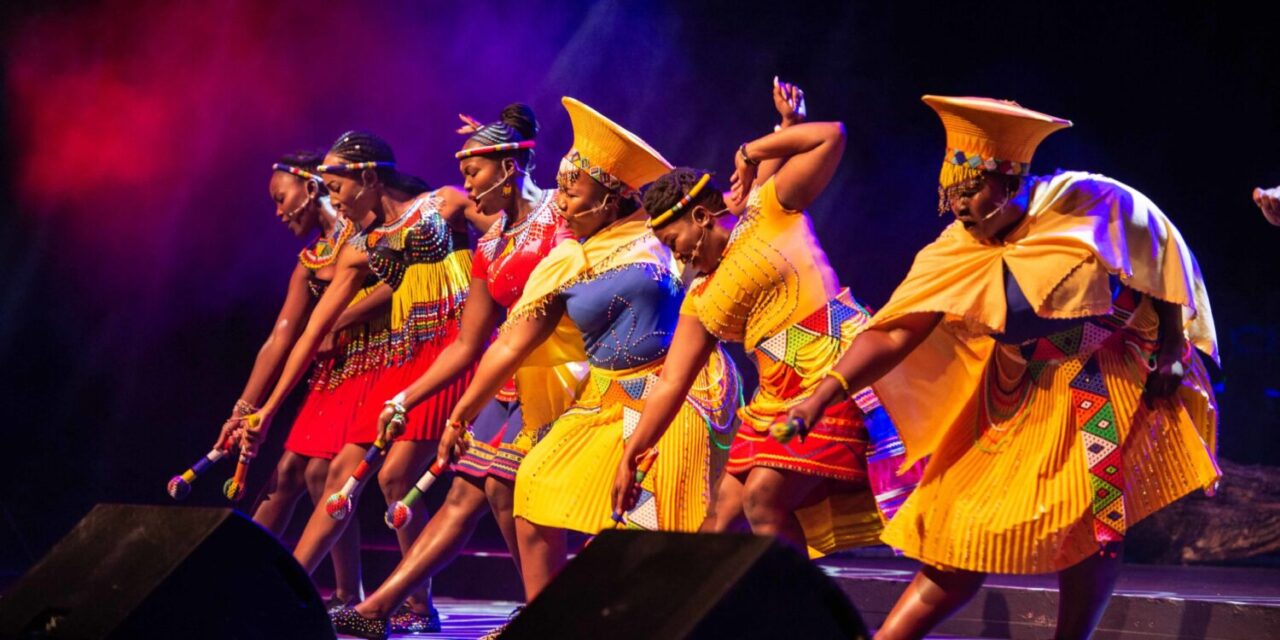 "Battle of Isandlwana" at Joburg Theatre.

Recently staged to SOLD-OUT audiences at the Joburg Theatre, the Isandlwana Lecture: Narration through Song by acclaimed musician, sociologist, historian and griot Mbuso Khoza featuring The Afrikan Heritage Ensemble is a powerful attempt to revisit through song the famous story of the Battle of Isandlwana. Whilst the facts and what transpired on 22 January 1879 are largely considered as ‘general knowledge’ within the public domain, what this particular production sought to do was go beyond what seemed to be a fixation with the unexpected yet astonishing victory of the Zulu nation over the British – to delve into the lives of the men who on that fateful day went into the battle not knowing whether or not they would prevail but emboldened by the moral conviction that they were defending their land against the might of the British empire.

For Mbuso Khoza, history is useful only if we learn from it and this meant that he had to find ways to re-imagine the kind of lives led by the Zulu warriors, certain common conversations, mundane day-to-day activities and other little known histo-cultural anecdotes which he expertly weaves into the narrative to create something akin to a masterpiece! Mbuso Khoza in Battle of Isandlwana.

The key to unearthing all of that was the delve into the music, the beats and the sounds and everything else in between. As a musician, Mbuso Khoza is accomplished and well-respected hence when he takes to the stage and leads with assured authority the eclectic ensemble made up of colorful characters depicting a vast diversity of the South African population, the result is something which invokes a sense of pride and tugs at the audience’s heartstrings of who they were and/or ought to be.

Conceived as a ‘lecture’ yet defying the strict and moribund nature of academia, the Isandlwana Lecture: Narration through Song is a breath of fresh air in how in one show the beauty and richness of the amahubo is juxtaposed with key historical events as re-told in a contemporary and accessible manner. Furthermore, Mbuso argues that it is necessary and urgent to debunk not only the ‘lecture-format’ where the imparting and/or sharing of knowledge is strictly dictated by certain unwritten rules of academia – his quest thus becomes one of problematizing knowledge, its production as well as how it is shared or consumed. In music, which is enjoyed by all and sundry and does not necessarily prevent anyone from taking part or contributing, Mbuso Khoza thus demonstrates that there is so much more to the battle – through the mahubo, which are not to be confused with their contemporary definition of ‘psalms’, the lives of the Zulu warriors and nation have their dignity restored and when the curtain does come down the audience feels that they have been part of something which could be described a transformative musical experience!

Isandlwana Lecture: Narration through Song will be presented by Mbuso Khoza featuring Afrikan Heritage Ensemble at The Joburg Theatre from 24 – 26 January 2020.

The next show is Amahubo in Concert featuring Mbuso Khoza, Afrikan Heritage Ensemble and Zawadi YaMungu takes place on 28 & 29 February at the State Theatre, Pretoria.

This article was originally posted at theafricantheatremagazine.com on February 7th, 2020, and has been reposted with permission. To read the original article, click here.