Is The New York Theater Scene Serving Disabled Artists And The Disabled Population? 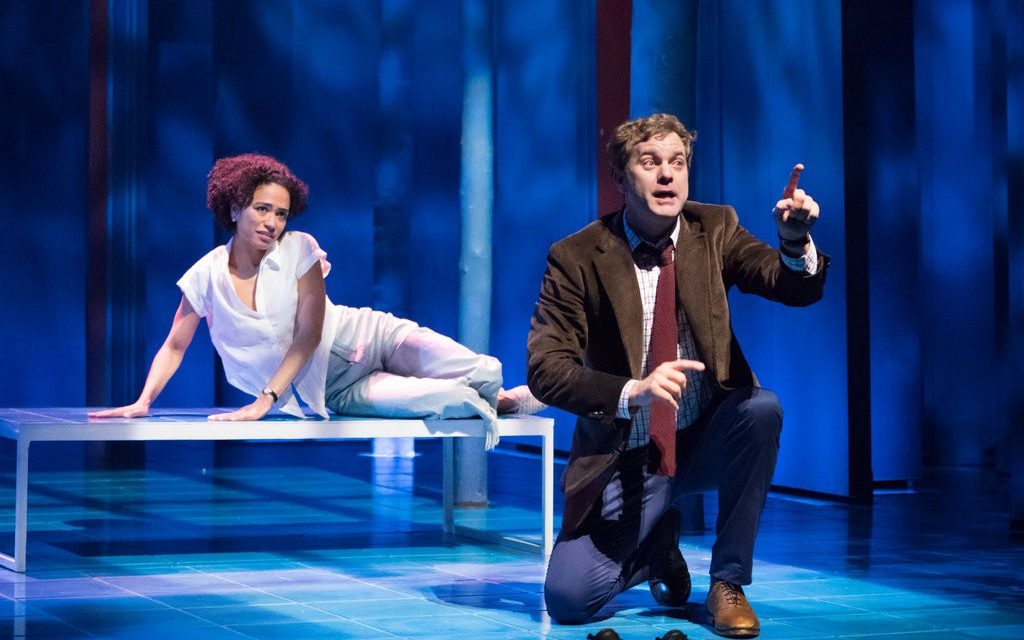 The New York theater scene is often thought of as the pinnacle of progression, where the newest shows that explore relevant topics are produced and then showcased around the world. Within the past few years, disability awareness and activism has sparked concerns about the lack of disability representation in media, and rightly so.

On the surface, a number of New York theaters have shown themselves a little more willing to include disability into their narratives. The first major breakthrough to get attention, Deaf West’s Broadway production of Spring Awakening, introduced ASL as part of its choreography and included disabled actors. This made for a positive start, even though it was merely an addition to an already established musical, but that’s where the positives end. Further exploration shows disability seemingly comes in only two forms: pity or evil. 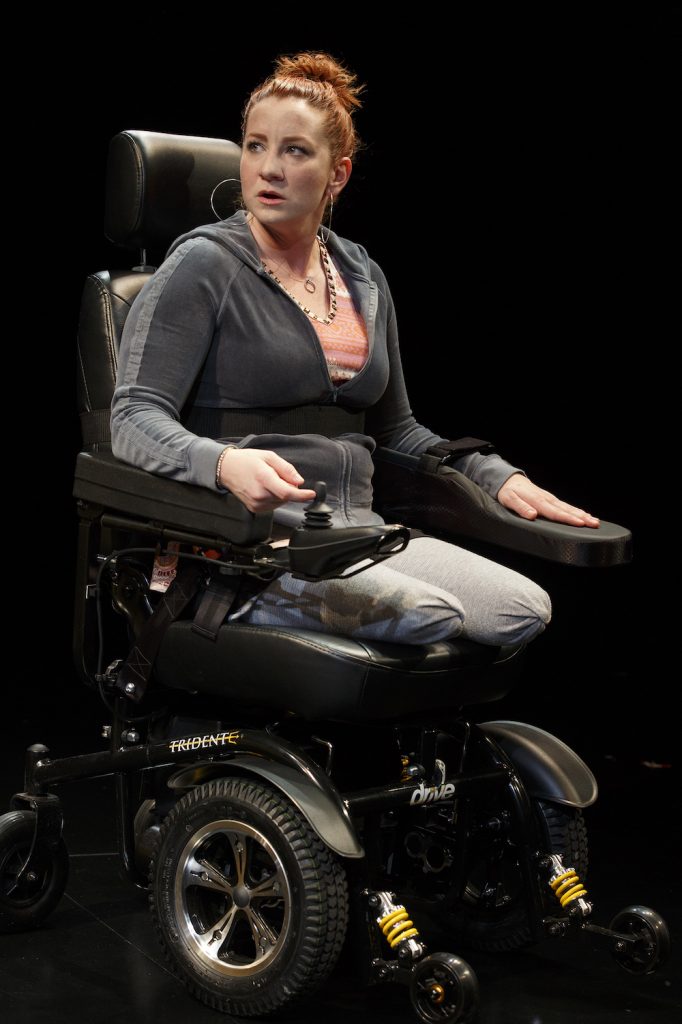 Also featured on Broadway was the revival of Children Of A Lesser God, also featuring a deaf actress playing the main (deaf) character who refuses to learn to speak, which is consistently depicted as negative. However, even though this play is supposedly her story, she is not the one who gets to tell it, rather it is her nondisabled husband who does, making the disability representation seems false and pushing disabled characters out of the way to make way for the more favored nondisabled characters, something that has occurred over and over in the real lives of disabled people.

The Off-Broadway scene has proved just as insensitive, if not more so. Manhattan Theatre Club’s Cost Of Living may have won the Pulitzer and used disabled actors to represent disabled characters and important parts of their lives, but the play’s ending makes it seem like it was meant to be a dialogue about the main characters’ caregivers. This again subverts the importance of the disabled characters’ lives and stories, which made for a confusing takeaway and the disappointment of being forced under the rug once again.

Roundabout’s Amy And The Orphans took the idea of including disability one step further by including Jamie Brewer, a cognitively disabled actress known for her roles in American Horror Story. While it is truly a move toward the positive to see a well-known actor with a disability making a name for herself in various media forms, it was disheartening to see her play a character with her disability (and thus not be given the opportunity to grow as an actor) who is made out to seem as though she is not capable of making her own decisions as a human being. And once again, even though the play’s press made Amy out to be the main character, it is her two older siblings who carry the story until Amy speaks out at the end for her recognition. Unfortunately, her plea to be listened to has been reverberating around the disabled community for some time. Instead of asking for help, it’s time for action. With this production, Roundabout has shown that they’re stuck in the past when they should be moving forward and putting disabled actors in roles that have nothing to do with disability, rather than stating disabled people deserve to be heard.

The Apothetae is a disabled-led theater company run by Gregg Mozgala, its mission being to produce works that explore and illuminate the “Disabled Experience” by focusing on newly commissioned plays and material that already exist in that feature characters with disabilities or deal with disabled themes. By making visible the human impact of disabled people throughout history, Mozgala believes empathy can be practiced, perceptions changed, and new communities forged through the collaborative and transformative power of the artistic process.

Teenage Dick, a clever re-telling of Shakespeare’s Richard III, was commissioned and conceived by The Apothetae and produced by Ma-Yi Theatre Company. While featuring two disabled actors, the show falls short of the company’s mission by showcasing one of the two “disabled experiences” that are seen too often: the narrative of villainy. While it is important to show disability in all kinds of roles, Richard in this play is the villain because of his disability and its effects. To get what he wants, he exploits his disability on multiple levels to receive pity from others, yet he complains when he gets pity unwarranted, which places him on the same level as his over-enthusiastic English teacher, who sees Richard as inspiration porn. 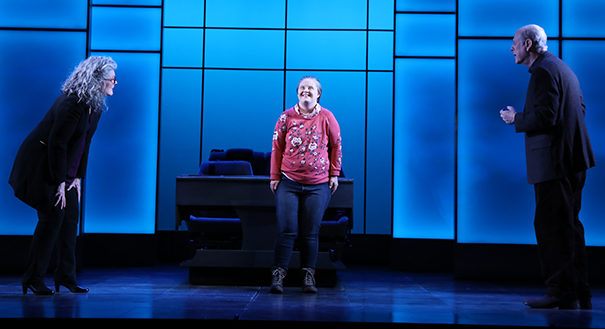 Mozgala backs up his choice of the narrative by claiming that he sees the character “as a challenge to persistent narratives and representations of Disability in popular culture…Richard seemed the antithesis to these depictions, and while often portrayed as a villain, I saw a deeply flawed and tragic individual.” While his statement has merit and it can be positive to turn stereotypes around and embrace them, society hasn’t made it to that point yet. Before those with disabilities are painted as villains (again), let’s positively represent them as well-rounded and likable human beings.

Ultimately, it seems that the press is patting the New York theater scene on the back for jumping on the bandwagon and producing shows that have to do with disability, but none of these shows show disability in a healthy, nondestructive way.

Jesse Green of The New York Times, in response to Teenage Dick, writes “But much as we need new works featuring disabled characters, there is something just as exciting in the re-examination of old ones to see how they might accommodate disabled actors or be made more thematically accessible in light of modern experience. We do it for buildings—why not plays?” There is a lot wrong with this statement, but what’s most frightening is that Green sees theater as a place for the disabled to merely be accommodated, where it should be a place of acceptance and inclusion.

Not one of these shows places a disabled actor in a role that has nothing to do with disability, which is the next logical step for inclusion, as is ensuring that writers with disabilities are commissioned to write and assist nondisabled writers who want to write about disability. Playwrights must create stories about disability in a way that celebrates the characters and doesn’t reduce them to tropes.

Smaller theaters that are known for their dedication to developing new work sometimes produce shows that directly or indirectly deal with a disability or disabled characters. For example, Premiere Stages at Kean University recently debuted Brick City by Nicole Pandolfo, and while one of the main characters utilizes a wheelchair, she is first developed as a person and she is recognized as such by the other characters. Her disability is only discussed to further the plot and she is the one who is in charge of those conversations. In addition, the theater company’s premiere of Linger featured an actor with a disability playing a character without one. This is the kind of disability theatre that everyone should be seeing, especially on Broadway and in other major hubs.

There are also a few theater companies that cater to advancing the work of actors, writers, and theatre workers with disabilities. Theater Breaking Through Barriers (TBTB) is one such company that has been producing work in New York since the 1980s, though it was known then as Theater By The Blind. The company not only produces and commissions work involved with a disability but most importantly, is dedicated to showcasing theater that has nothing to do with a disability while still casting disabled actors and hiring disabled writers and administrators.

While the bigger names of the theatre world may be misguided in their attempts to include disability and disabled characters and engage with disabled actors, there is still hope for a future where inclusion means telling different kinds of stories about disability and not utilizing the same tropes. It also means that disability can be positive–or even have nothing to do with the plot at all. 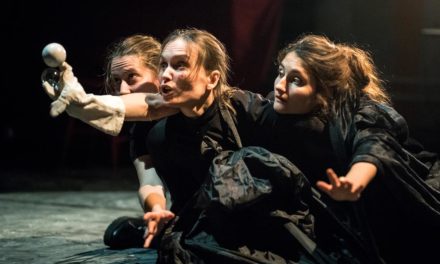 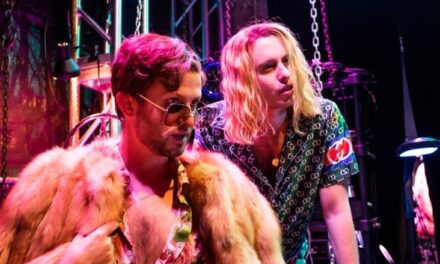 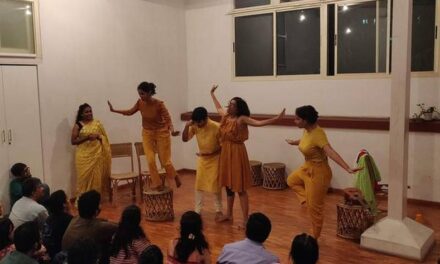 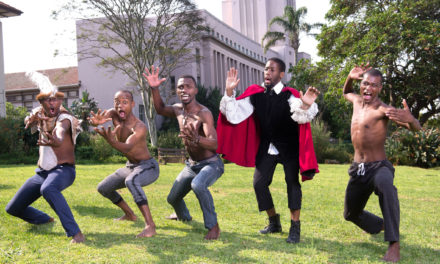