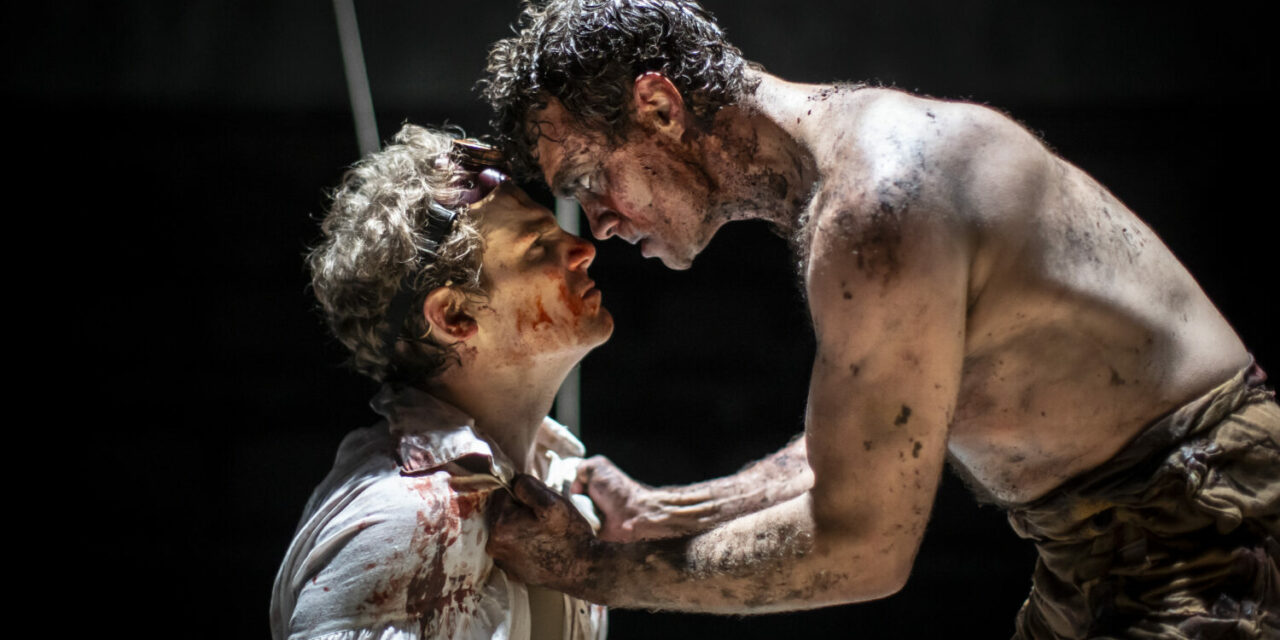 Emily Mann, long-time Artistic Director of the McCarter Theatre in Princeton, New Jersey is stepping down after 30 years at the helm of one of the nation’s leading non-profit theaters. Her achievements at the McCarter are numerous and consist of a Regional Theatre Tony Award and the presentation of 160 productions, including 40 world premieres. Following are excerpts from our recent conversation.

Jack Wernick: Do you recall when you first knew you wanted a career in theater?

Emily Mann: I do, actually. When I was in college I was one of the leaders of our undergrad theater; I was acting and directing. My male colleagues were trying to decide to have a film career. I was told, “Women can’t direct or write professional theater. You should consider children’s theater.” I wanted to do it more than anything. I went to the Guthrie and (earned an MFA at) the University of Minnesota. It’s been my life stream since high school.

JW: How has your relationship to commercial theater changed during your time as Artistic Director of the McCarter?

EM: One of the things I love about being an Artistic Director is it’s not all about me. Part of it is about the commercial theater. I did three Broadway shows while at the McCarter. My relationship changed with David Leavaux and Christopher Durang. It was a great job to be able to advocate for my colleagues than (just) for myself. Also, there was a time when the commercial theater came to the not-for-profits for commercial work. We made a decision that we were not a roadhouse or a tryout venue; we were collaborators, not producers.

JW: How has your vision for the McCarter changed over the years?

EM: It hasn’t, it’s deepened and broadened. When I came here I wanted to do experimental work and new work. As a writer that meant a lot to me. I was interested in hearing from voices that weren’t being heard; people of color. Those were my two goals. It broadened into working with communities all around, to hear the voices of people not being heard and to seek out the audience for that. We worked very hard to achieve that.

I don’t think the vision changed but it did broaden and deepen to include all aspects of the operation. It included commercial work, board work, different forms of marketing. The other important mantra I got from friend and mentor Sir Peter Hall (National Theatre): “I never give advice but I will tell you this: Never just pick a title. Never pick a play. Every production had to be an event.” That never changed.

JW: How has the role of theater in American society changed in the past several years?

EM: Since I’ve been alive everyone has predicted the death of theater. There’s been an enormous cultural shift with media, webcasts, phones. Culture has changed along with the technology.
Hamilton still has enormous power. When I think we have lost power, we might have to go about it in different ways. As the country feels more and more isolated behind their screens they’re going to crave more live theater. People are wanting more community engagement. Live (performance) has become a rare commodity. I’m very optimistic about the theater. We’re coming out of a cultural shift. We’re becoming a part of what people want and need.

JW: How have leading regional theaters such as the McCarter most significantly changed the face of American theater?

EM: What we all have done in the network for not-for-profit, our national theater . . . the mission of the majority of us is to keep theater as an art form, to work on theater, to work on new plays and classic plays for the sake of it, not to make money. What is fantastic about it is there could be no Hadestown without a little theater in Vermont. Where the wonderful new work is happening is in the not-for-profit theater. The National Theater Network embraces this new work. Some of the best (work) end up in New York City where you still need to go for the national spotlight. Hadestown went from many national theaters, including the National Theatre (of Great Britain). Now it will go on the road on a national tour. You would not have the new work without the not-for-profit theaters.

JW: What is one of your favorite accomplishments while leading the McCarter?

EM: One of them is mentorship. I’ve had the incredible opportunity to mentor. Our theater takes (on) the development of leaders of the next generation of theater. Our most beautiful new artists, Danai Gurira and Tarell Alvin McCraney . . . we got Danai to Liberia. So many triumphs of the younger generation.

Also being able to support the work of the giants like Edward Albee, Athol Fugard, often when they were not being appreciated. I liked being able to help them to continue, (to create) some of their most interesting work. I’m very interested in supporting the work of women and people of color.

I wrote four plays and five adaptations while I was here and was able to continue my work here. I was able to write my last play (Gloria: A Life). I was able to keep my writing going and some of the best directing I did in my career was here. Also, bringing our education department up to the gold standard in the country. All the groups we were able to bring it to; we saved lives. Bringing our plays to the inner city. Many youngsters who didn’t know what their future would be went on to college and had extraordinary lives. So much to celebrate and be happy about.

JW: What excites you most about your 30th and final season as the McCarter’s Artistic Director?

EM: In so many ways, I’m taking a huge exhale. I’m really excited to share my last play with my audience. One of my dearest friends, Mary McDonnell, is finally back here at the McCarter. It’s a remarkable feeling, to be doing this reunion with a woman who has gone on the become a film star.

For Frankenstein (opening in October) we’ve been collaborating with the Lookingglass Theatre Company. It’s one of my greatest achievements. We commissioned Rachel Bonds’ new play Goodnight Nobody (opening in November.) The fourth show is directed by one of my most successful mentees, Adam Immerwahr. He wanted to do Sleuth (by Anthony Shaffer.) I’m thrilled to show off how amazing Adam’s work is. He’s now an Artistic Director himself. He worked his way up at the McCarter.

We’re ending with another trilogy. A hugely ambitious play by Nathan Alan Davis. He’s a playwright of color who’s emerging and I think he’s going to have an extraordinary impact on American theater.

It’s been amazing to create it and to light my successors’ torch as I move on to my next chapter. I’m celebrating.

JW: What’s next for you in the theater?

EM: I was commissioned by (Dutch producer) Robin de Levita to write a stage adaptation of The Pianist. Polanski’s movie was based on a memoir by Władisław Szpilman. My play is a stage adaptation of the memoir, not the film. This is something that could only be done onstage. I’m very excited about that and hope to have it done in 2020.

I’ve been getting interested in other plays of mine and to direct. I’m going to be a playwright and director and freelance artist again. And keep my activism, particularly in the theater for women and people of color.

There’s something that Gloria Steinem told me: “Don’t be sure, just let the universe tell you.” She sat down and wrote 250 pages, the worst 250 pages of her life. What I learned from that was to do nothing until I felt compelled to do something. I thought of Gloria and things came to me. That’s how I hope to continue the journey. 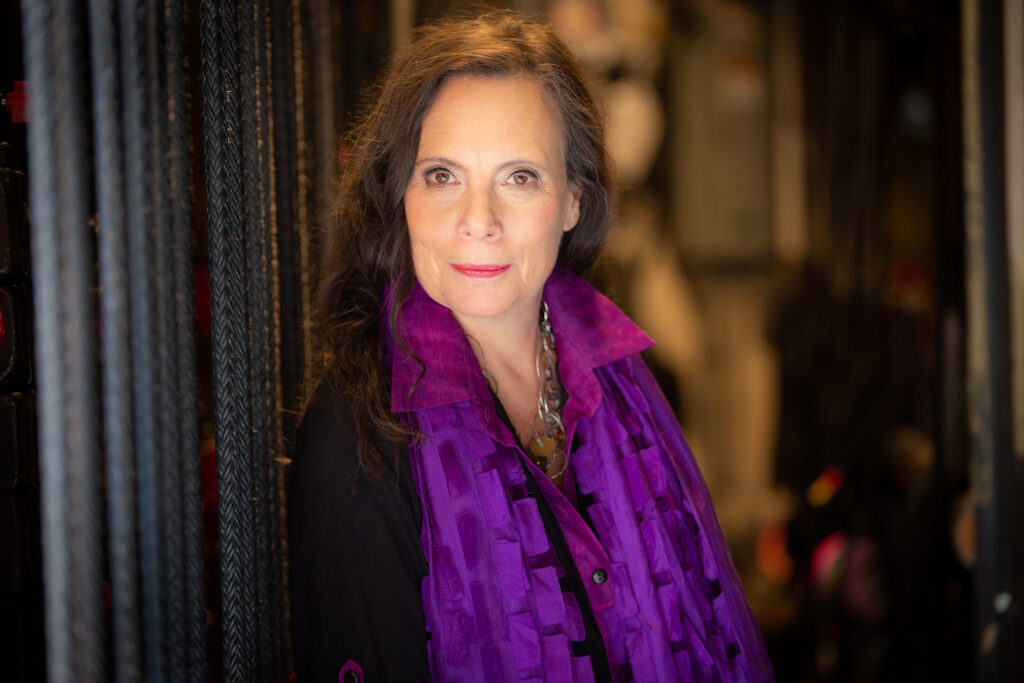 The McCarter Theatre is at 91 University Place in Princeton, New Jersey.