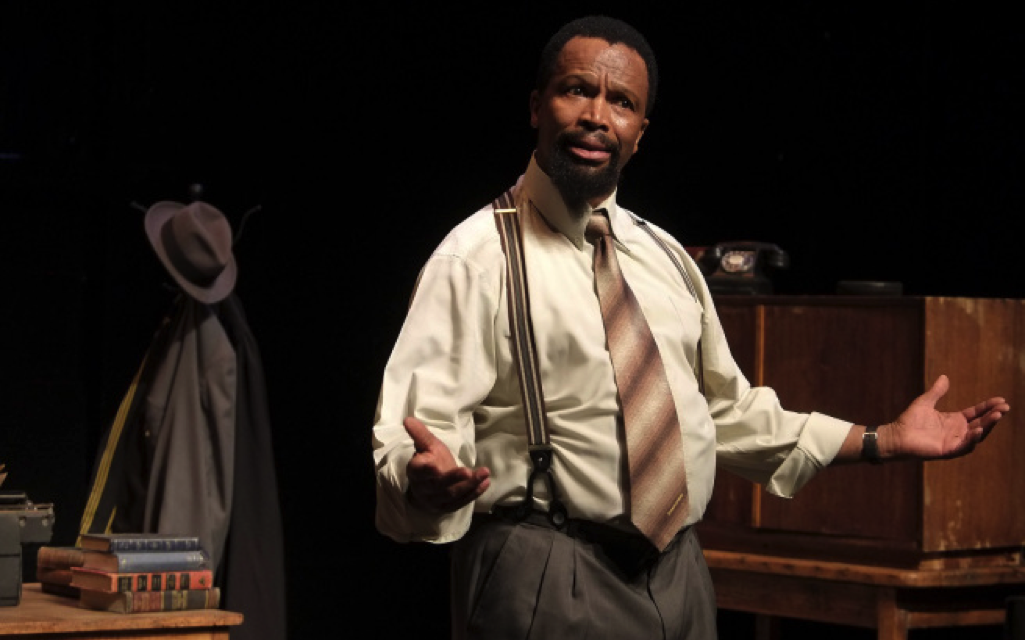 It’s the perfect storm when the playwright, director, and actor all come together this sweetly as it did in Mahala’s The House Of Truth.

Telling stories from our past, especially in this country, South Africa, reminds us of where we come from, what we have lost and how many lives were affected, often devastated by the laws in a land functioning for a handful of white people.

And while it takes us back to a dark past which we should never forget, that is not what The House Of Truth is about. The focus is on Can Themba, a writer and raconteur of remarkable quality, a man who regales us with tales of his life and his longings in spite of his hardships, all the result purely of the color of his skin.

But he soldiers on, thank goodness, or we wouldn’t have had any of his writing which is all pleasurable and a reminder of the creativity that is so much a part of this continent and adds to the richness of our cultural landscape from the past with much to learn for the present.

His real desire was to be an educator but because of the laws of the land, the color of his skin, even with the degrees and certificates in hand, the government of the day found ways to block his desires and his means of a livelihood for him and his family.

Instead, he had to turn to his writing and became the assistant editor of Drum Magazine, an iconic publication of the time with many of the country’s top (black) writers part of the much-revered editorial team. Yet, again, he was thwarted in his desire to earn a living with an income well below what someone of his status would be earning in a normal world.

The writer/educator is craftily captured in Mahala’s text and it is amazing that this is his first play. It is cleverly put together in a way that illustrates the struggling writer who wanted nothing more than to be a teacher which was blocked in every conceivable way shattering his only hope for a future in his beloved country. And while battling to fight the good fight, a bottle of brandy looms ever larger becoming a metaphor for his fast downward-spiraling life.

It explains much about his personality but also his life and again reminds us that as in all these oppressive situations, survival is always tougher for those who have the ability to speak their minds–something Themba did with such flair and fire.

Actor Maake kaNcube steps onto stage into a role that he obviously relishes and has refined in the time he has been touring with the production. It’s great that it is being afforded more than just a single run (not often possible because of the lack of resources) because it tells such a personable and enlightening story about our past and people who should be honored and remembered.

In this remarkable actor’s hands, Themba comes alive in a way that is completely his own. There’s nothing straightforward about the performance which turns into a dance as he moves between the writer and the man who finds his stories all around him from the shebeens to the Sof’town streets. As a bonus, he also does a heart-warming rendition of Madiba perhaps the results of his earlier turn in Rivonia Trial. And a strong reprimand that when we need one again for stage or screen, we don’t have to look beyond our borders, we have our own Mandela to tell his story. He does so with authenticity. 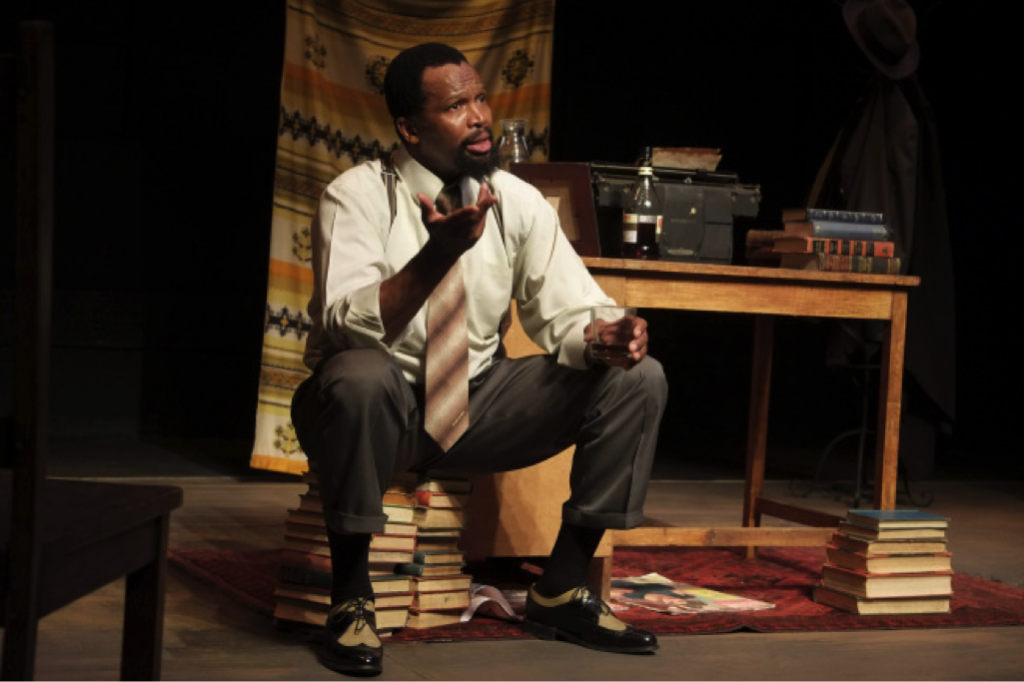 Sello Maake kaNcube as Can Themba. Photo by Neo Mntsoma

Maake kaNcube reminds us what a fine actor he is by not giving the expected performance, but imbuing Can Themba with a spirit that colorfully portrays the man with all his rhythms and rough edges, an individual voice and a way of displaying his intonation that says much more than words can, about his personality.

There’s a strong beating heart with director Cooke deftly using the solo performance in a way that is never static yet doesn’t feel choreographed which is always the dilemma in these kinds of solo shows. Trying to avoid the talking heads syndrome, it can sometimes suppress the life of a production.

Not with these two stalwarts. With Cooke’s experienced artistic vision and kaNcube’s performance skills, they do justice to Mahala’s invigorating script in a way that’s mesmerizing and enthralling. One would have imagined that most of us would be as familiar with Themba as was possible, but this piece shows his life in a completely novel way–with many life lessons to boot. That’s when you discover the magic of a production when you leave with so much more than when you arrived. And that’s theatre at its best.

Apart from stricter editing which would allow for a slightly shorter show, it’s a near-perfect production and one that brings much joy–from performance to storytelling of a personal kind which we need much more of in this country. It’s a healing experience.

Can Themba’s voice is one that should be heard. And in this show, the volume is at its sharpest.