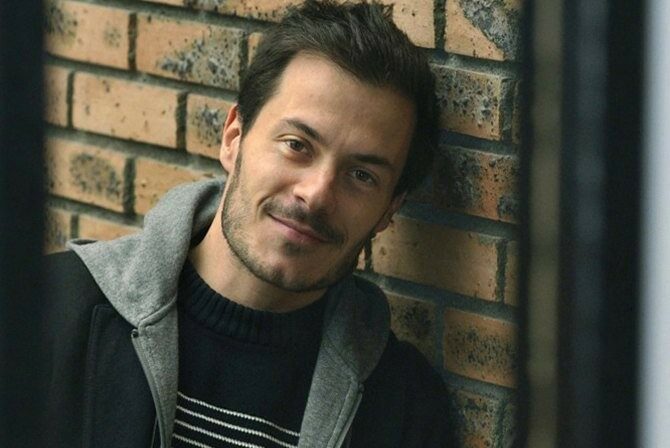 Recently, in February, Johanny Bert, Director/actor/puppeteer developed the play She No Princess, He No Hero by Magali Mougel, featuring two American actors in New York. A 2016 commission, the French production of the play has been touring France since then. Now, the play has been translated into English by Chris Campbell and will be presented in March, part of Tilt Kids Festival 2019 at FIAF.

She No Princess, He No Hero is an intimate and poignant theater piece that transports the audience into the mind of young boys and girls, as it confronts the cultural stereotypes imposed on them as they come of age.

After the rehearsals in New York, Johanny shared his impressions with us.

Nicole: Could you tell us about the experience you just had with American actors, compared with the French production. Did you have to adapt the play for the American environment, the text, the acting?  What was the challenge you faced?  What did you gain from this experience?

Johanny:  It is the first time I re-adapt a play in a foreign language, and when I came to New York for the rehearsals, it was also my first time in the city. What an amazing experience!

Indeed, I was wondering if the themes of She No Princess, He No Hero would sound as pertinent here in the States as they did with the audience in France.

Courtney Geraghty, artistic director of FIAF (French Institute Alliance Française) saw the production at the Avignon Festival and suggested I come to re-create it in New York. After consideration with her team, she picked She no Princess, He No Hero and I knew it meant that they were convinced the subject of girl/boy identity could move the American young audience as well as adults.

Right at the beginning of the rehearsals, we worked with the actors in researching their own childhoods and their memories of their feelings. Then they performed in front of groups of children and we could tell it worked.  Even if I think that in New York, the respect for differences seems to be better assimilated than in France, the questions raised in the play moved the audience: The personal journey of the two characters telling about their childhood, the relationship with their parents and other adults. Magali Mougel’s text is strong and convincing.   I think it speaks about childhood with true sincerity and it is unflinching.   The issues described in the play are universal. We performed the French version in Morocco and the audience’s feedback was deeply interesting.

Johanny: I am respectful of any culture. I do not want to compare or judge one culture with the other. In Marrackech, for example, the French actors, Delphine Léonard et Julien Bonnet, performed in a private school where girls were wearing pink blouses and the boys’ blue shirts. In another town, the adults, as well as the children, had never seen a performance with actors so close to them and Delphine and Julien were surprised to see them taking notes during the show about their experience as a spectator. In another school, the feedback after the show was similar to the ones we could hear in France where children told us that boys could not be weak and girls are obviously princesses…

About the staging, it is mainly about directing the actors as I made the choice not to use any set, any theater lighting, and instead create a close relationship between the actors and the spectators. I love working with the actors and I loved working with Marleny and Zan, the two American actors who joined the project. They are both precise, connected with their childhood without inventing a childish character. Actors have to be as deeply committed for a young audience production as for any other performance.

The young audience is a complex and demanding one.

Children can easily dive into a story, a narration, an imaginary world, but they can also easily escape it. I believe they need authenticity, and this performance put the actors bare in front of a group of spectators without the artificial conventions of theater; this is what fascinates me in this project.

Thus, the performance relies a lot on the actors and on their contributions.

Even if the staging remains the same, the characters are different. Marleny and Zan with their imaginations and their energies brought to light elements of the text that I rediscovered, and they opened new paths for the performance.

Nicole: You also trained as a puppeteer, so objects have an essential place in your creations, as is the case in She No Princess, He No Hero.

Johanny: In She No Princess… the objects are a projection from the real world to an imaginary one. One cannot speak of puppetry. The actors play with these objects as if they are images/traces of their childhood, as marks of a past that is called back to the present.

I am more a hybrid artist. I did not go through much training but instead, I learn by creating performances and meeting with other artists. Each creation is a new experience for me and it is the dramaturgy, the purpose that guides me. It is true that the creations I develop bring together several disciplines such as the manipulation of objects, puppetry but also dance in Le Petit Bain (*) or the art video work developed for Un Lieu a soi, (*) or the collaboration with singers.

I am particularly concerned by issues such as identity and difference. These days, I am preparing a performance, HEN, for an adult audience with a puppet, manipulated by two actors visible to the public. The character will transform itself and play with masculine and feminine images and a body that can slough, transform and blend itself with sarcasm and insolence. It is not a transvestite, nor a transsexual, not a transgender character. It is a character full of life.   Exuberant, an enraged diva wearing high heels that expresses itself in singing love, hope, body and sex without feeling repressed.

We can’t wait to see your work.

This article originally appeared on French Culture and has been reposted with permission. 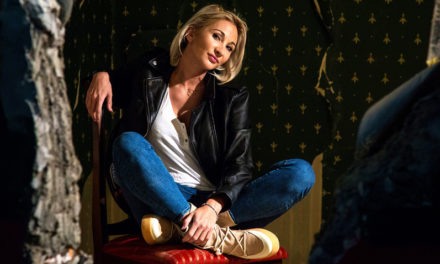