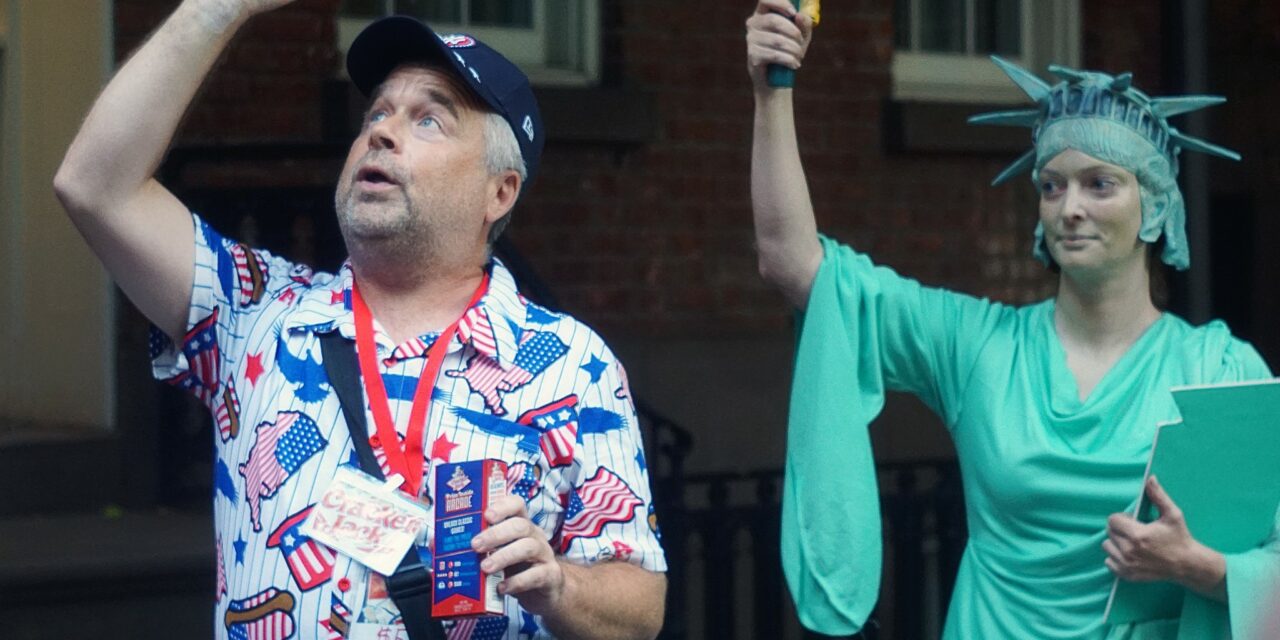 New York’s storied Cherry Lane Theatre in the West Village was recently the home of the LAByrinth Theater Company’s politically charged Installation on America. Presented in a limited engagement as a late summer offering, Installation included a prelude in front of the venue before first moving to the lobby and then finally, into the auditorium for a stirring scene featuring caged detainees. The whole evening was approximately 45 minutes in duration, a bracing and topical presentation on a troubling issue that has inordinately impacted Latinos. Thus, it was appropriate that LAByrinth, one of New York’s most acclaimed, diverse theater companies, would tackle this crisis.

I had an opportunity to speak with Kristina Poe, a LAB member, and playwright who first presented her concept for the “Installation” to the company earlier this summer. Several fellow company members contributed to the final text, as well as performing in Installation. Following are excerpts from our conversation.

Jack Wernick: Can you explain a bit about Installation on America?

Kristina Poe: I’ve been in a state of frustration and anger for two years. At the beginning of July, I felt the desire to try to do something. The Cherry Lane had an opening for a few days. I thought if we can’t do something, what are we doing in the theatre? I had a concept and brought it up at a company meeting. I started talking to people and they started freaking out. Toward the end of the month, we did a story idea thread and that went out to company members. “Give me your thoughts on this process. What do you think we should be focusing on family separation?” Thoughts, family, history, intellectual structure; these are the themes I kept coming up with. We could easily be the people who could be in trouble. Our ancestors could have been the people in trouble.

The Declaration of Independence is one of the most beautiful works I’ve ever read. If you come into grace in a room you can achieve the American Dream. I wanted to be genuine, which would allow for a natural subversion. We had a read through (a week before opening). John Ortiz (Artistic Director of LAByrinth Theater Company) challenged me on how dramaturgically it would flow. I never expected the kind of collaboration that showed up on this. The first performance was our first run through. Your immigrant parents are no different than the people who are in cages. The Cherry Lane has always been about using the art (of the theatre) to confront what’s happening in the world. Judith Malina (of the Living Theater) chased a fire marshal down the street in response to a false fire alarm.

JW: Why an installation? In performance, installation usually refers to an event indoors while the first segment of this piece is set outdoors, in front of the theatre.

KP: I didn’t think of it as indoor or outdoor. The original idea was very much if you think of a haunted house or theme ride. We could create this atmosphere on the street. Setting up a carnival state fair, kind of. We needed to use the outdoors for crowd control. Installation seemed to fit. It was not a theatre piece. We didn’t want to say it was a play or a performance. We felt (this piece was) performance art more than theatre. Never in my life did I think I’d be doing a performance piece in the West Village.

JW: The “Installation” is so rich with potential. Are there plans to develop the work into a lengthier piece with more conventional theatrical components such as additional dialogue?

KP: There are none. We were amazed that it went so well. The outdoor seating was exuberant, like a parade. Right now, no.

JW: What is your hope for an audience take away from this performance?

KP: I always was clear what I wanted which is what LAB and most art should try to do. I want people to come out evolved. The more you can get into people to open them up, the more you can reach people. When you watch that scene in the cage, you can’t look away. The more you get into people’s souls, the more you tell the truth. I love this country and the idea of what this country is. We’re (currently) really messed up as a country. People just wanna feel good. It’s not just Trump who’s messed up with the truth. I’m calling people (so that) we can connect with each other, allow us to be better people. Everybody is at their best when going through something terrible together, for instance, 9/11. This is what art is, this is what we do. Let’s get in there. 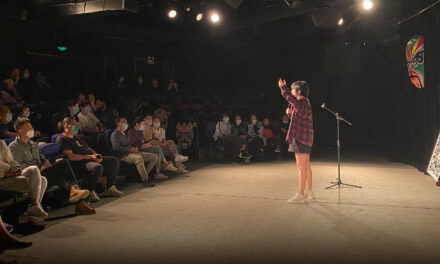