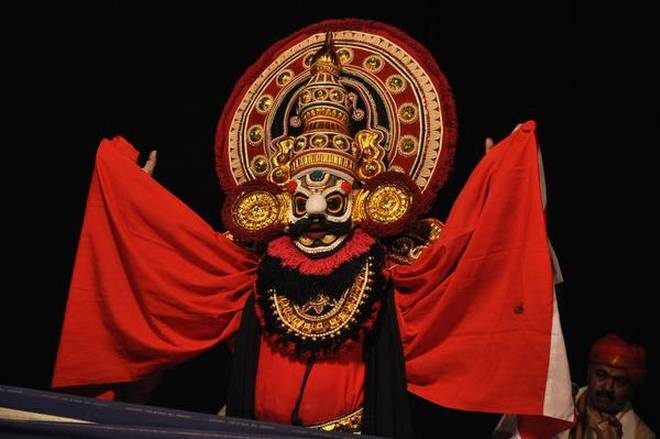 The casual observer might well consider most traditional theatre forms of India to be monolithic institutions whose tenets have been passed down centuries. While the provenance or historicity of these forms are never called into question, the variations and nuanced diversity innate to a performance style is often glossed over by the pervasive exoticisation of our times. For instance, the catch-all Yakshagana, or the traditional theatre of coastal Karnataka, conjures up images of archetypal performances in all too familiar regalia that are scarcely indistinguishable from each other. Yet, there are several strains of performance styles still extant that can all be considered to be bona fide Yakshagana practices in their own right but are distinct from each other in both emphatic and subtle ways. Rather than a rigidly structured arts practice, Yakshagana is an amorphous cultural phenomenon with many offshoots and sub-cultures, which makes its position in the pantheon of Indian performing arts all the more rich and formidable.

For instance, Tenkutittu is the southern style of Yakshagana that is prevalent in Karnataka’s South Canara and Udupi districts and in adjoining Kasaragod in Kerala. The music of this style of folk theatre is perhaps quite akin to Kathakali than that of Badagutittu (or the northern style of Yakshagana), in that it draws heavily from Carnatic traditions both in terms of vocalization and instrumentation. Badagutittu has a perceivable Hindustani music influence. In the book, Yakshagana, A Dance Drama Of India, the author Martha Bush Ashton writes about how the bhagavata (the chief singer) plays a gong similar to that used in Kathakali instead of the small cymbals favored by Badagutittu practitioners. The color schemes of the two strains are also distinct. Tenkutittu’s dazzling dance choreography (the dhiginas or jumping spins in the air are particularly popular) contrasts with Badagutittu’s emphasis on facial expressions and dialogue. They do share several aspects of performance presentation, including similar repertoires of open-air all-night performances with all the ornamental trappings that make veritable gods of actors in the eyes of their bewitched audiences. Yakshagana is said to have originated between the 11th to 15th centuries, and it is indeed heartening that to this day, troupes flourish across Karnataka, with the temple city of Udupi emerging as the cultural mainstay of this tradition. That’s certainly a reputation that deserves more of an airing than simply being known as the friendly neighborhood dosa center.

Quite appropriately, a showcase of Yakshagana performances and talks will be showcased this weekend, under the aegis of the NCPA’s annual “Living Traditions” series, now in its tenth edition. Two well-known troupes from Udupi will present both aforementioned variants of Yakshagana this weekend, and each performance will be preceded by presentations by the well-known Tulu and Kannada scholar Purushothama Bilimale, who will incorporate archival footage from the 1930s culled from the Archives and Research Centre for Ethnomusicology.

March 17, Chakravyuha was presented in the Tenkutittu style by the Theatre Yaksha group, and on Sunday, Jatayu Moksha in Badagutittu by the Yaksharanga group. These recitals are, of course, drawn from the great epics. Because the stories are so well known, the recitals acquire a significance quite distinct from mere storytelling. The narration becomes incidental and the poise and interpretative qualities in an actor’s turn takes center stage. Innovative improvisations are part of the turf, and to what extent they can elevate a performance depends, of course, on the virtuosity of the performer. For this sojourn to Mumbai, both troupes have traveled light, with teams of just ten odd players each (including the actors and musicians).

This article originally appeared in The Hindu on March 16, 2018, and has been republished with permission. 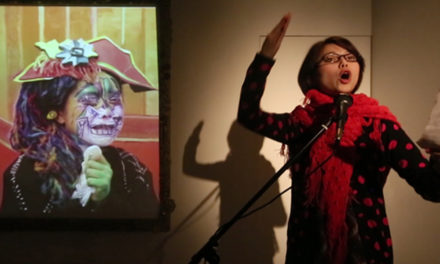