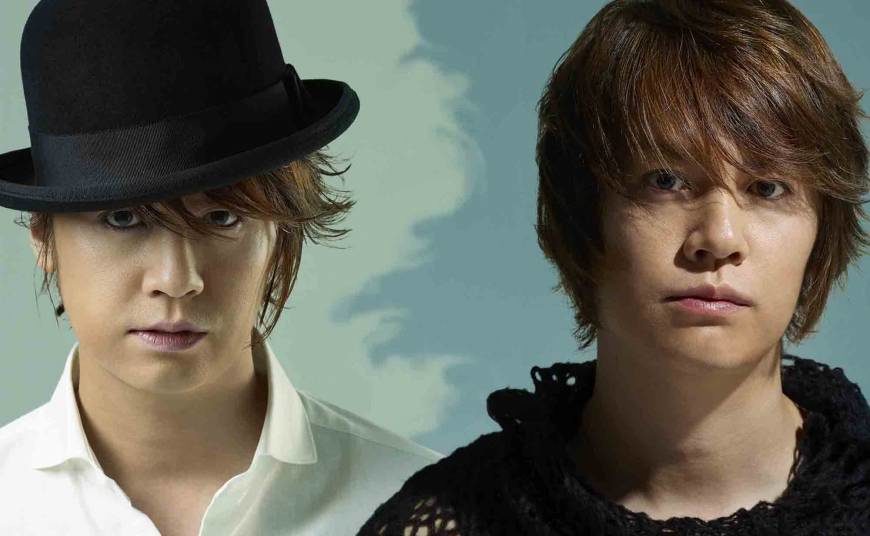 Art's what you make it: Director Yang Jung-ung says that the play "Peer Gynt" is all about the search for identity, so it makes sense that Kenji Urai's Peer Gynt would be different in character to previous actors' versions of the titular character. | © YASUHIDE KUGE

South Korean director Yang Jung-ung’s career has spanned several continents. From his theater work, with casts of numerous nationalities, to his role as artistic director for the 2018 Pyeongchang Winter Olympics, it’s clear he has long had the world in his sights.

“I’ve always been drawn to experimental, intercultural directors such as the Italian Eugenio Barba, who is based in Denmark, Poland’s Italy-based pioneer Jerzy Grotowski and the great globe-trotting German modern dance icon Pina Bausch,” he says.

Recently, though, the 48-year-old dramatist has been working out of a rehearsal studio at Setagaya Public Theatre in Tokyo, where he is set to stage Henrik Ibsen’s 1867 masterpiece Peer Gynt with 15 Japanese and five Korean actors. It’s at the theater that Yang tells The Japan Times that his international outlook led him to work for years with artists in Europe and across Asia before he founded his Yohangza (Voyager) Theatre Company in Seoul in 1997.

In fact, this will be Yang’s second tilt at the great, swirlingly imaginative tale of downfall and redemption by the mighty Norwegian “father of realism” since Yang’s all-Korean production scooped the honors for top play, director, and stage design at the Korea Theater Awards in 2009.

The upcoming version, however—which uses Japanese subtitles when actors speak in Korean—sees the title role of a self-centered, lazy farm lad with delusions of grandeur acted not by a compatriot of Yang’s but by Japanese actor Kenji Urai, who is a big star in this country’s current musicals boom.

The play itself focuses on the titular antihero whose drunken father has lost all the family’s money, plunging him and his mother, Ase (Marcia, who goes by one name professionally), into poverty. So, in a hare-brained bid to restore their fortunes, Peer sets off on a journey through some familiar, and several fantastical, realms to realize his dream of becoming a king and being rich.

In doing so, he leaves behind his sweet, devoted girlfriend Solveig (Shuri)—only to find that when he returns to his hut as an old man failed in his quest, she is there waiting uncritically for him still. Finally, then, her sincerity and love illuminate this dreamer’s soul with a wonderful realization of what life is really all about.

For his current staging, despite again using the text from his 2009 adaptation, Yang says that the way the actors of both nationalities and the Japanese crew have been eagerly exchanging ideas and trying out improvisations is sure to produce an entirely different outcome.

In addition, the director says he aims to create “an updated, 2017 Peer Gynt from a zero base in all aspects”—including the stage sets, costumes, lighting, and even his own approach to the work.

Specifically, to enhance Peer’s wanderings through Arabia, Europe and elsewhere, across oceans, deserts, and mountains, and in his struggles with fiends and demons, he cites this production’s contemporary, multi-genre music by composer Kazuki Kunihiro, who will perform it live on the stage.

“I think the true nature of theater is actually realized in the communication between people,” Yang says. “By using improvisation acting practice in our rehearsals, I’ve tried to enable the whole cast to grasp the essence of the play either through chance or that crucial thing called intuition—but to release their creativity they must be really open because good theater demands mutual trust.”

Yang emphasizes that the play itself addresses the universal theme of a person’s true self and their search for identity.

“In that sense, any actor has their own Peer within, so this will be Urai’s,” he says. “I think he has a broad grounding inside himself to occupy the title role and react to all the characters and situations he faces. In my Korean version, the actor was quite sharp and wild, Urai’s Peer is more waggish and naive—like his ikemen (handsome young man) appearance. However, I’m sure he can also display the other side of Peer—his inner anguish and evasion of reality.”

Then, as if on cue, Urai joins in, saying: “Every time I’ve been interviewed I’ve always explained my understanding of Peer as honestly as I could—but I always give different answers because the more I study this play, the more I find different meanings in it.

“Yet I always remember that Peer is definitely Ibsen himself, and his focus was on depicting human beings even though this work can seem to be a fantasy at times.”

Urai says that in rehearsals for the play everyone would talk about their own roles in relation to their own understanding of Peer, which was different for each person.

“It drives their perception of the play,” he says. “I think this is very natural because we are a community, so it’s normal to involve everyone’s opinions.”

In particular, Urai pointed out that the director and his wife, Yoon Da-kyung—who plays several roles—established an open atmosphere from the beginning by declaring that there were “no wrongs in our rehearsal room.”

For example, he says that each day began with meditation in an attempt to “free ourselves and reaffirm our trust to all work together.” Urai says the actors then gradually started to talk about their own private troubles in a way he’d never experienced before.

“Remarkably, everyone began openly exchanging frank opinions about the play, too,” he adds. “In contrast, creating a play in the standard way in Japan is usually just about reading lines at a table, because it seems a waste of time to build all-round communication in a very limited schedule. But now I’ve realized that’s actually the most important thing to do in a rehearsal room.”

Yang says his cross-cultural experience in theater has shown him people are basically not so different, although political or historical factors or the education in different countries could create elements of discord.

“I’ve been able to work closely with Japanese theater people this time and I’ve really felt the synergy in our collaboration,” he says. “So we’ve discussed borders, language and ideology, and in that process we have confirmed the primacy of our human relationships.

“Yet unlike with an all-Japanese production, I realized we don’t know enough about the others,” Urai adds. “So to bridge the linguistic and interpersonal gaps, we first started shaking hands and hugging each other. Afterward things relaxed and we began cooperating openly without having to discuss our opinions much—after all, it’s not clever to try and be clever by scoring points, and we’d just be wasting time we could use to achieve something together.”

Peer Gynt runs from December 6 to 24 at Setagaya Public Theatre in Tokyo. It then heads to Hyogo Performing Arts Center in Nishinomiya, Hyogo Prefecture, on December 30 and 31. The performance is mainly in Japanese, with Japanese subtitles for Korean-speaking parts. For more information, visit setagaya-pt.jp.

This post originally appeared on Japan Times on December 5, 2017, and has been republished with permission.