Hope Azeda And Her Art That Heals 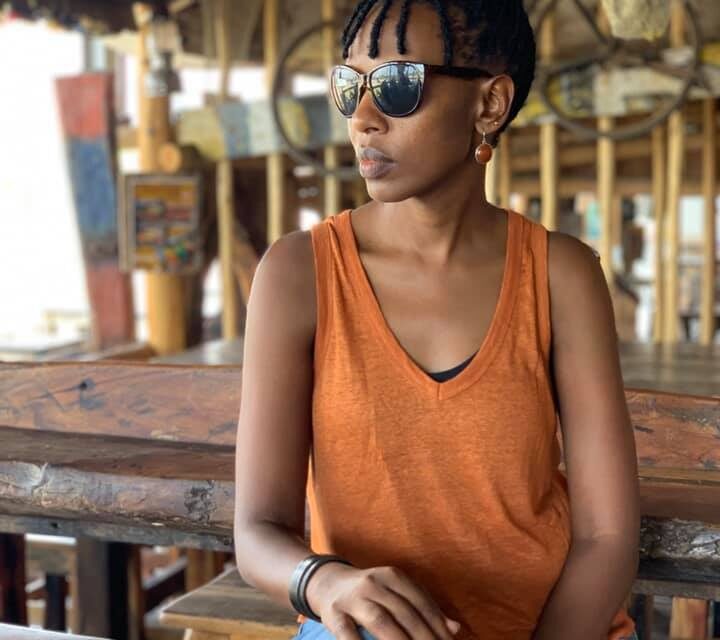 “Theatre in Rwanda? Are you crazy? There’s no theatre in Rwanda,” said Hope Azeda’s brother when she asked him to take her to Rwanda. Hope, now a monumental figure in Rwanda’s theatre, was intent on seeing a Government official who had promised her support to make theatre in the small East African country. Despite her brother’s misgivings, Hope wore hope like a second skin.

So, sometime in 2000, hope saw Hope, with a khaki envelope clutched in her hands, get onto a bus for a rather unfamiliar journey to Kigali. The envelope contained her most precious possession then, Amashyiga ya Sehutiswa, a dramatic script; and certainly the only copy there was in the world. She was a girl fresh out of Makerere University. She had been born and raised in Uganda. She was simply returning home.

A few months before graduation, Azeda had met the Director of Information in the Rwandan Government at the National Theatre in Kampala who had asked her to come home after school and start theatre there. He had been impressed by Azeda’s outstanding performance as a Rwandan deejay in Alex Mukulu’s Mambo Bado.

She arrived in Kigali in the very oddities of circumstances. The Director was out of the office. She had no official appointment to see him. But Hope did not retreat nor surrender. She remembered the age-old wisdom of her headmaster at Namasagali College a school where she had her secondary education back in Uganda: ‘Fr Grimes always reminded us to walk and knock on the right door. I didn’t want to leave my envelope with the wrong people.’ Hope could have met Mother Luck that morning, for when the Director walked into the waiting lounge, he quickly recognized her.

Since the country had no conventional theatre culture then, her first placement was at Radio Rwanda. “There were only traditional dances and radio dramas; that’s what I found,” reveals Azeda, “Every Thursday, at 8:00 pm, people would rush to pick their radios and listen to these dramas.” By and large, her work at the radio involved editing and writing radio scripts.

The nonexistent theatre culture or theatre spaces would not deter Hope from creating art. Over the years, she has mastered the art of doing theatre in found spaces that for her, “spaces have become part of the storytelling.”

A Theatre Confronting the Horrors of Genocide

In her first year in radio, Hope rekindled her hope in theatre. The apocalyptic effects of the 1994 Genocide against the Tutsi and the moderate Hutus slapped her hard in the face. She notes: “When we were in Uganda, they often said God lives in Heaven and sleeps in Rwanda. It was called the land of milk and honey. When I came back to Rwanda, what I thought was home became a school. I was hit by what had happened to this beautiful country. One million people killed in 100 days! Up to this day, I have never understood what happened.”

See also: Mboso Khoza on why the Battle of Isandlwana Remains a Pivotal Moment in African History

There was no better way Hope would nurse the wounds of the Genocide survivors or bring hope to Rwanda than theatre. She mobilized a group of novice actors to work on Amashyiga ya Sehutiswa. “We used to meet under a tree. There was no rehearsal space. No money. Half of the cast left when I told them the script could bring us money,” Hope looks back. They should have believed her because it wasn’t long when she got a contribution of 200 USD from a patron. That was how Mashrika Performing Arts and Media Company was born.

Today, Mashrika is Rwanda’s most foremost arts organization. In an array of over 70 productions, the company, under the artistic stewardship of Azeda, has authenticated the power of using theatre in healing post-genocide trauma and reaffirming humanity. Africa’s Hope (produced in 2004) on the 10th commemoration of Genocide remains one of the most popular of their productions. It is a story of a pregnant woman hiding away from genociders in corpses. Azeda tells it from the point of view of a 10-year old child who lost her family in the genocide and the uncanny questions such a tragedy raises in the child’s callow mind.

Azeda’s other notable plays on the theme of the Genocide include Bridge of Roses (2014) and Generation 25 (2019). The latter was performed at the Kwibuka 25, the official 25th memorial of the Genocide. “It is a Rwandan story but tackles very global questions asked by any generation 25, say in the US, Nigeria or Mexico,” she notes.

In most of her plays, Hope Azeda uses poetry, dance, physical movement, and action. While her actors have specific roles designated to them, the characters are based on true stories. It is, therefore, not uncommon to find actors breakdown during the rehearsal process. Overall, she works with a cast of about 1000, usually performing for over 30,000 people in non-conventional theatre spaces such as stadia.

Her experience of using the arts may have been changing: from remembering Genocide to teaching the young generation, but the sheer motivation of tackling memory runs through all the plays. On the role of her work in post-Genocide rehabilitation, she confesses: “We are here as witness-bearers so that it doesn’t happen again.”

Azeda describes herself as first and foremost a human being: “I’m learning what it means to be human.” It is upon that background that she founded the Ubumuntu Arts Festival in 2015 under the African Leadership Institute project. The festival, curated by Azeda herself, happens at the Genocide Memorial in Kigali every year and attracts about 35 countries. This year, Ubumuntu took “100 Stories of Hope” to online audiences under the theme “Stop, Beathe, Live.” They are also running Our Shared Stories, a collaboration of Rwanda, Germany, and Bosnia.

If you look at the huge scale of her work in theatre, you may not think that this mother of two daughters still finds time for other things. She was, for instance, the casting director of the popular Genocide film, Sometimes in April, and has worked on other film and TV projects such as Shake Hands with the Devil, Beyond the Gates, Africa United, and East Africa’s Got Talent.

Elsewhere described as “Rwanda’s queen of the arts,” Hope Azeda is the country’s rivulet of hope. It is 20 years since Rwandan theatre discovered this pearl, but she is still nourishing the land of a thousand hills, and not about to stop.

This article was originally posted at theafricantheatremagazine.com on July 25th, 2020, and has been reposted with permission. To read the original article, click here. 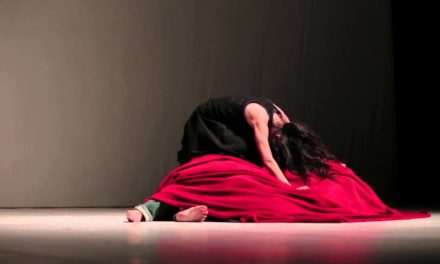 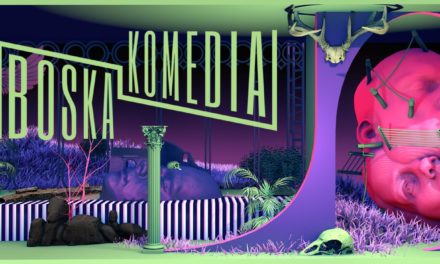