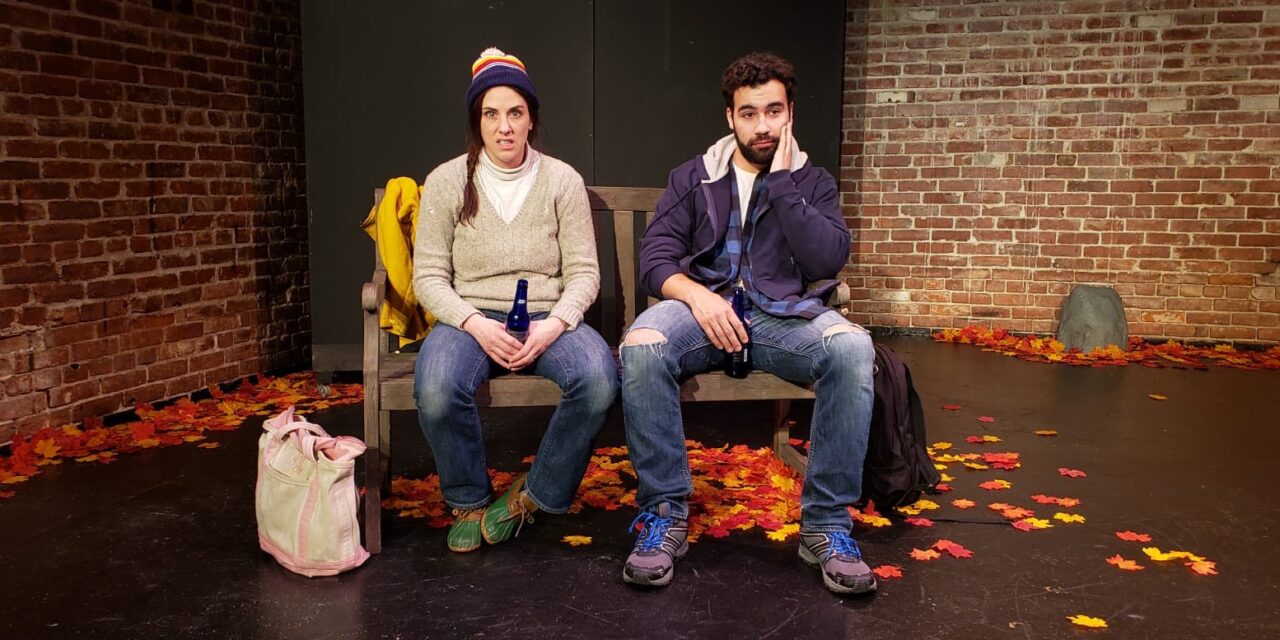 Somewhere along a wooded trail in the middle of Connecticut, something wonderful happened – at least if you were able to catch To Richard! at Hollywood Fringe Festival.  Jessica Durdock Moreno wrote, directed and performed in this two-person show that was such a wonderful antidote to all of the quirky parodies and imaginative world premieres I was able to attend this year.  There’s nothing wrong with quirk but a piece of theatre crafted to highlight the abilities of two actors is always going to win out, in my book.

The audience entered to find Andrew, played by Nicky Romaniello, sweatshirt hood mostly hiding his face, perched on the arm of a bench playing his ukulele.  He’s there at sunrise and pauses momentarily before deciding which way to continue his hike without speaking a word.  Jessica plays Carol, a widow who comes to sit at that particular bench in those woods every year at the same time carrying the urn that contains her husband’s ashes in a canvas tote bag.  She is grief-stricken as if this were a newly opened wound, but she’s also furious with her husband, swearing into the urn, demanding to know whether or not he’s going to let her go.    Jessica’s ability to leap from anger to sobbing despair is thrilling and painful to watch and things get even more interesting when Andrew returns to the bench and nearly scares the life out of her.

As Andrew, Nicky has the art of awkward apologizing down pat as he tries to make Carol understand that her car is blocking his car.  His meeker demeanor infuriates Carol even more just as his presence makes it impossible for her to undergo whatever ritual she has come there to fulfill.  Andrew has dogs that will need to be let out, he says, and suggests that Carol hand over her keys so he can move her car for her but the reality is the park closes at sunset, which is in about an hour, and it would take longer than that for Andrew to hike down, move the car, hike back up, return the keys, then hike back down again.  He offers to run, she makes him leave his backpack as collateral, and the two unknowingly begin a relationship that will alter both of them by the end.

Jessica Durdock Moreno and Nicky Romaniello in To Richard!. Photo by Alex Moreno.

It isn’t just that Andrew takes off his hoodie and accidentally throws it at Carol just after she’s taken the lid off the urn, causing the ashes to fly out, onto the ground.  It isn’t just that Carol seems to be able to see Andrew in a way that he may not have been seen in a long time.   Andrew has beer in his backpack that he shares with Carol, and beer makes for strange story-fellows.  He’s been having the kind of day where things are nice, then not nice, then nice again, and around he goes.  Andrew was going to be a priest and expresses his continued religious devotion by continually crossing himself whenever he might feel uncomfortable.  He wants to pray for Richard but Carol and her husband Richard ‘don’t do God’ and she makes it very clear she doesn’t want that.

Carol starts to leave but she’s already told Andrew that Richard wanted to be down by the lake and so he decides to try to scoop up the ashes and make the man’s final wish come true.  Back and forth, just when one of them is about the leave, something the other does pull them back in a kind of reverse Waiting for Godot where they already know what they need to do to move on from this space yet somehow feel unable to do it. Eventually, Andrew gets Carol to talk about Richard.  He was a man with asthma who loved his family and drinking and dancing to the oldies.  He has been dead for six years – and he killed himself. “…he was in the basement, under a blanket. with a plastic bag…, which was ironic because he also wrote that he felt like he couldn’t breathe… not because of the plastic bag, or the asthma… but, you know, life.”  She’s angry with him, she wants to be with him, she wants him to come home.

Turns out Andrew might just be walking the same razor’s edge that Carol is enduring, though she has children waiting for her at home and he lives in a halfway house yet still drinks when he’s away from there.  “Don’t worry,”, he says, “I got about three miles to sober up.”  “Last time I checked,”, she counters, “that’s not how rehab works.”  “Last time I checked,”, he parries back, “this is not how a funeral works.”.  As the sun sets and Richard’s ashes are returned to his urn and the two continue to talk as if this one conversation is the only thing keeping them from following in Richard’s footsteps, they come to terms with one another in a way they never could if they had met under any other circumstance.  It was a lovely time spent in the theatre and I hope I get to see these two on the stage again soon. 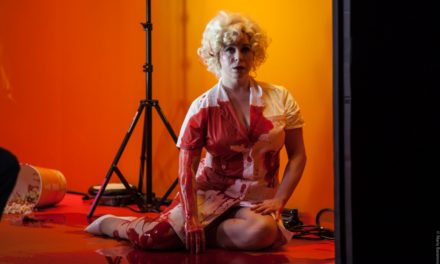 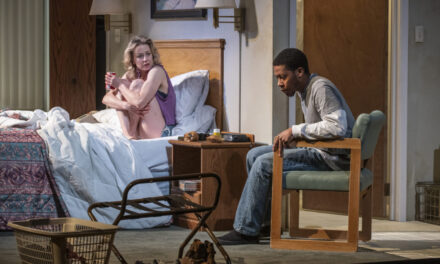 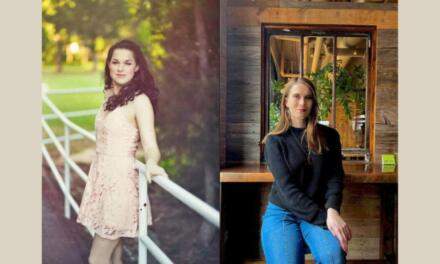