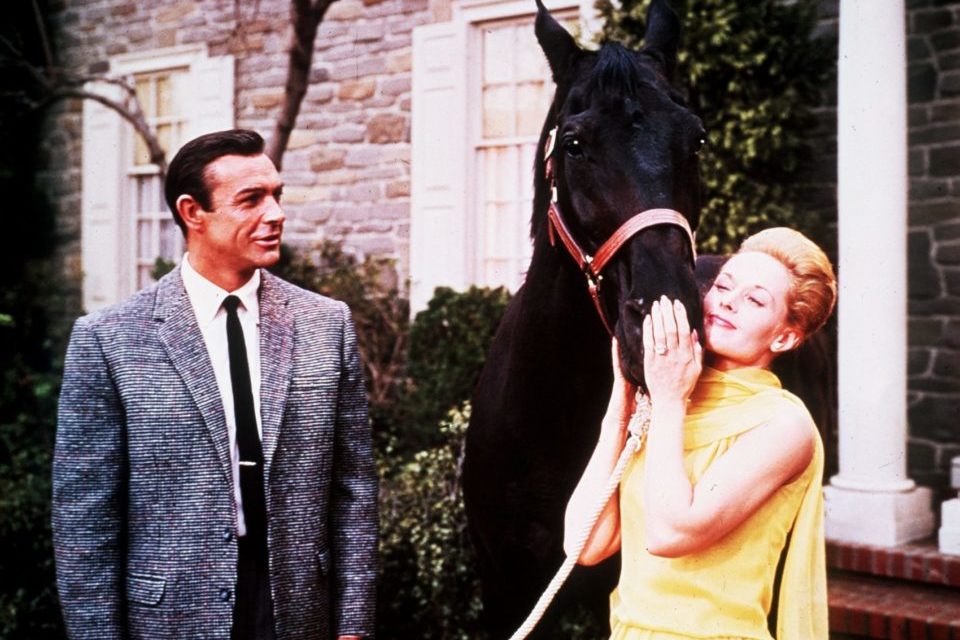 Hitchcock’s "Marnie" from 1964 with Tippi Hedren and Sean Connery. Image via The Independent Archive

An attractive, able woman preyed upon in the office by two bosses, one of whom uses his power to ensnare her. The story sounds familiar. But it’s from 1961, and it is that mysterious synergy between art and life that has propelled a new opera, based on a novel from that year, and several years in the making, straight into topical thinking.

Marnie is the latest work by American composer Nico Muhly, whose Two Boys for English National Opera in 2011 delved into the murky world of chatrooms.

At that time he was approached by the film and stage director Michael Mayer, who wanted to adapt for the operatic stage a psychological thriller about a woman on the run.

The novel, which inspired the 1964 film of the same name directed by Alfred Hitchcock, was written and set in Britain, and yet, that US-set film adaptation apart, few know of it. And given the success of the Poldark series, that’s surprising, because the author of both is the same, the largely forgotten Winston Graham.

The film of Marnie was a bit of a flop for the hitherto unassailable Hitchcock, but it fluttered back briefly into public consciousness last year when its star, Tippi Hedren, who had hinted at the director’s impropriety before, alleged in a memoir that he had sexually assaulted her, both mirroring the film’s plot and foreshadowing the Weinstein affair.

Graham’s novel, advanced for its time, is about the flight from all relationships with men of a woman who has been emotionally scarred in childhood, and her entrapment by a boss who uses as leverage his discovery of her secret life. Marnie’s cool charm and office skills land her job after job with ease. But she steals from each new workplace, vanishes, and reinvents herself somewhere else. Early in her criminal career, she discerns that it is handy to invent first names similar to her own, to react quickly when addressed. Cue Marion, Mary, Mollie… In pre-internet days, with the aid of some hair dye and a new wardrobe, she can disappear without a trace and bob up anew, time after time.

The operatic potential of a character who has one internal and many assumed external voices is clear, but the opera started with the libretto by Nicholas Wright, whose works include Vincent In Brixton, which won the Olivier for best new play in 2003, and an adaptation of Philip Pullman’s His Dark Materials, for the National Theatre. Muhly has just been on his own literary project: he has composed the incidental music for the new television adaptation of Howards End.

The first job for Wright and Muhly was to decide which of the many set-piece scenes in the book were essential, and which to sacrifice. Out went, despite its musical possibilities, Marnie’s trip to the Royal Festival Hall to hear Brahms, and her occasional trips to the races, but not her affection for her horse, Forio, to which devoted companion she returns at intervals; thinking about him prompts, for American soprano Sasha Cooke in the title role, a more sentimental way of singing.

“We didn’t know how topical it would be,” says Cooke of the new opera. “We are all Marnie. No one knows who anyone is–we change who we are, even without knowing it. We carve what we say and don’t say. We watch Marnie go through this extreme version of ourselves. The character is so complex. I thought it would be a great acting challenge, and it is.”

This casting coup for the world premiere in London this month came with the cancellation by San Francisco Opera of a production of Leonard Bernstein’s 1951 opera A Quiet Place. This freed her up for a return visit to ENO: she was Mrs. Kitty Oppenheimer in John Adams’s Doctor Atomic in 2009. Drawing on her own archive of song, she finds parallels with Debussy’s Mélisande –“complicated, a victim, carefree”– and, when Marnie recalls a death in the family, Mahler’s grief-stricken Das Lied von der Erde. “It’s so well written,” she says of Muhly’s music. “Some composers don’t realize you can’t have 10 top As on one page, but Nico asks what I would like to change, and I say: ‘Nothing!’” 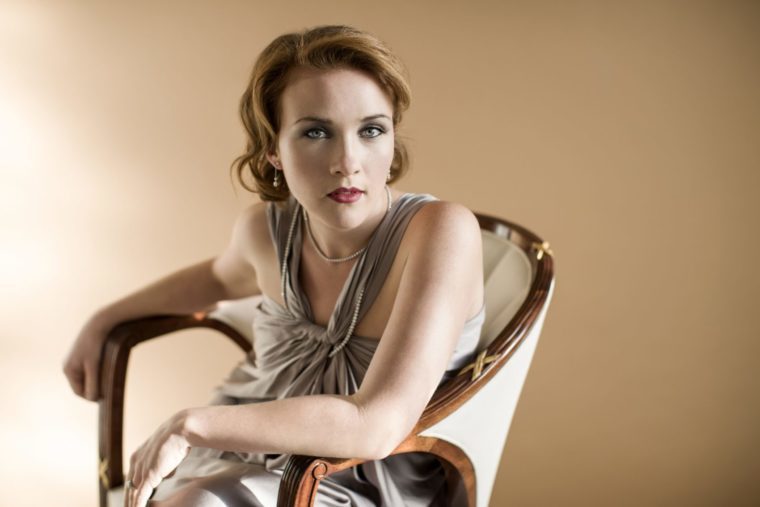 With 15 costume changes, and otherwise rarely offstage, it’s a big part of a long opera. “I have to not drink too much water before I go on.” Muhly and Wright decided that a highly symbolic fox hunt must stay in, a technical challenge and one that falls under the long shadow of Janacek’s The Cunning Little Vixen.

“You are harnessing the power of everything that has come before,” agrees Muhly, who is well known for embracing many musical styles. He played his part in staging the hunt by changing the tempi and rhythm of the music, starting with the trot, speeding up to a canter and then careering to the gallop. Frequent fugitive Marnie sides with the fox, of course. (And in the tradition of heist stories, we may be inclined to back her. “Siding with the villain is like Don Giovanni,” observes Cooke. “He’s despicable, but we can’t take our eyes off him.”)

To distinguish the leading characters, including wide-boy Terry, who was dropped from the movie, Muhly accorded each their own instrument in the orchestra–“Marnie is the oboe, her boss Mark the trombone, Terry the trumpet, and Mark’s mother, Mrs. Rutland [sung by Lesley Garrett] is the piccolo”. A semi-chorus, with its own early music sound, at times adheres to Marnie. “The audience is her best friend,” says Cooke. “She’s saying: ‘What do I do, guys?’” Marnie is Mayer’s ENO debut.

His debut at the Metropolitan Opera, New York, where Marnie will be staged next year, set Verdi’s Rigoletto in 1960s Las Vegas. Marnie is staying in mid-century Britain, and the costumes by Madonna’s designer Arianne Phillips are, says Cooke “lined in silk, bright rich colors with which Marnie always sticks out in the crowd”.

As Martyn Brabbins makes his debut as musical director, replacing Mark Wigglesworth who stepped down from a company that was, he said “evolving into something I do not recognize”, and with chief executive Cressida Pollock heading for the exit, ENO needs an original and stabilizing hit. With its vast scale of ambition, Marnie has the potential to follow its recent winners, Terry Gilliam’s Benvenuto Cellini in 2014 and William Kentridge’s Lulu last year.

Muhly, for whom London is very much a second home, has enormous affection for the team he trusts to bring off big dramatic challenges like this. “Marnie plays to ENO’s strengths,” he says, “as an opera where everything is happening at once.”

This article was originally published in iNews on November 15, 2017, and has been reposted with permission.