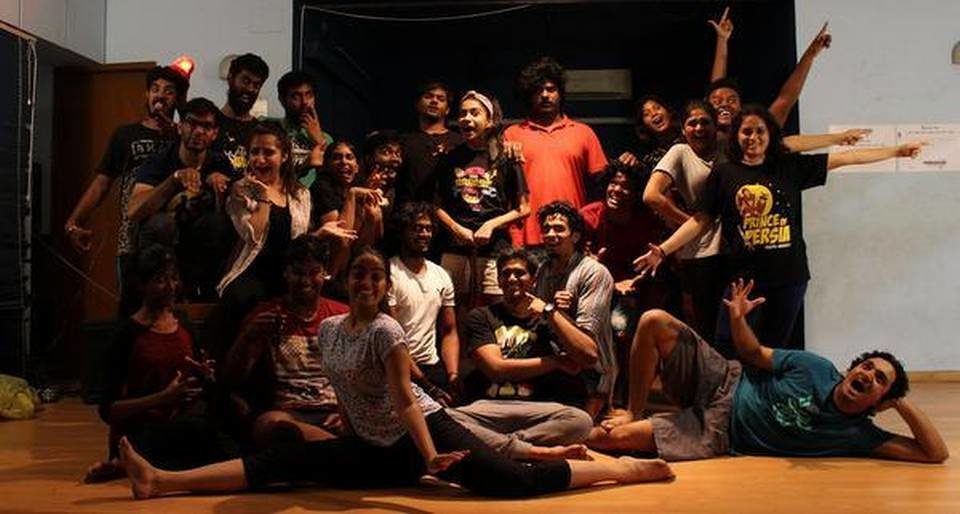 The Little Theatre’s Christmas pantomime brings your favorite fictional detectives and a number of cinematic universes together.

The negotiation is afoot. To the background score of Hugh Jackman-starred The Greatest Showman’s upbeat song, The Other Side, Dr. Watson, Inspector Jacques Clouseau, and the latter’s lookalike, are engaged in vehement parley. A bartender can be seen in the backdrop, handling the shakers and shot glasses. Choreographer Vikas Rao, looks on as Jacques Clouseau (played by Prashanth Oliver), with his heavy French accent and thin mustache, hops about donning his characteristic smirk, trying to get the steps right as he sings. Preparations for The Little Theatre’s 24th Annual Christmas Pantomime, Sherlocked: A Game Of Pantos are in full swing at their rehearsal space, dubbed Cheria Ana. One can see small clusters of the cast, constantly practicing their lines, dances, and songs.

The story is set in a London riddled with crime. There are rats poisoning the food supply, while the precious Pink Panther goes missing, and vibranium is possibly being smuggled into the city. There is a clear coincidence between these incidents and only Sherlock can crack it. But, the question is, will he be able to? More so, can anyone outsmart Sherlock? The story travels through different cinematic universes.

Director and scriptwriter Krishnakumar Balasubramanian captains around 50 cast members this year. And as with every year, he says, this pantomime too has a specific structure and formula.

“There are key characters; There are also formulae within the storyline that need to be followed. Having said that, the panto gives the actors and me a lot of freedom, since it is a spoof.”

He adds that the pantomime, which is essentially a social satire, is drastically different every year despite the consistent format that includes the dame, the baddie, the panto animal. While the dame is always played by a male cast member, the main character, if male, is played by a female and vice versa.

What matters most is the almost three-month-long process of developing the story through workshop sessions.

“It’s about identifying the strength of the actors and taking their suggestions. This formula comes in handy because that way the actors have a clear idea of their journey. The fun part is when amateur actors explore the journey,” he says.

“The shows were taken over from the British Council and it had very strong English tones to it. The show has now moved on from being anglicized and is highly adapted to the city now, with characters that you can see only in the city,” he says.

Trustee Rohini Rau, who has also worked on the lyrics for this production, chimes in, “The panto has always been about things that currently happen in the city or the country. For the children, there would be color—singing and dancing, choreographed fight sequences—whereas the older audiences look for the dialogues: witty jokes and so on.”

The depiction of good winning over evil has also evolved, through choreographed stunt scenes and special effects.

“Earlier, the climax fight, would be at most a mellowed-down dance-off,” laughs Rohini.

Though pantomimes are replete with silliness, they also deal with subtle themes that get under the audiences’ skin.

“Among other themes this year, we bring in the idea of gaslighting—a form of emotional manipulation that is being spoken of recently,” says the director.

Proceeds from the show will go towards setting up a permanent creative therapy studio for those who are terminally ill, at the Institute of Child Health and Hospital for Children, Egmore.

Aysha Rau, the producer of Sherlocked…and founder of The Little Theatre, says, “Ours was a very down-to-earth simple pantomime. Now that we have a younger team putting it together, it has evolved quite prominently. These choreographed sequences which you would normally see only in a film, are actually done on stage.”

This article appeared in The Hindu on December 05, 2018, and has been reposted with permission. Gowri S authored the original article.