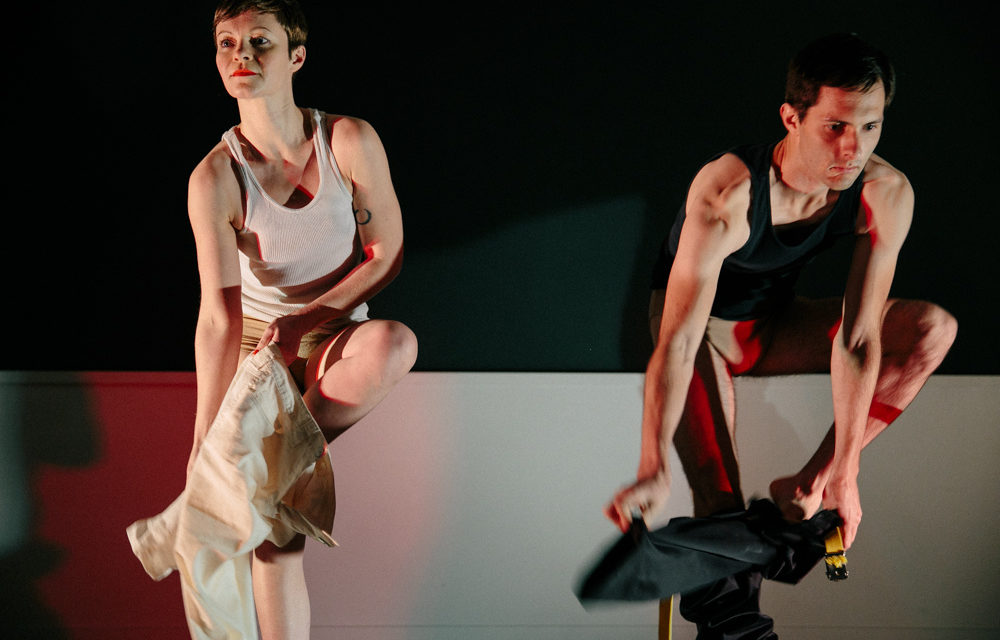 In 2014, I performed during the Paris FIAC (Foire Internationale d’Art Contemporain) in a performance that helped seal the Marcel Duchamp prize for visual artist Julien Previeux. It was the first time a nominee booth contained performers, not objects. I’m one of six people including actors, dancers, and a choreographer who began working with Previeux during a residency at Fahrenheit, Los Angeles, and went on to perform the same work (part of Previeux’s series What Shall We Do Next?) at the Pompidou’s pop-up in Malaga, Spain, and the DO DISTURB Festival at Paris’s Palais de Tokyo. As a theater artist, I’ve been involved in a string of collaborations with visual artists over the past few years, and I found myself a fan of Previeux—a socially aware artist with an exuberant curiosity behind his work. When it comes to live performance, he approaches it diligently and understands its language better than many in his field. Nevertheless, WSWDN?, like countless other live works created or curated by visual artists, is not the work of an individual, but the product of a collaborative devising process with professional performing artists, upon whom its creation depended heavily. But unlike theater, dance, and film—generally understood as collective endeavors—the art world, set up to celebrate, sell, and collect the work of individual artists, is poor at allocating thanks.

The non-discipline of performance encompasses a broad spectrum of works shown in museums and galleries today. As RoseLee Goldberg says in her seminal book Performance Art, performance “defies precise or easy definition beyond the simple declaration that it is live art by artists and draws freely on any number of disciplines and media for material.” This liberal definition, however, also veils some troubling issues of parentage. Performances by visual artists—especially ones that depend heavily upon the skills of trained performers, directors and choreographers—can often, taken out of their art-world context, equally be considered theater or dance. This “harvesting” of talent puts actors and dancers in particular in the curious position of seeing their efforts celebrated while nonetheless occupying a rather low status and making them exceptionally vulnerable to exploitation. The “harvesting” therefore demands that the structure of credit and ownership in the art world—hardly a new topic—be interrogated again through this new lens. The question of credit here becomes linked inextricably with how the artistic traditions in mixed forms themselves are perceived: that is, it is not possible to elevate the status of performing artists in the art world without addressing how that world perceives the relevance of the performing arts themselves.

Visual artist Arjuna Neuman, with whom I collaborated in 2012, describes the art world as “kind of a wild west, individuals fighting by any means for their own relevance,” and points out that the omnipotence of the singular, collectible artist effectively drives a subtle artistic “colonialism” over interdisciplinary processes. This creative “out-sourcing” has largely escaped interrogation. I am the first to say how awkward a term like “out-sourcing” is for truly collaborative artists, but it is merely the appropriate language for discussing the visible flow of recognition and money in today’s art world. WSWDN?’s original performers, now replaced, were, in fact, primary collaborators on what is a devised work. But there is no precedent for the kind of contract that would honor our contribution to the piece. Of course, questions of authorship persist within dance and theater too, and we know the art world has a long history of master artists handing off the fabrication of their work to under-acknowledged studio assistants. But an important distinction makes authorship in interdisciplinary work far more complex: performers, unlike studio assistants, are not hired to execute that which an artist has already mastered and hands off to them. Rather, it is often the performers themselves who are the master artists in a discipline outside the artist’s own, and when their contribution is overlooked, it is the performing arts that are being undermined.

Also shown at DO DISTURB in 2015, was Marco Godoy’s film Claiming The Echo, which captures Madrid’s Solfonica choir performing modern-day political slogans set to the scores of Henry Purcell. The choir unarguably provides the content, and the cinematic elements are minimal, with the camera used essentially as a documenting device. So, who turned the slogans into songs? Who are the Solfonica singers? Claiming The Echo’s museum placard omitted composer Alicia G. Hierro, responsible for turning the slogans into songs, and the names of all the real-life rebel singers. Is it necessary to point out that musicians, dancers, and actors often exert a venerable degree of artistic effort and vision to accomplish those heightened acts, which, in the art world, are freely used, re-purposed, or commented upon? How can such an enterprise be indiscriminately folded under the originator of an idea, as in—as it has been crudely suggested to me—Duchamp and his ready-made? In theater, yes, when the director’s name appears on the marquee it denotes a style, a level of expertise, and hopefully an ethos. Yet I argue that the actor still, historically, occupies some kind of status—because the art of performing is acknowledged. In contrast, the commodified, collectible, visual artist frequently overshadows his or her collaborators. We are not a hunk of marble (or a urinal) until the real artist comes along, and nothing is “ready-made” about a creation unfolding in real time. Furthermore, when faced with inexperience, it is frequently the performer who is doing the sculpting.

Clearly, I could direct the conversation towards theater, dance, or music equally, as all kinds of interdisciplinary works produce similar questions in a context where anyone and anything is for sale. However, being an inherently interdisciplinary endeavor itself, it is theater in particular that has, for decades, provided visual artists with the palette they need for performance. Meanwhile, performance’s rabid de-construction of theater has made anti-theater rhetoric as responsible as art-world economics for the work of theater artists being taken for granted. If referenced at all in the art museum (and it seldom is) theater is recalled as an antiquity. (It is telling when the Centre Pompidou programs, in the Festival d’Automne, a play by American playwright Young Jean Lee that begins with the quaint disclaimer that what the audience is about to see is a realistic play, in the western tradition.) But the subversion of discourse around theater has, at this point, become absurd: while supposedly freed from all of theater’s conventions and inherited notions of value, most potent performance reveals, at the heart of it, a dependence on theatrical expertise.

Looking at process, at least, is revealing. If I consider the allocation of labor in, for example, Emily Mast’s The Least Important Things—a performance I participated in at LACMA in 2013—it is fair to say the work used mostly elements characteristic of theater via its collaborators: An assistant director that was a theater director, actors and dancers, a theatrical set designer. Experimental film pioneer Maya Deren asserted: “The form proper of film is, for me, accomplished only when the elements, whatever their original context, are related according to the special character of the instrument of film itself—the camera and the editing—so that the reality which emerges is . . . one which only film can achieve and which could not be accomplished by the exercise of any other instrument.” Even if it is not the act of labeling itself that we gain anything from, Deren asks us to consider, based on form, where the real distinction between performance and theater lies. As Goldberg points out, much of the interdisciplinary work of the past century has been so marginalized that commerce, at least, didn’t force such distinctions upon it. But this is not the culture of art and economics that we find ourselves in now. Today, our imperfect discussion of these things is inevitable in order to approach a fairer assessment of what is, in effect, a situation where the art world regularly eclipses us.

Understandably, visual artists have been adamant to separate their aims from theatre as it has been popularized in the west: naturalistic, psychological drama. I concede to those who struggle with the word’s baggage. But this is a confusion of one style for theater as a whole, and ignores a couple of millennia of non-western theater traditions, as well as a century of theater experimentation hand-in-hand with the development of performance art, out of which Hans Lehmann’s Post Dramatic Theatre emerged. Looking beyond style, a simple, technical definition of theater serves theater and performance both: “A live art before an audience, composing bodies, voices, time and space, aural and visual design, to create an experience or represent ideas or events.” Theater, as a historically communal event and technical art, additionally seems to have suffered similar injustices to film in being perceived as merely an entertainment enterprise requiring certain skills to achieve a formulaic result, rather than an art in its own right. Haven’t the other arts, at some point, had to overcome the public’s attachment to certain formal conventions? Right now, theatre is equally overdue a second-look amongst the arts, and it is certainly worth examining why the presence of the theater artist feels so relevant or invigorating in the gallery environment today. 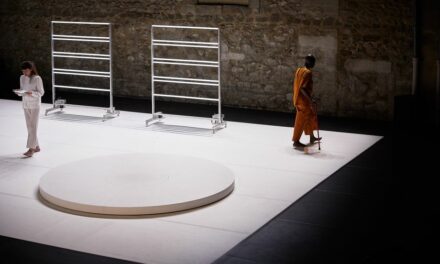 Avignon 2019: In Search Of Multiple Selves: “Multiple-S” By Salia Sanou And “Oskara” By Kukai Dantza 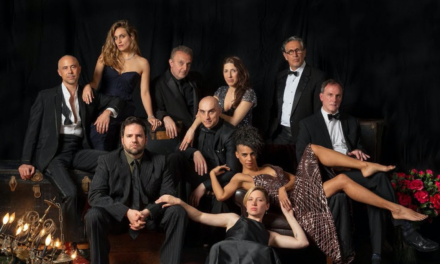 Creating Theatrical Ceremonies for Healing: An Interview with Gia Forakis 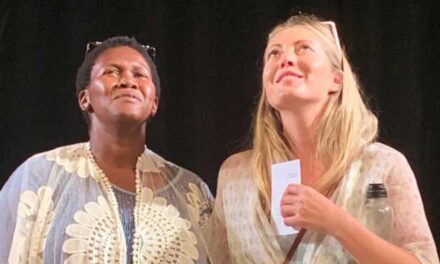