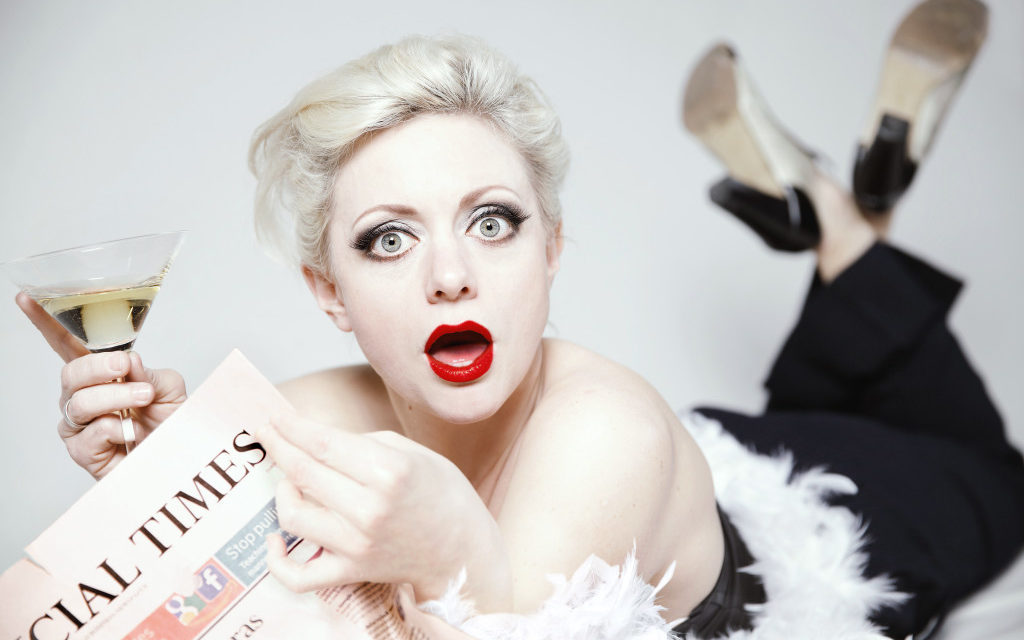 Norwegian multi-award winning actress and jazz singer, Hile Louise Asbjørnsen in "The Lulu Show: Life on the Never-Never," a comedy show from to be shown at The Edinburgh Festival Fringe. Press photo

The Edinburgh Festival Fringe is the best place to see comedy heavyweights perform alongside up and coming talent.

We’ve pored over the program to select some must-see stand-up shows this festival, from big names like Sara Pascoe and Alexei Sayle, to homegrown talent like Richard Gadd and Fern Brady. 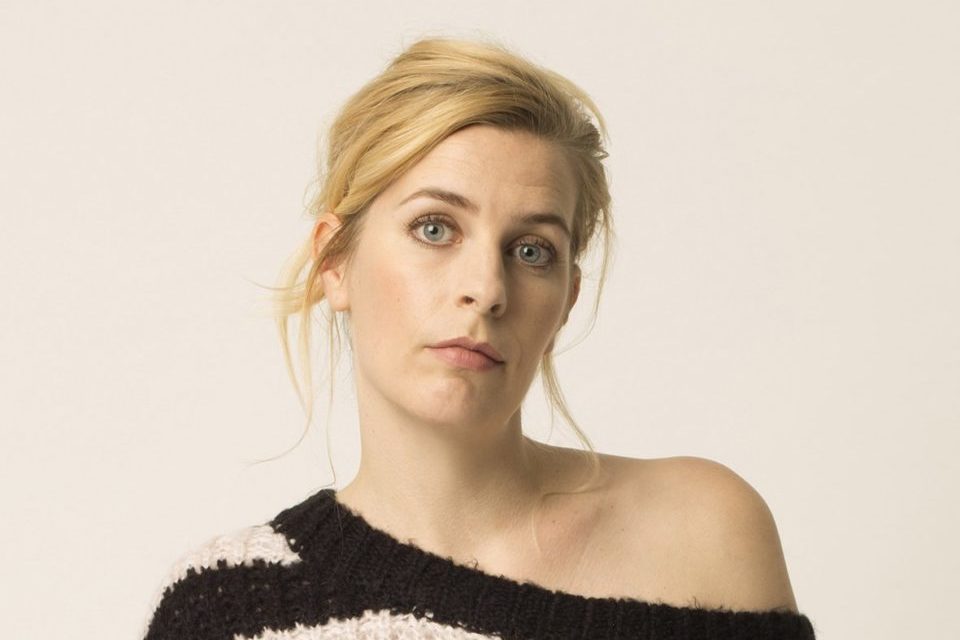 There is a tendency for comedians to quit the Fringe when they’ve “made it,” or at least restrict their Scottish capital stint to three nights in some soulless arena. But there are always a few genuine stars and comedy legends who are occasionally tempted back for a proper run in a proper venue. Chief among them this year is the godfather of British alternative comedy™ himself, Alexei Sayle, who’s back at the Fringe for only the second time in 37 years.

An increasingly inescapable (yet welcome) presence on TV panel shows, Sara Pascoe is expected to be another hot ticket this year after taking 2016 off, while you’ll need to book now if you want a chance of seeing the Frankie Boyle, the comedian the tabloids love to hate, but who has become one of Britain’s most brilliantly witty political voices in recent times. Auld Reekie will also see the return of household names like Ruby Wax, John Bishop, and Sue Perkins. 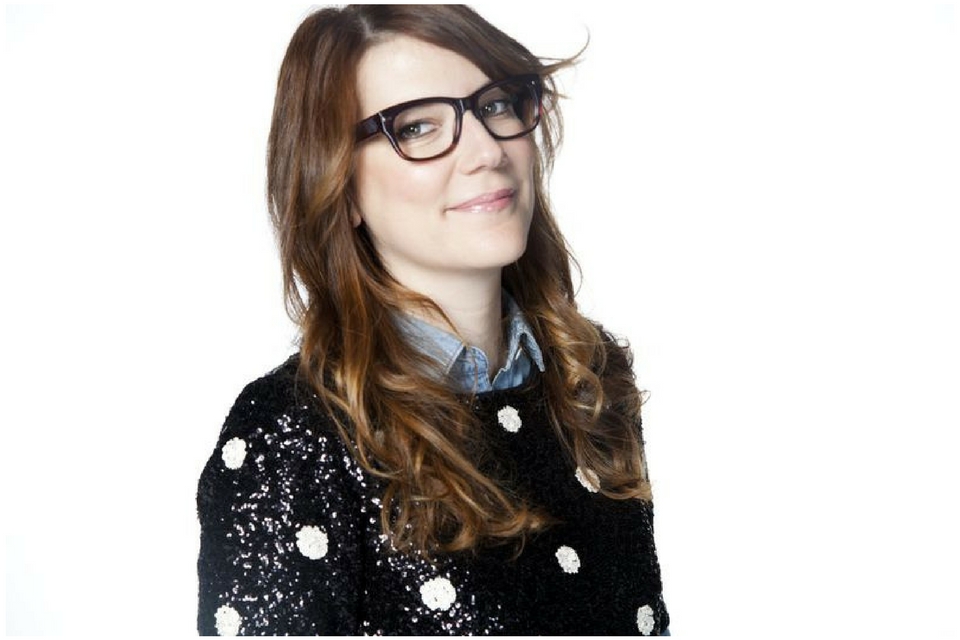 There’s a reason the Fringe is world famous. Some of America’s finest fly over the Big Pond for the occasion and this year is no exception. Emmy winner Sara Schaefer has appeared on Comedy Central, Late Night with Jimmy Fallon, and after August, she’ll be able to add Pleasance Courtyard to that list.

Julio Torres is combining comedy and performance art in his first solo show at Underbelly. He’ll be guiding a camera through his favorite shapes, which include “plexi-glass squares, triangles, spheres, and a sad crumpled wrapper that reminds him of Melania Trump.” New York funny lady Desiree Burch will be doing her thing at Heroes @ Bob’s Blunda Bus. You may have seen her on 8 Out of 10 Cats, or on Frankie Boyle’s Autopsy. One thing’s for sure, though – her star is rising. 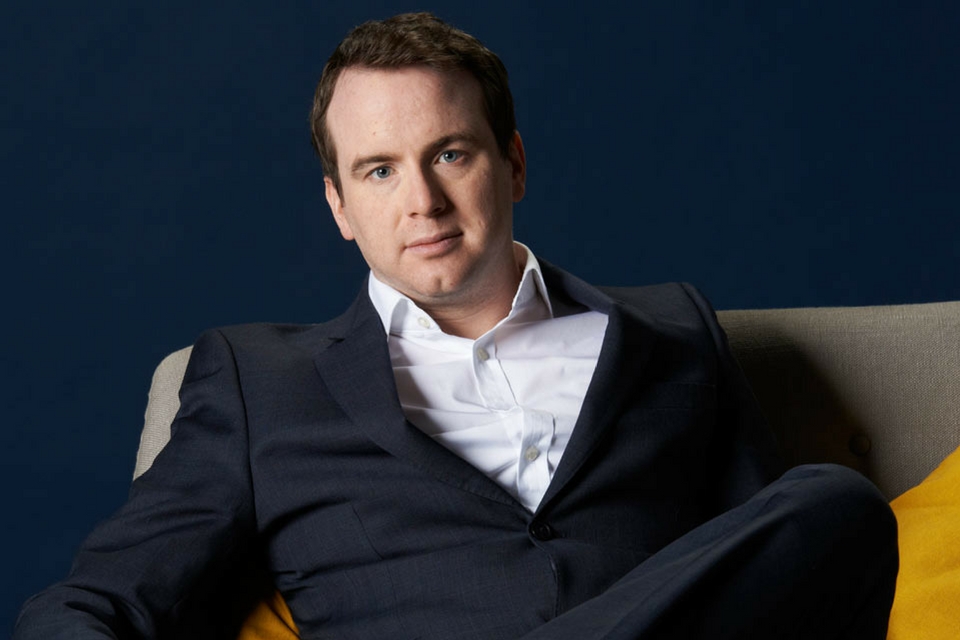 When it comes to political comedy, Matt Forde has carved out quite a name for himself. Befitting recent news events, this year he has two shows at the Fringe: Matt Forde’s Political Party Podcast, in which previous guests have included Tony Blair, Nigel Farage and Michael Portillo, and A Show Hastily Rewritten in Light of Recent Events – Again!, which quite frankly, explains itself.

Fringe veteran Mark Thomas‘ show plays on the fact that nobody really predicted the events of 2016. In this political stand-up, he sets out to make futurologists of us all. Dane Baptiste: G.O.D. (Gold. Oil. Drugs.) explores humanity’s pursuit of wealth, power, and pleasure, and if you’re after a comfortable political all-rounder, you can’t go wrong with Political Animal. This long-running political stand-up gig returns to The Stand once again this year, and is hosted by the satirist Andy Zaltzman. 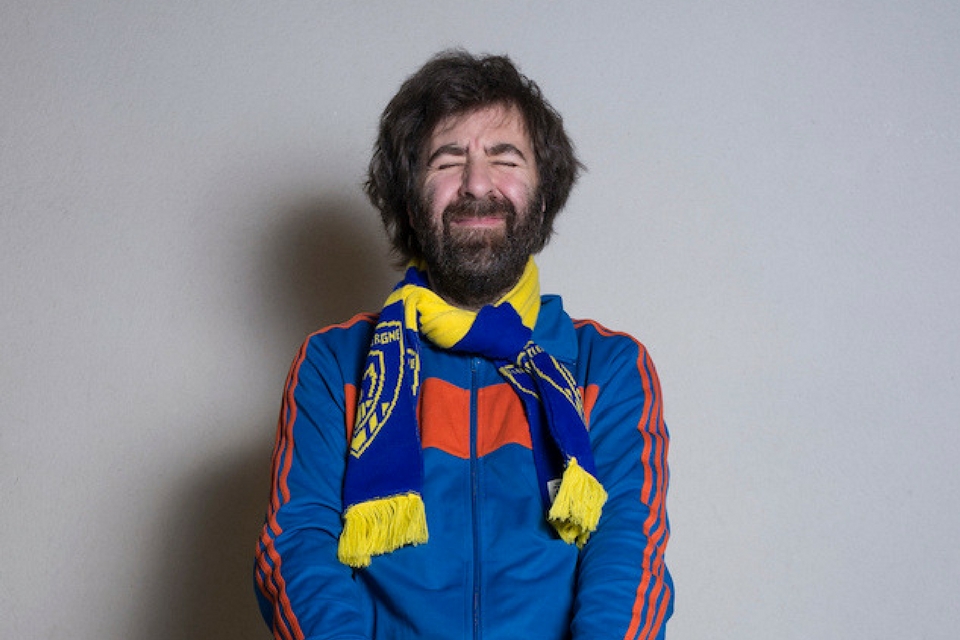 You can’t beat the Fringe classics, can you? Canadian funny man Tom Stade returns to Gilded Balloon with I Swear (where no subject is taboo), while Jason Byrne is bringing his improv skills to Assembly Hall. Both are beloved Edinburgh staples (and both usually sell out quickly, so be warned).

James Acaster may have missed out on the comedy award again last year, but his show was still a resounding success. This year he’s back and ready to give it another bash with The Trelogy at Pleasance, which promises to be a “huge recap” of some much-loved shows. Are we seeing Acaster’s greatest hits already? David O’Doherty is rocking the Assembly George Square Theatre with his new show, Big Time. Expect “an hour of talking and songs in a haunted hall on a hill filled with portraits of men who look like cocker spaniels.” Good. 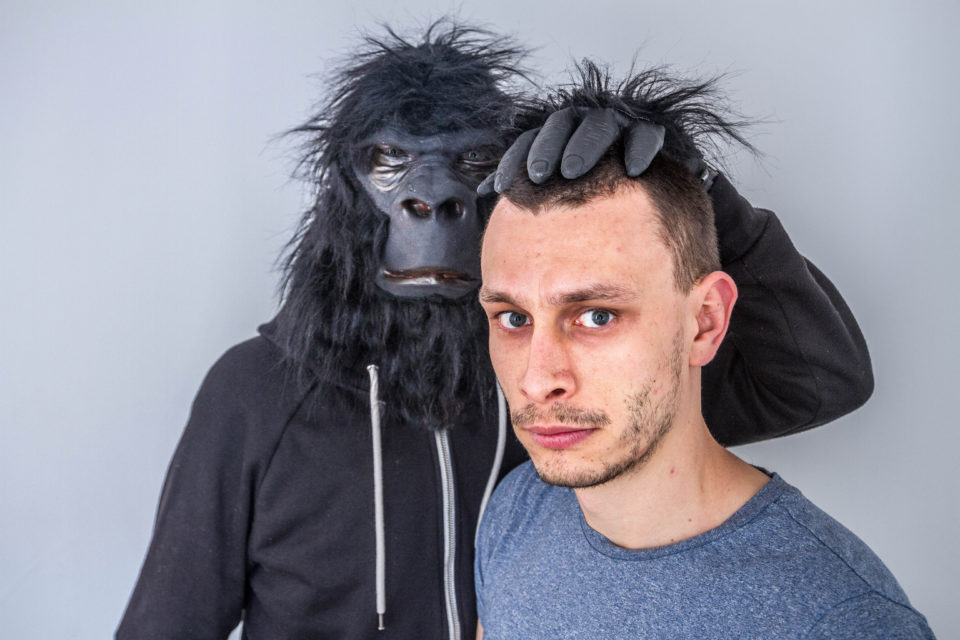 Glasgow-born former Late Late Show host Craig Ferguson is returning to the festival for the first time in over 20 years, and people are excited. The Scottish comedian will be hosting his radio show live in front of some lucky Fringe audiences. After winning a raft of five-star reviews last year, Fern Brady is returning to The Stand with a brand new show entitled Suffer, Fools!, which promises more of her no-holds-barred humor.

And who can forget the two Edinburgh Comedy Award champions? After scooping the main award in 2016, Richard Gadd is returning with the winning show, Monkey See Monkey Do. And Best Newcomer winner Scott Gibson is back with Like Father Like Son – an honest look at the influence of male figures in his life.

The next big thing 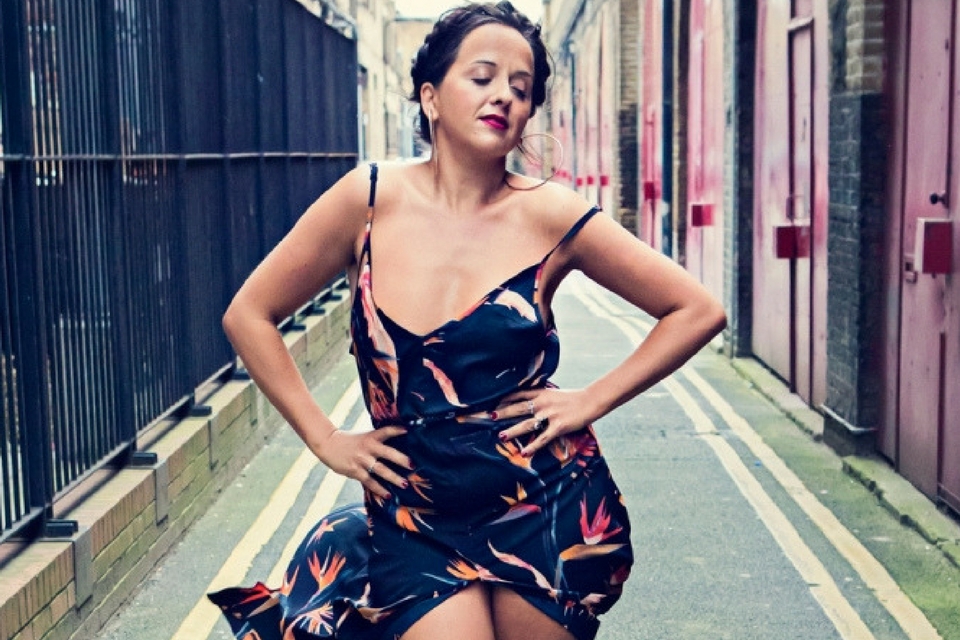 One of the best things about the Fringe is spotting new talent before they hit the big time – and then feeling all smug when they make it on 8 Out of 10 Cats Does Countdown. This year, look out for Hannah Gadsby at Assembly George Square Studios. Her piece, Nannette, won the 2017 Best Show at the Melbourne International Comedy Festival. Luisa Omielan has had plenty of success with her shows What Would Beyonce Do?! and Am I Right Ladies?!, and this year she’s completing the trilogy of wonder with The Interlude – Politics for Bitches/What Would Mary Magdalene Do?!.

Other performers to keep a look out for are Ed Gamble, who enjoyed a sell-out run in 2016, and Tape Face, who has been a firm Fringe favorite for years, but has recently cracked America. 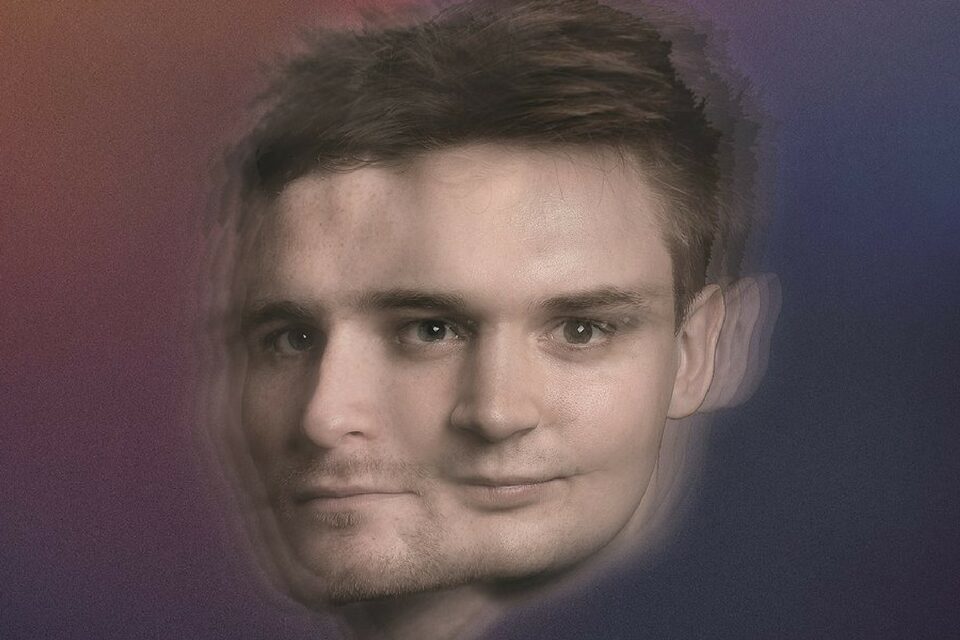 Gein’s Family Giftshop returns this year with Volume 3 in their sketch antics. Expect dark material and plenty of laughs. After a sell-out debut show in 2016, Giants return with their next hour. Barney and Will’s brand of sketch comedy comes with plenty of musical interludes and some rather memorable hats. And Goodbear (aka Joe Barnes and Henry Perrymen) are back after another critically acclaimed year. This time, their act is accompanied by an original score.