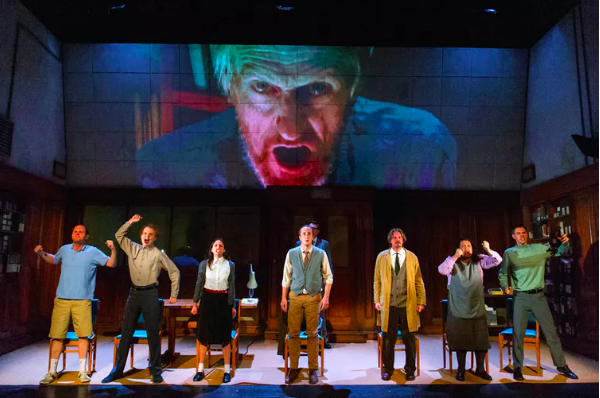 The blurb for Robert Icke and Duncan Macmillan’s stage adaption of George Orwell’s 1984 for the Melbourne Festival, announces that:

The definitive book of the 20th century is re-examined in this radical, award-winning adaptation exploring surveillance, identity and why Orwell’s vision of the future is as relevant now as ever. 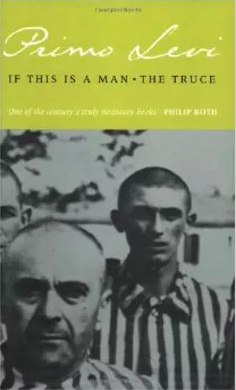 Primo Levi’s If This Is A Man.

A blurb is a blurb. But if we wanted to define the 20th century with a book that explores the extremes into which humanity can descend, then one might ask whether 1984 stands up against, say, Primo Levi’s account of surviving Auschwitz, in If This Is A Man, printed the year before Orwell’s 1949 book.

The blurb’s position is nonetheless common and every year thousands of schoolkids read it and many are doubtless convinced that its perspective on language and power are indeed “definitive”. Except that it’s not; and hasn’t been since at least the 1970s. And it’s relevance for our future must be near to zero.

1984 is a literary curio, a time-capsule containing – in terms of the functions of language and power in political and cultural life – elements that had already reached their zenith when Orwell published it in 1948.

The book’s dystopian horizon reflected the psychology of Orwell himself, a writer shaped by the traumatic political and economic transformations that post WWI Britain underwent in the 1920s and 1930s.

In this real-world context, Orwell’s social and cultural antennae were directed towards a generalized social domination – by class, by political institutions, by militarism — and 1984 was a projection of such domination taken to extremes.

Orwell’s generational pessimism seemed validated in the totalitarianism of the time and 1984 brilliantly expresses this as a political parable. In 1940, he reviewed Hitler’s Mein Kampf and remarked that Hitler, Stalin, and Mussolini had “enhanced their power by imposing intolerable burdens on their peoples”.

But physical terror alone has its limits. It must be accompanied, as Orwell saw in Mein Kampf, and in an idea he freighted into 1984, by what Hitler called “the big lie”, die grosse lüge. To repeat a lie as truth endlessly through narrow communication channels that people cannot avoid will convince many, or enough of them, that it is true: 2 + 2 = 5.

Such concentrated communicative power over language enabled dictators to prevail and for the fictional Big Brother of 1984 to create the control-language of Newspeak. Notwithstanding the book’s projection 36 years hence, Orwell was no futurologist.

Futurology exists as a way of thinking about how things might be different, better or worse, but changed. Orwell saw the anti-utopian expression of his own world as a world that would always be, and the future as “a boot stamping on a human face –forever”.

The period between 1950 and 1970 seemed to underline his vision: a Cold War that appeared permanent, the “big lies” propagated West and East about the superiority of capitalism or communism, and so on. But from the 1970s onwards, two things occurred that would cause Orwell’s message about the nature of language and power to become relics from another age: the rise of free-market neoliberalism (globalization), and the computer revolution (also globalization).

The emergence of networked society has utterly transformed the material forms of communication and, as a consequence, the nature and function of language and power. If we exempt the claims about the wonders of the free market (an immense indemnity, admittedly), then die grosse lüge is no longer possible.

The capacity for mass self-communication has generated uncountable outlets for information-creation and sharing.

It has also meant the capacity for the production of numberless kleine lügen. Networked society is shot-through with lies, half-truths, and distortions that make “truth” difficult to find, and the big lie (told again and again for effect) impossible for governments to perpetrate. 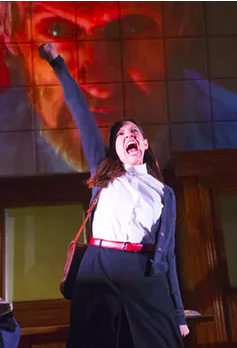 Indeed, western governments are no longer in the business of “persuasion”, only survival. And mainstream media, or what’s left of it, devotes its efforts to being heard within the noise and distraction of pervasive social media.

When the power of language dissipates, then so too does power itself – atomized to circulate endlessly through the webs of the network, never being able to settle and concentrate for long.

Icke and Macmillan’s 1984 should be judged on its own merits. One of those merits, however, shouldn’t be as a kind of “cautionary tale”, still less as something “relevant” to how the future might be. We’ve become slaves to computer technology, not party ideology.

The postmodern “surveillance state”, such as it is, makes it up as it goes along; responding to computer developments and failing to cope (in our interests or its own) with the challenges of the dissolution of language and power.

Facebook might be the closest thing we have to Big Brother today, but social media’s owners have no interest in you or me beyond extracting as much information as possible.

Truth, lies, it does not matter; it’s the data that matters, not what you think. The future, we might say, then, is a human face staring at a screen – forever.

This article originally appeared on The Conversation on October 14, 2015, and has been reposted with permission.