Too Close For Comfort: Contemplating The Plight Of Asylum Seekers In “From Afar On A Hill”

"From Afar on a Hill" seeks to dispel misconceptions around the numbers, circumstances, motivations and the actual mechanisms for acceptance of asylum seekers in Australia. Company Upstairs

Australia’s “boat people crisis” has, we’re told, been averted and for many, it’s a case of “out of sight, out mind”.

We watch as similar events unfold in Europe, perhaps still cringing at Tony Abbott’s suggestion that Europe could learn a thing or two from Australia’s approach, yet secure in the knowledge we have done the right thing by stopping the drownings at sea and the “evil” people-smuggler trade.

Social science researchers have pointed out the massive misconceptions the general public holds in terms of numbers, circumstances, motivations and the actual mechanisms for acceptance of asylum seekers, and the ways in which politicians have been complicit in perpetuating these misconceptions to justify their policies.

This reached its height with the Abbott government’s refusal to comment about issues around “on water matters” and legislation making it illegal for employees of detention centers to speak to the media.

The goal, since Howard, has been to deny the Australian public the opportunity to see asylum seekers who arrive by boat as people like you and me.

Bringing together these issues is an immersive theatre piece by Perth choreographer Bianca Martin called From Afar On A Hill. It aims to dispel some of these misconceptions, provide insight into the lived experience of asylum seekers and lay bare the arbitrariness of Australia’s immigration policies.

For while many Australians still believe in an imagined queue where people are selected for entry based on merit (the points system that selects people with requisite skills to strengthen the Australian economy) or on their risk of persecution (the humanitarian intake that selects worthy recipients from camps), the reality is much messier and less just. 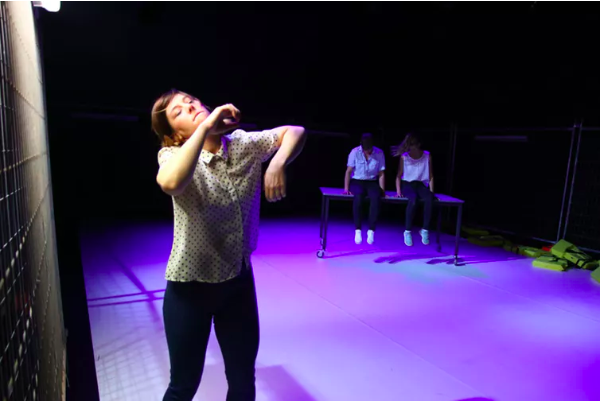 Representing this, the work begins with the audience being denied entry to their seats until they complete various tasks. They include lining up in order of income (suggesting differential access based on personal assets), being arbitrarily tested on knowledge about asylum seekers and Australia’s policies (suggesting the citizenship test) and taking a pledge, based on the Department of Immigration and Border Protection’s requirement for asylum seekers on temporary bridging visas, specifically:

I promise not to engage in any anti-social or disruptive activities that are inconsiderate, disrespectful or threaten the peaceful enjoyment of other members of this community.

The audience must then vote on which “contestant” (dancers representing the asylum seeker experience) will be granted the right to stay, based on a number of arbitrary criteria. This right is represented as something to be won, and the “game show” character of the staging, complete with The Hunger Games style hosting, suggests the triviality of the ways in which the real life and death situation being faced is treated by the Australian government/ people.

The politics of representation is always fraught, and this work engages with the dilemma directly. One scene has the performers representing through dance and movement a range of experiences, some of which are every day (having a mortgage) and some of which are not (selling your body in order to pay a people-smuggler).

As the audience’s discomfort grows, one of the performers finally refuses the host’s instruction that as a “contestant” she must “act as you would if you were sewing your lips together”.

Recognizing the potential for exploitation and vicarious titillation, the performance at this point ruptures, and distorted voice-overs of the performers discussing their discomfort at representing the lives of people so marginalized offer a self-reflexive dimension to the work. They recognize its potential to offend and the sensitivity of their task. 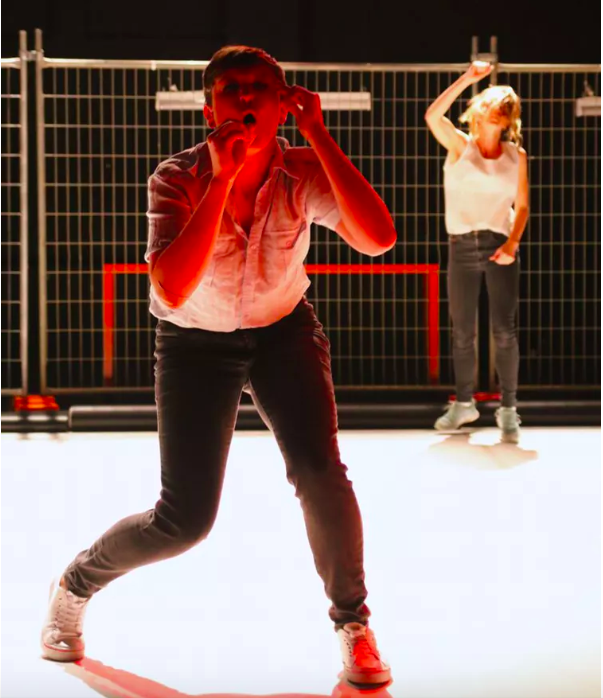 Yet the audience is again drawn into complicity, being encouraged to dance to relieve the tension, complete with music and disco ball, while those members of the audience detained behind fences (for not meeting the arbitrary criteria for entry) make paper planes. Our complicity is made viscerally apparent as we are encouraged to go on with our everyday lives despite what is going on under our noses. Shame, exoticization, and aversion, but also pity, empathy, hope, and compassion are evoked.

In Performing Noncitizenship: Asylum Seekers In Australian Theatre, Film, And Activism (2015), Australian academic Emma Cox argued that performances such as these can sometimes have a contradictory effect. Rather than simply making the public aware of the plight of asylum seekers, they can reinforce the idea that there are two distinct types of subjects in the world – citizens and non-citizens – the rights of which differ.

This is counterintuitive, as the whole aim of such pieces is to represent the human face which the government has worked so hard to hide. But Cox makes the point that such works can inadvertently reinforce the delineation between artists and those they represent – ignoring the privilege of freedom of expression (or simply freedom) available to one and not the other; and reinforcing difference through their emphasis on disturbing elements such as riots, self-harm, suicide, and deaths at sea.

In a way, the representations contained in such performances also potentially shore up the structure of the nation-state, the obvious culprit in the entire situation, by emphasizing the distinction between citizens with rights (based in the nation-state) and those without. 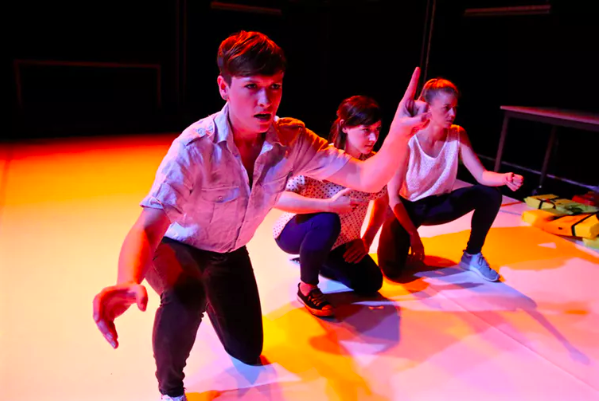 Cox asks whether such performances:

They probably do both – serving as social interventions for radical inclusion, transforming the nexus between asylum seeker and host by widening the imagined membership of the national community:

To bring the sociality of asylum into civic spaces via imagination and representation.

From Afar On A Hill seeks to recognize the dilemma, however, as the artists breach the distinction between themselves and those they represent, and the audience. Here the public is offered the opportunity to both learn more about the issue and is forced to confront the ways in which we are complicit, by our silence, in allowing people to be treated in this way, in the name of our country.

This article originally appeared on The Conversation on October 14, 2015, and has been reposted with permission. 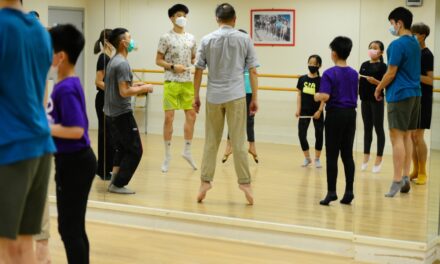