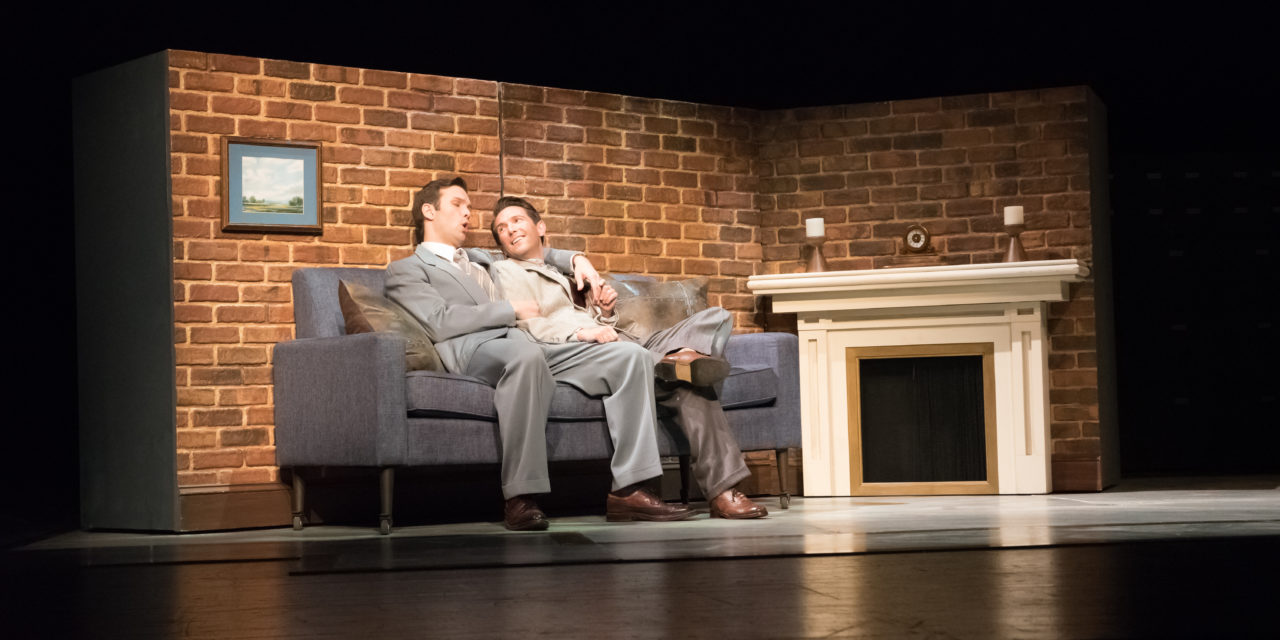 As the theatre world pushes boundaries and redefines genres, it has become exceedingly rare to find stories that justify the high art distinction of “Opera” and yet, Fellow Travelers which opened January 12th at the Gerald W. Lynch Theater as a part of the Prototype Festival does just that. With a score by composer Gregory Spears and libretto by Greg Pierce, this tragic Opera begins its story with two feet firmly on the ground and moves unapologetically forward through the final curtain.

Fellow Travelers centers its story on the affair of Timothy Laughlin, a Reporter and Hawkins Fuller a State Department Employee. Thrown on a background of 1957 McCarthyism and the Red Scare, the opera manages to encapsulate the xenophobia and Americanisms of 1957, and still lands squarely in a love story. The two characters spend the duration of the opera negotiating their feelings for one another as the inevitable lavender scare (purging of all sexual deviants including homosexuals in the State Department) forces them further and further apart. The ensemble, led by Aaron Blake playing Timothy Laughlin, delivers solid performances across the board. Even in moments of silence, Blake manages his way through complex expressions with sublime skill and sensitivity that is only further a compliment to his crystal-clear tenor. Joseph Lattanzi brings the dangerously charming and charismatic Hawkins Fuller to the stage in a performance that is about as cool as any baritone could wish to play, and Devon Guthrie plays the ever-protective Mary Johnson with show-stopping confidence and sincerity. 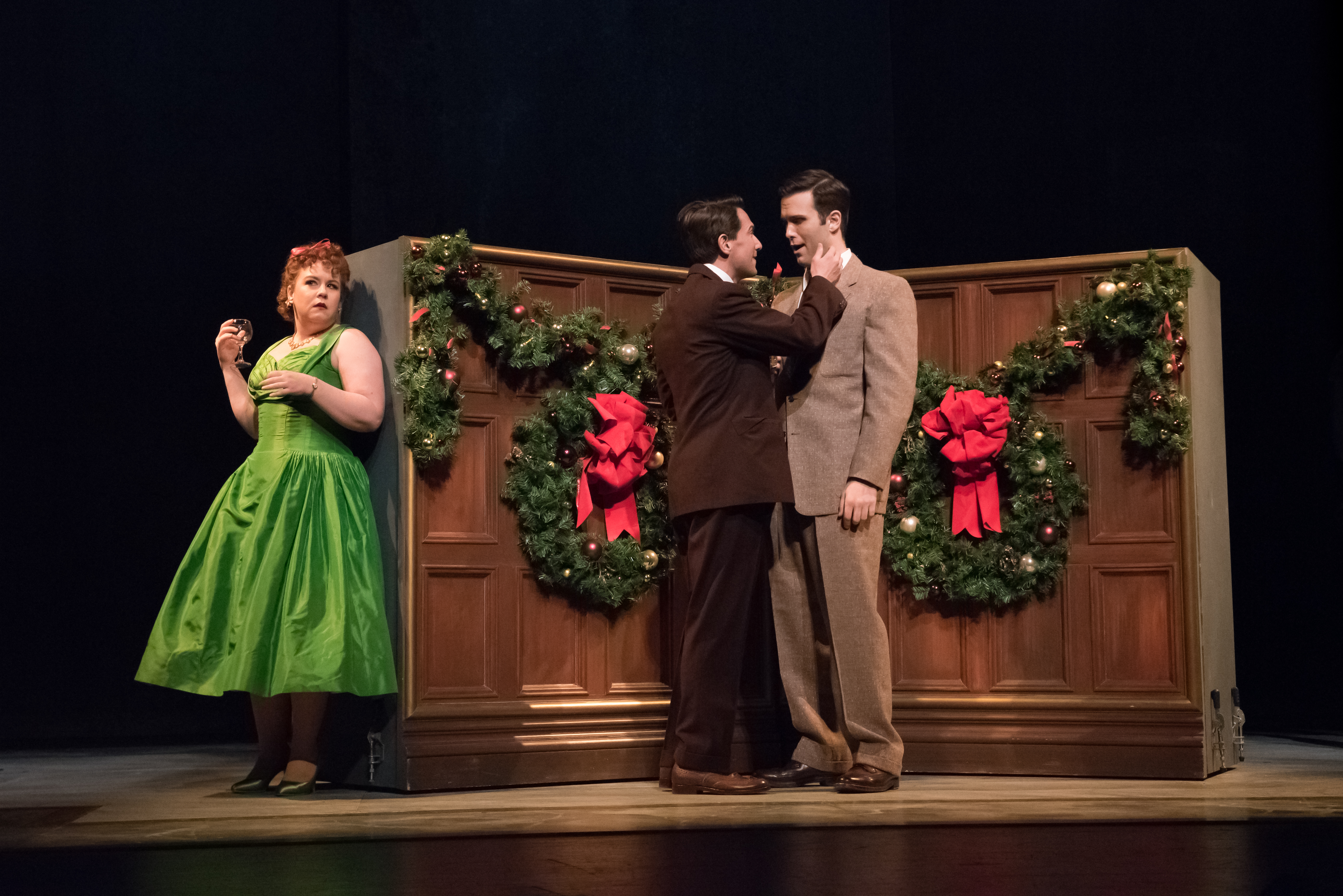 With Daring direction by Kevin Newbury, this work shines as a love letter to what contemporary American opera is, and what it can be. Newbury brings an edge to Fellow Travelers that unfolds truth and refuses to hold back, which makes this story just as relevant today as it was 60 years ago. Perhaps the most understated of his accomplishments is the use of costumed characters in set transitions – a move that in most scenarios would be distracting at best. However, in this case, the costumed set transitions served as a reminder in this predominantly two-person tale that the outside world was happening, that privacy was no longer private, secrets are no longer secret, and danger was all but inevitable.

The score, by Gregory Spears, is relentlessly beautiful to the point of near delirium. His work refuses to relinquish its hold and brings to the story a connectedness and complexity that reflects the best of why opera will continue to thrive. The libretto by Greg Pierce is no exception to the excellence of Fellow Travelers. Pierce manages to capture the relatively vast scope of time in about 2 hours without robbing the audience of important plot points. It seems, at least for its run at the Gerald Lynch, that the extent of the criticism for this opera is a poorly placed intermission. Beyond that, this Opera manages to remain relevant and nostalgic, both fresh and familiar.

While beautifully encapsulating a truly American story, Fellow Travelers, in its New York Premiere, asks us to explore how we afford and allow privacy for others. It forces us to examine how we protect those we care about, and if that, protection is worth the cost. Imploring us to look at how we create connections, how we break them; and at some point, asking us to choose: Republic or Humanity.