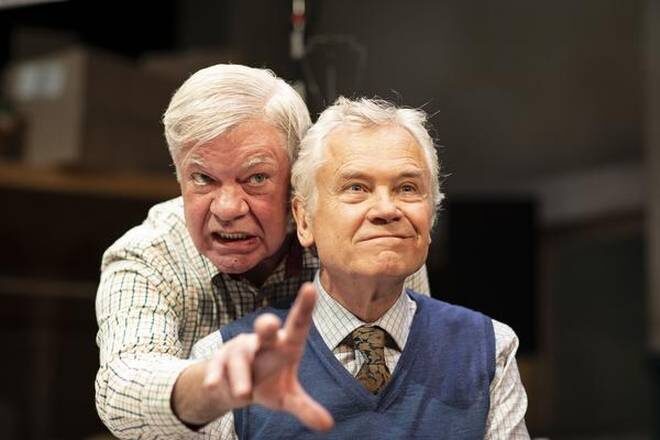 The play imagines an encounter between composer, Benjamin Britten, and poet, WH Auden.

Picturing a meeting between two of the greatest artists of the 20th Century — Benjamin Britten, the composer and WH Auden, the poet — in the form of a play, is no small feat. Britten and Auden had been great friends in the 1940s, but a severe falling out had meant they would never meet again. Almost 30 years later, writer Alan Bennett imagines an encounter in Auden’s “untidy little flat in Oxford” as the two men near the ends of their lives.

This imagination was named The Habit of Art. Originally written for the National Theatre of Great Britain, or the Royal National Theatre as it is colloquially known, Alan Bennett’s The Habit of Art produced by the Original Theatre Company and Blank Slate, was available for viewing across the world through the platform, Book My Show Online. Directed by Philip Franks, and starring Matthew Kelly and David Yelland in the lead roles, the play was shot digitally before London went into complete lockdown.

It is a layered re-examination of a long-lost friendship.

“In the play, the nature of creativity is looked at through the question of whether to live for art or humanity, and the cost of either choice, is examined with Alan Bennett’s typical wit and insight,” Philip Franks writes to us, adding that themes of friendship, love, humanity and creativity remain untampered with.

This is the first time the play has been revived since its original production, and has since been tweaked by Philip so that it appeals to a universal audience.

“It is also a play within a play. We are watching the run-through of a new work about the two men, and the director of the play is absent. The tensions between the cast and the characters they play and the cast and the author are examined. It is often very funny!” 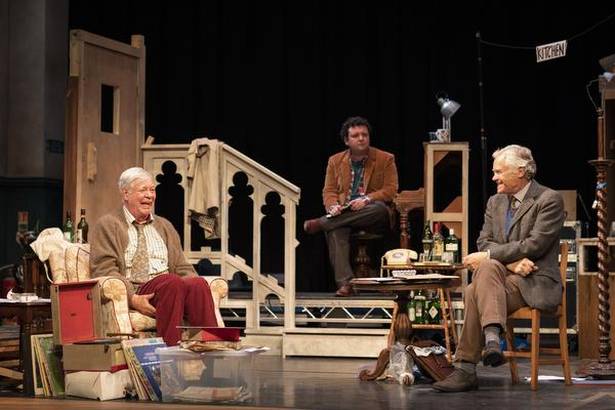 A scene from the play. Photo Credit: Helen Maybanks.

Bennett is a wonderful writer of dialogue and a brilliant observer of humanity, writes Philip.

“His way with language: rhythm, texture et cetera are very precise and you mess with this at your peril. I encouraged from the cast, the most precise of learning and a minimum of decoration,” continues Philip, adding that the trick here was to make the play look as spontaneous and real as possible. “The entire cast is on stage all the time. In full light. This means that whatever anybody is doing at any given time is in some way adding to the moment. Therefore, if somebody was over on the side doing some improvisation of their own, this may well prove extremely distracting,” says the director.

The performance also has a heavy musical component to it, unsurprising, since the story follows the legendary Britten. Songs are sung live and a few pieces of music are used as background score. Apart from that, during a climatic moment, a particular piece of Britten is played on a record player to demonstrate the genius of the man. In terms of choreography, the play opens with a carefully constructed ballet performance as the cast arrives, and a few members of the cast often embody intangible emotions.

Has shifting to the digital format affected the cast and crew’s working process? “The live experience of theatre is irreplaceable, but I hope it gives some flavor of a piece of work, of which I am very proud,” concludes Philip.

This article was originally posted at the thehindu.com on June 17, 2020 and has been reposted with permission. To read the original article link, click here.