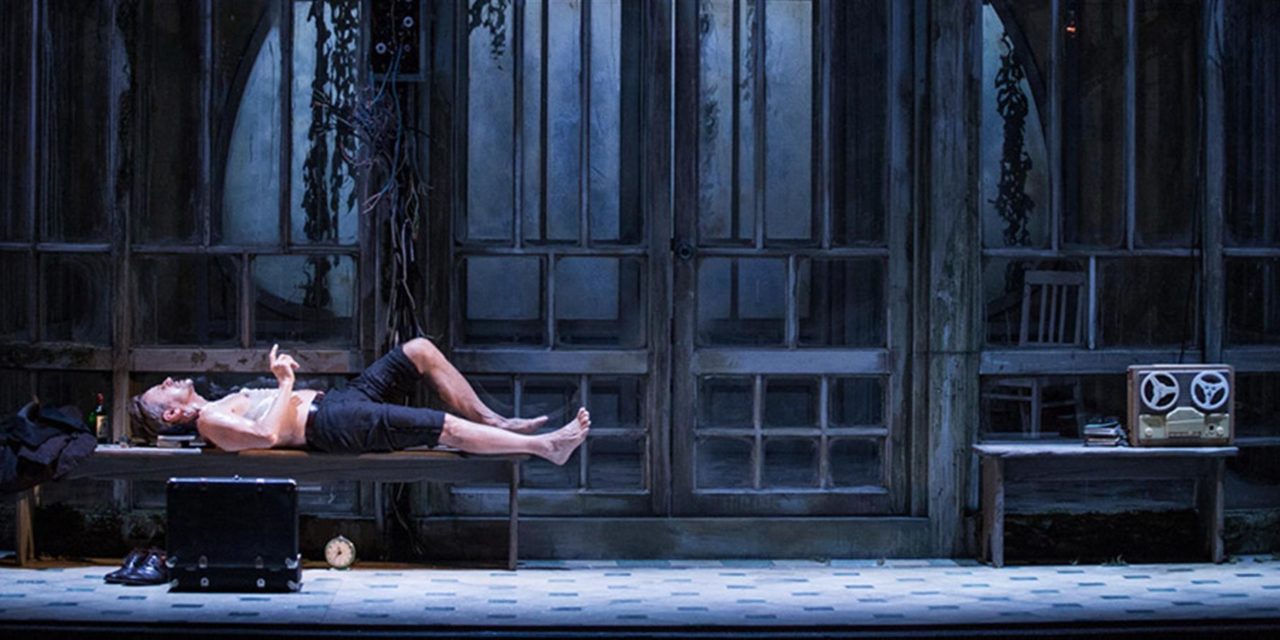 Throughout their 22-year friendship, Mikhail Baryshnikov and Joseph Brodsky loved nothing more than a walk along the banks of the Hudson river in New York. “He adored to walk along the water. He loved any landscape which had water in it, whether it was a river or an ocean, or a canal,” Baryshnikov remembers. “That’s why he loved Venice, it reminded him of Leningrad, which was built on the water.”

The dancer and the poet, Baryshnikov, now 69, and Brodsky – who died in 1996 aged 55 – met through their mutual friend, Mstislav Rostropovich, the cellist. “I moved to New York, that was in September ’74, and a few weeks later I met Joseph by chance,” says Baryshnikov. “We were both invited to a dinner and from that moment on we were very close. Joseph was thrown out of the former Soviet Union and he had been living in Ann Arbor in Michigan where he was poet-in-residence at the university. He was just visiting New York, he was staying here and there with friends.”

Brodsky eventually moved to New York in 1980 and he and Baryshnikov would “hang out a lot.” They ate exotic food downtown, strolled by the river, and drank espressos in the East Village (where Brodsky felt “totally at home” because of its artistic atmosphere and proximity to the water). And Baryshnikov would listen to Brodsky read his poetry, either at parties or one-on-one.

“Sometimes I was the first listener,” says Baryshnikov, known to his friends as Misha. “He would say: ‘I want to read you this little poem, I think it kind of works out to my satisfaction.’ That was an extraordinary privilege.”

Now Baryshnikov is putting those years of listening to and learning Brodsky’s poems by heart, to use as he prepares to star in a new one-man show, Brodsky/Baryshnikov. It arrived at London’s Apollo Theatre this month, having started an international tour in Tel Aviv last year. When the Latvian director Alvis Hermanis approached him with the idea, it was a matter of sharing a theatrical vision. They both acknowledged that reading Russian poetry would not necessarily translate to a stage show.

“Poetry in the theatre could be problematic; it has to be precise,” Baryshnikov says. “I trusted Alvis, I liked his work in theatre and opera. So we went ahead. It has been a wonderful journey.”

It would be impossible for Baryshnikov to choose his favorite, or most meaningful, of Brodsky’s poems. “It changes with the time. You age, but Joseph died. Your priorities change,” he says “They are all very strong, from the love poems to the poems about morality and God. There are a couple of religious overtones; he didn’t practice religion but he wrote a Christmas poem every year.”

The poems for the 90-minute show were selected after he and Hermanis sat down together. “He wanted to use early poems – Joseph started writing when he was 16, 17 years old. So we chose a range from 1956-57 to his much later stuff from 1996.”

While subtitles are “floated” around the stage, Brodsky’s own voice features too. “The recordings of his voice are very haunting, it’s coming from somewhere else in the cosmos – or hell!” Baryshnikov jokes. “It’s a poetic journey to the past and a monologue with the present and, I suppose, hopes for the future.” Jamey Gambrell, who was Brodsky’s student, has provided the translations.

Born in Latvia in 1948 and trained at the Vaganova School in St Petersburg, Baryshnikov has had a 40-year dance career and is considered to be one of the greatest ballet dancers in history. But Brodsky/Baryshnikov is not a choreographed piece.

“People ask me, ‘Do you dance?’ I don’t dance. There is movement, though. Alvis and I worked on body language. We used elements of flamenco but in a very impressionistic way. There is a poem about flowers where we decided that we would use a bit of improvisational Kabuki theatre.” During the seventies, while Brodsky wrote relentlessly, Baryshnikov was quickly becoming one of the best-loved dancers in the New York City Ballet and simultaneously branching out into an acting career. In 1977, he was nominated for Best Supporting Actor Oscar for The Turning Point.Other film and television roles

Other film and television roles followed, though none has earned him the attention that his turn as Aleksandr Petrovsky, the Russian artist and Carrie Bradshaw’s love interest in the final series of Sex and the City, has done. Baryshnikov laughs when I mention it. He says he is approached more on the street by Sex and the City fans than by fans of anything else he has ever done. “People still want to talk about it now,” he says, with disbelief. “The irony of me working in theatre for 40, 50 years and they remember you for that TV show. But that’s fine, I understand why… That’s America!” He’s glad he did it, though. “I thought that I would have a couple of months and do a couple of episodes but then they asked me to stay for the whole last year. It was a lot of fun.”

These days, life for Baryshnikov, when he is not appearing in Brodsky/Baryshnikov, involves a commute from the home in upstate New York where he lives with his long-term partner, the former ballerina Lisa Rinehart, to his office at his Arts Centre. He founded the center, which is on Manhattan’s West Side, in 2005 and Baryshnikov likes to describe it as a haven “for emerging artists, but also people in the middle and at the end of their artistic careers.” The building is shared with St Luke’s Orchestra and houses three theatre spaces, as well as production facilities for dance, music, theatre, film, and visual arts.

“Like Tennessee Williams said, we rely on the kindness of strangers,” Baryshnikov says. He is worried their state funding is in jeopardy under President Trump. “It’s scary. We don’t know what will happen to the budget but he has said that he will eliminate humanities and the national endowment. But we’ll fight so this doesn’t happen. It looks like it will affect us definitely. It shouldn’t happen.”

It has been years since Baryshnikov performed in London and he is nervous about it. But devising and performing this show has been a wonderful experience, allowing him to revisit his memories of Brodksy. “Performing it has been an extraordinary personal journey,” he says. “Talking to your friend who is not here anymore, and yet there is an opportunity to address him and his voice? I could never regret that.”

Mikhail Baryshnikov performed in the UK premiere of Brodsky/Baryshnikov at the Apollo Theatre, London, 3 – 7 May (nimaxtheatres.com)

This article was originally published on iNews. Reposted with permission. Read the original article. 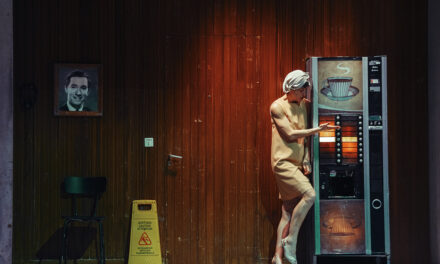