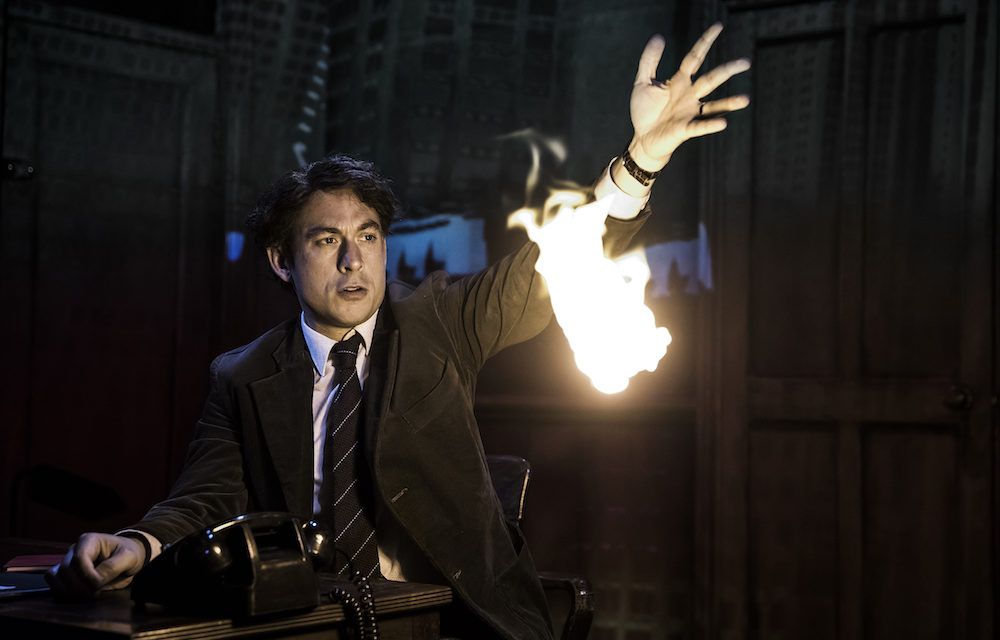 Playwright Duncan Macmillan has had a good couple of years. In 2015, his play People, Places and Things was a big hit at the National Theatre, winning awards and transferring to the West End. His other plays, often produced by new-writing company Paines Plough, have been regular fixtures at the Edinburgh Festival, while his co-adaptation (with director Robert Icke) of George Orwell’s classic Nineteen Eighty-Four has been constantly revived in the West End. Now he tackles novelist Paul Auster’s masterpiece in a show that is visually intensive, as well as intellectually satisfying.

City of Glass, the first part of Auster’s New York Trilogy, was first published in 1985. It’s an enjoyably tricksy, postmodern novel in which Daniel Quinn, a detective-story writer, becomes a freelance investigator after answering a mysterious telephone call, in which a guy called Peter Stillman asks to speak to a private detective named Paul Auster (yes, I did say tricksy). As Quinn becomes embroiled in a plot that resembles a hall of mirrors, he meets Stillman, then Stillman’s femme fatale wife Virginia, then Stillman’s crazy father and finally Auster himself. As Quinn loses his grip on reality, the city itself becomes fluid. 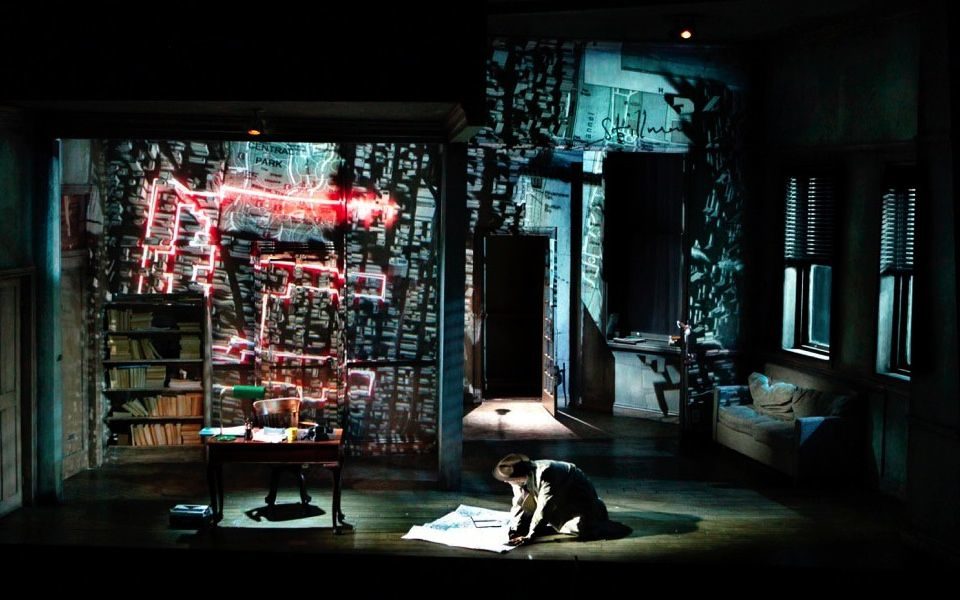 City of Glass at the Lyric Hammersmith. Photo: Leo Warner

The narrative here follows the twists and turns of the original novel, with much of the storytelling taking the form of a voiceover. Macmillan is completely faithful to Auster’s passion for poststructuralist ideas about language: the older Stillman is obsessed with the origins of language — parables tell of how Adam used words in the Garden of Eden; of the Tower of Babel; and of the relationship between God and language. A gross story of a child held in solitary confinement in a darkened room is reminiscent of the case of Kaspar Hauser. A symbolic egg suggests the age-old question of what came first: chicken or egg?

Macmillan’s adaptation is directed by Leo Warner for 59 Productions, whose video work has contributed to plays staged by Katie Mitchell and Melly Still. This time, the effect is a stunning visual and verbal experience, with long passages of narrative illustrated with superb, often entrancing, video imagery. Projections, light changes, moments of stage magic and the use of two actors to play Quinn create a dizzy effect of plunging down the rabbit hole, as literary allusions chase philosophical ideas deep into the underground. Aesthetically beautiful in its coherence and toned-down palette, wonderful in its evocation of a noirish New York, City of Glass is a terrific experience. 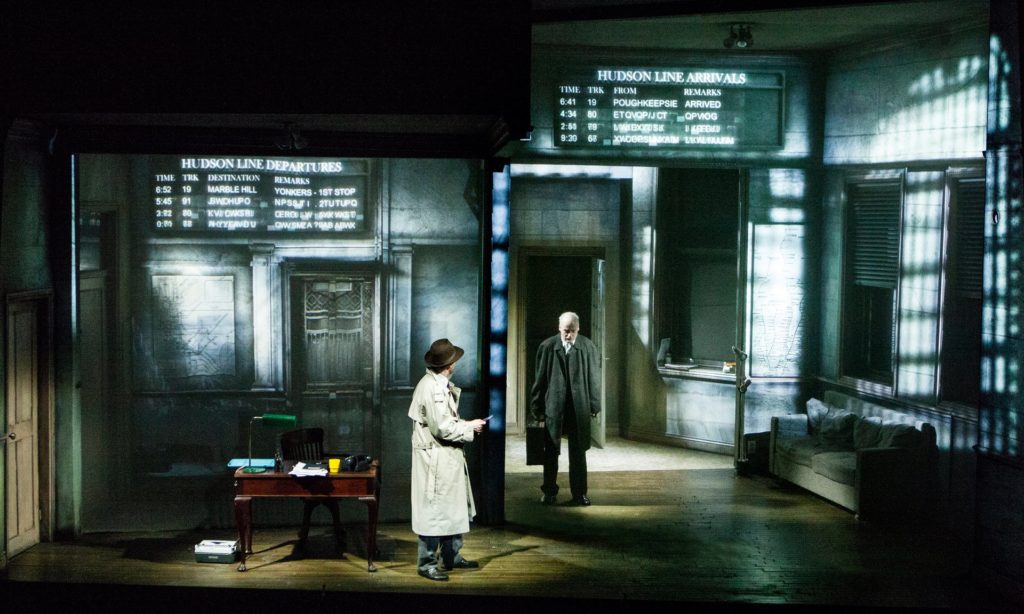 City of Glass at the Lyric Hammersmith. Photo: Leo Warner

It’s not all cerebral and filmic, enjoyable as those aspects of the show undoubtedly are. By the end, as Quinn loses everything in his fanatical quest for the truth, the image of a naked man, alone in an uncaring world, is a powerful moment of human compassion and a reminder of our essential solitariness. Despite Stillman’s religious illusions, we are — argues Auster — alone in the universe, with no God and no Father Christmas. This perception is the emotional fuel behind the novel, and Macmillan transposes it brilliantly to the stage. At the same time, it’s fascinating to see how Auster’s work finds echoes in other British dramatists: elements of this novel appear in Martin McDonagh’s The Pillowman (imprisoned child experiment) and Martin Crimp’s The City (the red notebook).

As the projections dazzle the eyes, with rooms bleaching into greyness, outside scenes invading inner spaces, hotel rooms turning into railway stations, posters melting into life, maps appearing on walls and skyscrapers rising from the floor, there’s a thoroughly exciting sense of innovative theatre here. If only this style of theatre was used more often! Especially in new writing! The main casualties are the actors, who become secondary except for a couple of outstanding episodes. But the ensemble — Vivienne Acheampong (Vivienne), Mark Edel-Hunt (Quinn), Chris New (Quinn) and Jack Tarlton (the Stillmans) — are excellent, and the performers play several roles each. But what you remember most is the seedy set, designed by Jenny Melville, and the video work by Lysander Ashton, in a genuinely thrilling and enthralling evening.

This review was originally posted on sierz.co.uk. Reposted with permission. To read the original review, click here.