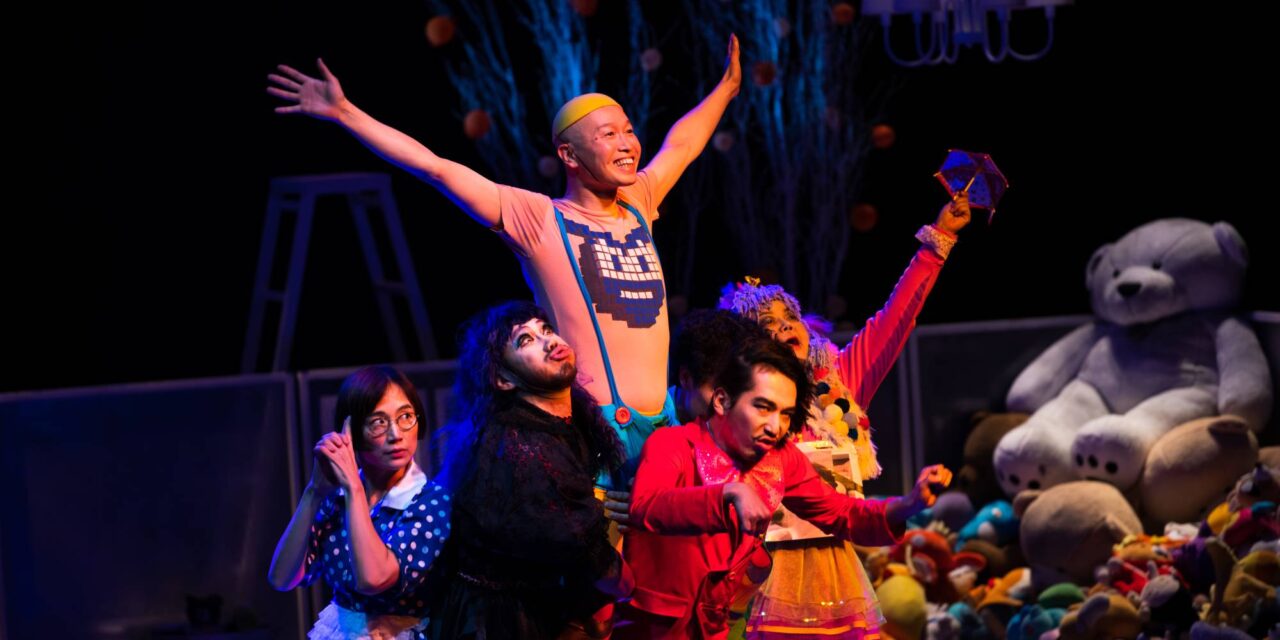 Digital stage: Playwright Shu Matsui and South Korean director Kim Jeong’s "Divine Daughter Anemone" will be one of the online offerings at this year’s Festival/Tokyo. | © ALLOPOSIDAE

Maybe 13 is an unlucky number? Contemporary theater’s annual Festival/Tokyo is known for its focus on young artists and edgy productions, but for its 13th edition it has had to deal with the pandemic like many other events of its kind.

Speaking at a recent press conference to announce details of this year’s lineup, dramaturge Kaku Nagashima, the festival’s co-director, told reporters, “The influence of COVID-19 may continue for a few more years, and there could also be another new pandemic.

“Nonetheless, I didn’t want to take the simple course of canceling F/T 20. Instead, I wanted to find an alternative way to run it without problems.”

As a result, instead of its usual lineup of around 20 programs, there are just eight in the theater festival, which began Oct. 16 and will run through Nov. 15 at venues in and around Tokyo’s Ikebukuro district. It has also shifted the emphasis from live performances to online ones due to travel restrictions and safety concerns.

“If we were flexible about making necessary changes,” Nagashima added, “this could be a great chance to explore new possibilities.”

F/T’s newfound flexibility, for instance, has led to a collaboration between the Japanese playwright Shu Matsui and South Korean director Kim Jeong being presented as screenings of a performance recorded in Seoul rather than on a stage live in Tokyo.

As a result, audiences in and outside of Tokyo can enjoy Divine Daughter Anemone, an adaptation of August Strindberg’s surreal A Dream Play. But in Matsui and Kim’s version of the Swedish writer’s 1902 work, instead of the daughter of a god observing the everyday lives of humans, there are contemporary outliers such as cosplayers providing the critical commentary.

In addition, two other international programs are also online-only this year.

One is Berak (Defecation), a new film from Teater Ekamatra in Singapore, which examines suicide, illness, and death in the life of a Muslim family. Despite its somber themes, however, the company’s trademark humor comes through.

There is also The City & the City: Divided Senses, the latest installment in F/T’s collaboration program with Bangkok International Performing Arts Meeting. In this work, three artists in each country examine their lives in their respective cities and discuss their findings in five-hour-long online meetings from Oct. 30 to Nov. 1. Audiences of 15 people can observe the meetings for 30 minutes each — or watch them online afterward.

Back in the realm of live performance, F/T 20 is showcasing two stage productions, both at Tokyo Metropolitan Theatre in Ikebukuro.

In Moonlight, the Kyoto-based dramatist and film director Takuya Murakawa reprises his well-received 2018 docudrama about a local piano recital by a 75-year-old man. While exploring the man’s background and why he took up music late in life, this production also features performances by four amateur pianists of various ages.

Then, in We Assemble Together, Saitama’s Momonga Complex company, led by Momoko Shiraga, adds a dash of unusual live dance to the festival mix.

Shiraga explains that her company’s contribution is a “watching-style, musical-like performance” in which small groups from the audience enter a room at TMET, walk around and observe their surroundings as dancers in separate booths perform. Much like visiting a museum, socially distanced visitors can then spend as much time as they like looking at each “exhibit.”

Meanwhile, the Scenographers’ Collective, better known as Sceno-ha, is returning to the festival with an art project that is mindful of the pandemic, after opening last year’s event with a joyful parade of decorated floats. Displays created by four set designers to reflect the streets of Tokyo, specifically Ikebukuro and neighboring Otsuka, will be shown online as photo and video presentations. The sets, which will be viewable throughout the entirety of F/T 20, are centered on themes of shōtengai shopping arcades, views on and from rooftops, and tourists having fun.

In contrast, the Hand Saw Press company is repeating its hugely popular Pop-up Riso Zine Studio event from F/T 19. Festival-goers can use Risograph digital duplicators in the Hand Saw Press studios to make two free single-sheet A4 copies each per day of their own original zines or pamphlets — with the option to return on other days to add more pages. Last year, more than 2,700 people took part and made 365 zines, with many of the creations put on display for collectors or to exchange. As a result, this year a roaming studio installed in a truck has been added to Hand Saw Press’ two regular ones in Otsuka.

Finally, making use of yet another platform is Rendez-vous Otsuka South & North, which comprises two virtual reality dance performances by renowned French dancer and choreographer Fabien Prioville. The five-minute works feature four Japanese dancers and will be performed at two open-air locations in Otsuka, and are free for audiences to see and experience.

In a message for the festival, Prioville, whose wife is Japanese and came over with him from Europe to help create this virtual reality production, says he is interested in integrating digital technologies such as virtual reality, smartphones and video games with dance and physical movement in order to explore new performing arts experiences.

“It’s important to light that flame at F/T to expand the scope of new things we can share together and experience,” Prioville says.

So, as the artistic director Nagashima hoped, despite COVID-19, F/T 20 is proving to be “a great chance to explore new possibilities. ” Maybe the number 13 isn’t so unlucky after all.

This article appeared on TheJapanTimes.com on October 22, 2020, and has been reposted with permission. To read the original article, click here.