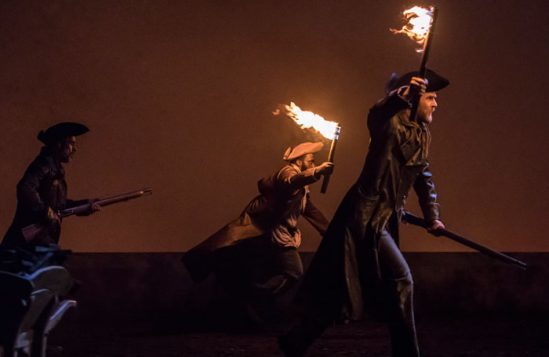 History is a tricky harlot. She is bought and sold, fought for and thrown over, seduced and betrayed — and always at the mercy of the winners. In a general election week, it is hard to deny that still now we are the progeny of the possessive individualism of previous centuries. This idea, that we are the children of dispossession, is at the heart of DC Moore’s epic new play, Common, which occupies the main Olivier stage of the National Theatre with a large cast led by the ever-pugnacious Anne-Marie Duff.

It is England, 1809. In the countryside, a rapacious Lord is a hell bent on enclosing the common lands next to his estate, and turning local peasants into day laborers. If they can’t all find work for him, no matter. They can always migrate to London. And, if they don’t cooperate, he will bring in Irish laborers to do the work. Into this bubbling social conflict comes Mary, blown like an evil wind from the Great Wen that is London. Once left for dead in a river by King, a peasant leader, she has crawled out of the water and made her fortune by prostitution in the capital. Now she is back on the land, and she wants her revenge. Or does she? 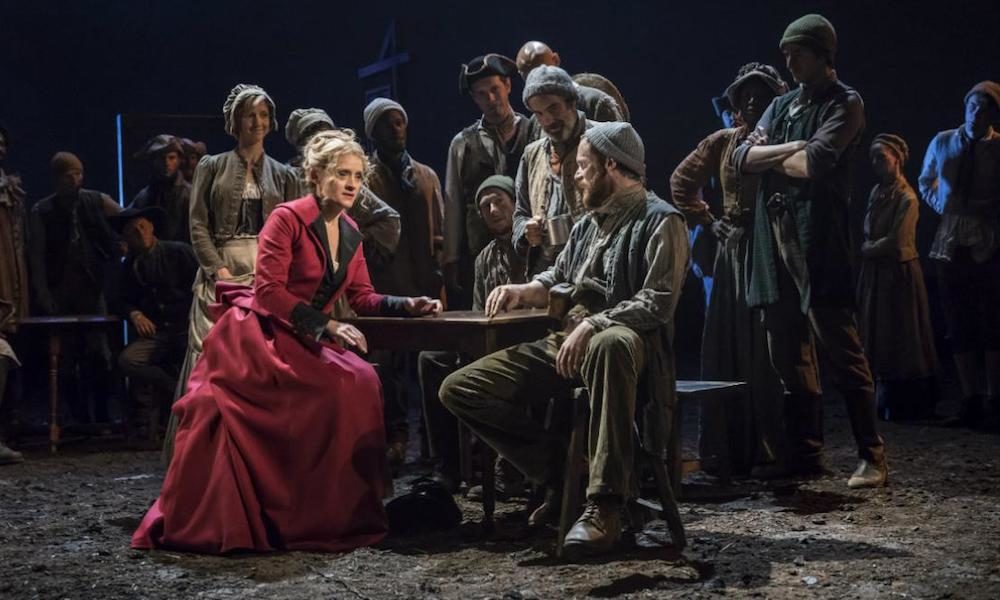 Mary (Duff) is an intriguing figure, part woman of the world with a sharp turn of phrase: “If I were a man you’d call me rogue; let us do with whore, liar, thief, cunt.” Part fortune-teller and story-weaver; part fascinator and part spirit. A French lady and an English maid. She is both a real down-to-earth person and a wild fantasy, a figment, an invention. And she is love with Laura, King’s sister, so her desire is to persuade the other woman to run away with her to Lincolnshire, and beyond, maybe to America. But although Laura is interested, she is too tied to the land, and to the fight against the Enclosures, to throw in her lot with this temptress in a red dress.

Moore’s text is written in a poetic language that reads beautifully — at one point, Mary tells us: “Enclosure. A dry word with a sharp end. Land now worked in the Old English, Open Way, all higgle-piggle, with commonfolk, commontools, on their sprawling common-fields.” The words are as gnarled and as intractable as the barren fields and their failing crops, as hard as the life of the laboring people yet also with the breath of collective endeavour. Moore’s text pulses with the rhythms of the past, and olde words mix with contemporary expletives. And at the same time outside howl fugitive spirits in a netherworld of sprites and hobgoblins.

The politics of history plays are always interesting. In Common, Moore explores not only the origins of the privatization of common property (in this case the land) but also the defiance of individuals who do not accept the norms of respectable society. This is played out with stories of anti-colonial revolt by the Irish laborers, and in the sexual politics of the play: Mary is lesbian, King and Laura have an incestuous attraction, and the privileged Lord lusts after any maiden he comes across. But there’s cold comfort in these stores: privatization wins, opening the way to our more recent selling off of national assets, and the radical individuals are crushed. 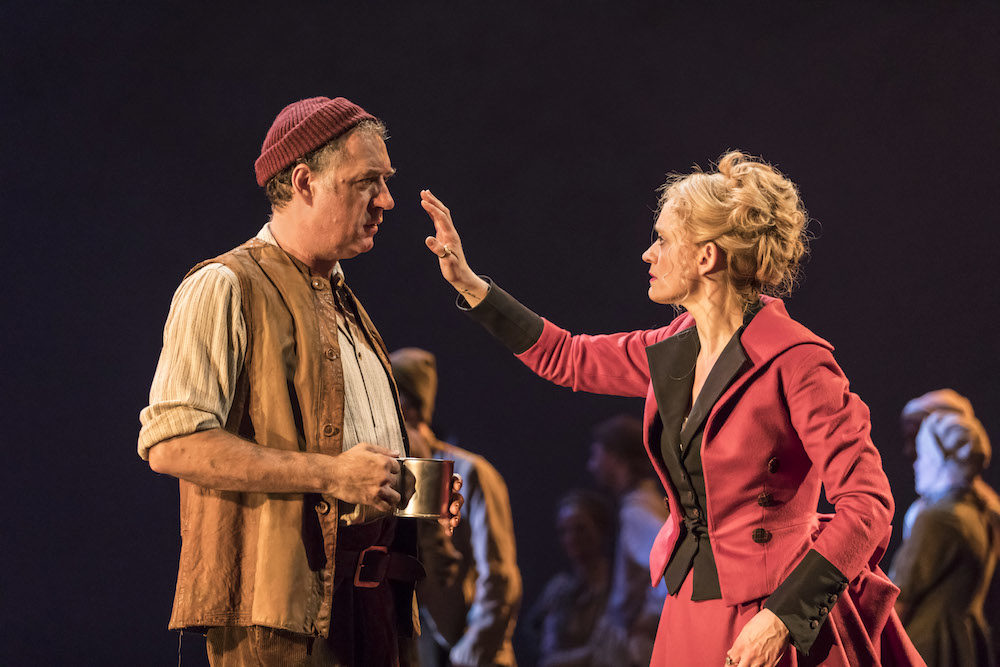 I really wanted to love this play, with its epic sweep and historical insights, but Jeremy Herrin’s production, for Headlong, makes this very difficult. Despite the fact that Richard Hudson’s design conjures up the rural life of an agrarian past, much of the language is difficult to follow and the motivations of the characters, which include a host of servants, workers and others, are vague. Duff is curiously flat for large stretches of the story, with only occasional sparks of genuine feeling. In support, Cush Jumbo’s Laura and John Dagleish’s King struggle to convince, while Lois Chimimba (who plays two minor characters) and Tim McMullan (Lord) are not always clear.

In compensation, Common has several moments of theatrical pleasure: the sinister gathering of the angry peasants, disguised as animals; a talking raven; characters with names such as Eggy Tom and Heron; ghastly gothic gravesides; the Cock Inn scene; antic night imagery; a dance scene; a coalition of chaos. But overall there is a lack of clarity in the narrative and characters, and the play’s politics are lost in obscurity and in a nihilistic sense that revolt means turning on migrants and that rebellion’s defeat is inevitable. It’s a sad thing to see in general election week.

This article was originally published on Sierz.co.uk. Reposted with permission. Read the original article.