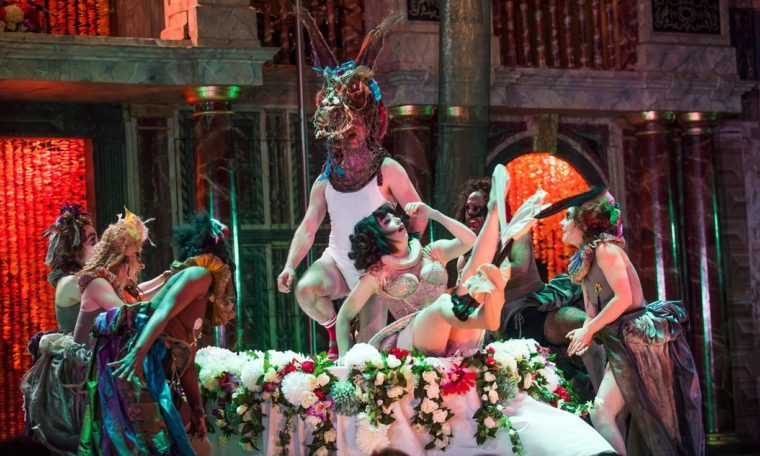 Michelle Terry, the new artistic director of Shakespeare’s Globe, has promised a return to the Bard “unplugged” after the row over the modern use of sound and lighting which cost her predecessor her job.

An Olivier award-winning actress who played the title role in Henry V, Ms. Terry pledged to extend “gender-blind” casting to achieve a 50/50 split between male and female roles when she takes control of the famous open-air London theatre next Spring.

No Amplified Sound and Fury

But she said that a condition of her appointment was that productions will feature no amplified sound and no imposed lighting rig.

Ms. Terry, a regular performer at the Globe, said “shared light”, meaning the performers can see the audience, who feel more involved, as they might have done in Shakespeare’s day, was what made the theatre unique.

The actress, who will act during her tenure but said she did not have the experience to direct productions herself, said: “Every other theatre can do sound and light. What is unique to the Globe is that we don’t.”

“It’s not so much about what was added on (under Rice) but what was missing. You want to reach out and touch the hands of the people, it’s that connection with the audience.”

Asked if she would recreate the sailor-suited dancers and a disco soundtrack Ms. Rice brought to her Twelfth Night, Ms. Terry said: “My offer to a director is – if you want to get people to dance, go as far as you can in your imagination and then unplug it.”

Ms. Terry said: “What can you do with a drum – people used to dance to Ceilidhs every night and that’s a drum with a fiddle, so what can you do when you unplug your idea?”

Ms. Terry said her commitment to gender-blind casting would extend to a greater ethnic diversity on stage and roles for the disabled.

“Shakespeare didn’t worry about gender so why should we? He had men playing women,” said the actress, who also wrote and starred in a Sky sitcom, The Cafe.

Unlike Ms. Rice, she has read all of Shakespeare’s plays and professed a passion for the Bard. But Ms. Terry said children would be “put off” by being made to read texts, designed to be performed, in classrooms. Ms Rice said: “Teachers were taught so badly so they’re frightened to teach Shakespeare. They need to experience it (on stage) too.”

Ms. Terry did not apply for the Globe post. She said she wrote a letter offering her services to help get the theatre back on track, after giving birth. “I’ve never felt so creative as after I’d given birth,” she said. The Globe board then asked her to apply.

The “dark lady of the sonnets” will finally step out of the shadows. A play to be staged at Shakespeare’s Globe suggests that Shakespeare’s plays may have been written by his female muse.

Emilia Bassano, a pioneering female poet who was known to the Bard, will be the subject of the first new work staged at Shakespeare’s Globe by incoming artistic director Michelle Terry. 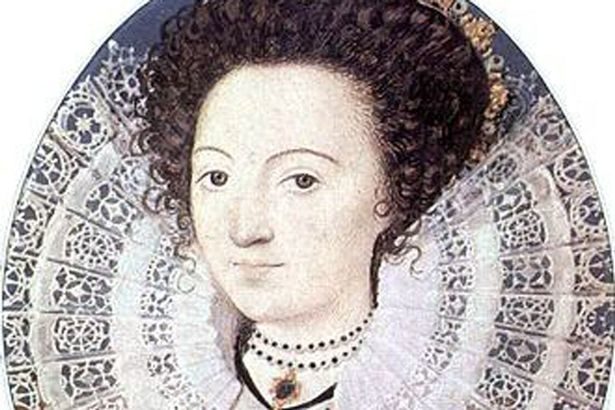 Born in 1568, five years after Shakespeare, the dark-skinned Bassano was a mistress of Lord Chamberlain, Lord Hunsdon, by whom she had a son. 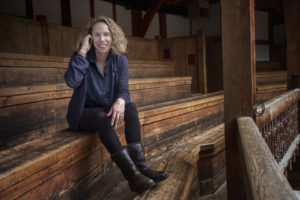 “She was Britain’s first female poet and possibly authored some of Shakespeare’s plays,” Ms. Terry said. “She was certainly around the Royal court at the time and is considered to be the Dark Lady of Shakespeare’s sonnets.”

The first Englishwoman to publish a collection of poems, under the name Emilia Lanier in 1611, Bassano may have authored all of Shakespeare’s sonnets, some scholars have speculated.

Ms. Terry has commissioned an unnamed female playwright to research and write the play, which she compared to “Shakespeare In Love but with a dark-skinned Italian-Jewish lady instead of Gwyneth Paltrow.”

On the vexed question of who actually wrote Shakespeare’s plays, Ms. Terry said: “Whether it was one man, or one woman or 10 people, the work exists and no-one else or no other body of people has matched it. It is the greatest offering to literature there has ever been.”

Ms. Terry said the play would explore how Bassano explored her creativity as a poet and negotiated court life after giving birth to an illegitimate child.

This post originally appeared on iNews on August 18th 2017. It has been reposted with permission. 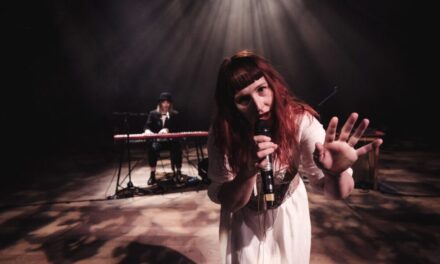