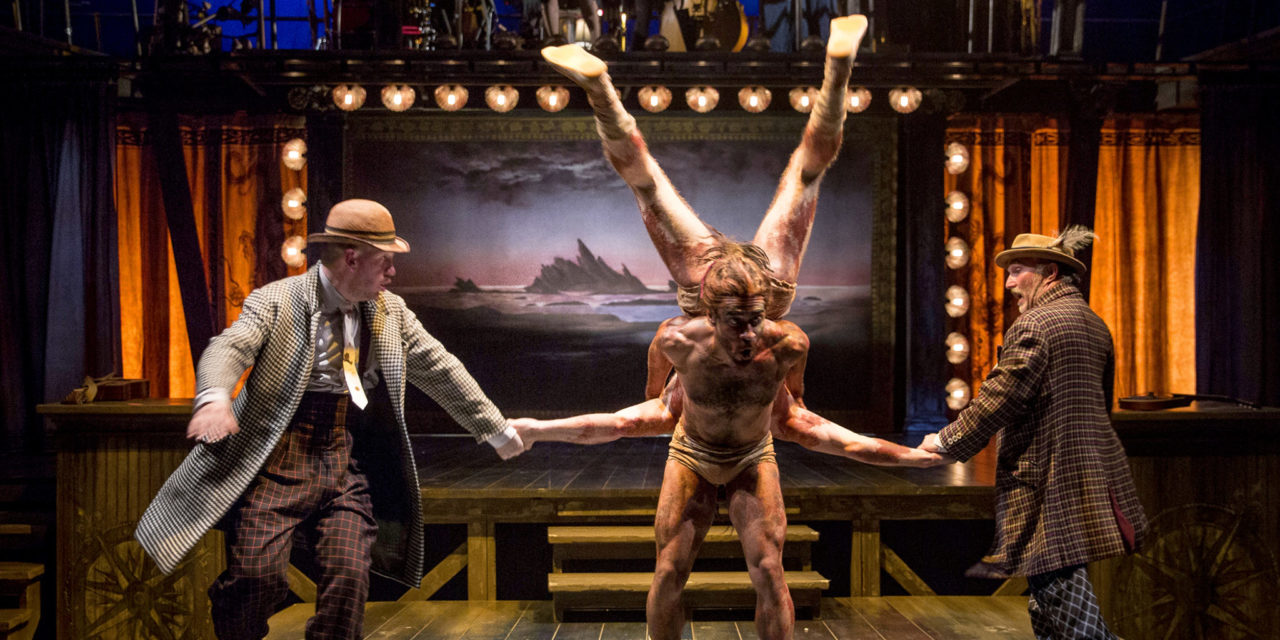 Chicago Shakespeare Theater's "The Tempest." Trinculo (at left, Adam Wesley Brown), Stephano (at right, Ron E. Rains) and a topsy-turvy Caliban (at center, front: Manelich Minniefee, back: Zach Eisenstat) are frightened by the spirits of the isle--personified by the Rough Magic ensemble. Photo by Liz Lauren.

The classic revenge tale The Tempest, reimagined at Chicago Shakespeare Theater as a traveling tent show of trickery and amazement, was recognized for Production-Play for a large theatre, Direction of a Play for Aaron Posner and Teller, Magic Design for The Great Tomsoni Johnny Thompson, and Lighting Design for Thom Weaver.

Porchlight Music Theatre’s Dreamgirls, the story of the aspirations and success of rhythm and blues artists in the 1960s and 70s, was honored with awards for Production-Musical for a midsize theatre, Principal Actress Donica Lynn, Supporting Actor Eric Lewis and Costume Designer Bill Morey.

The award for Production-Play of a midsize theatre went to United Flight 232, about the emergency landing of that flight, produced by The House Theatre of Chicago. Its cast was honored with the prestigious Ensemble award, sponsored by Actors’ Equity Association.

Rachel Rockwell received the statue for Director of a Musical in a large theatre for Ride the Cyclone, the story of school choir members who compete for another chance at life after a rollercoaster crash, which will soon open off Broadway.

Principal acting honors in a play went to Mary Beth Fisher for Domesticated at Steppenwolf Theatre Company and Dexter Zollicoffer in Northlight Theatre’s Charm.  Principal actor in a musical was awarded to Nathaniel Stampley for “Man of La Mancha” at Marriott Theatre.

Brian Quijada was recognized with two awards: Solo Performance and Sound Design of his original autobiographical play Where Did We Sit on the Bus?, which expresses his curiosity about the role of Latinos in the Civil Rights era, produced by Teatro Vista in association with the Chicago Department of Cultural Affairs and Special Events and Victory Gardens Theater.

Shari Addison received the award for Actor or Actress in a Revue for Dynamite Divas at Black Ensemble Theater.

Chicago continues to be a nurturing center for New Works, and top awards went to Philip Dawkins for Charm at Northlight Theatre, based on the true story of a transgender woman teaching etiquette to LGBTQ youth in Chicago, and to John Reeger, the late Julie Shannon and Michael Mahler for “The Man Who Murdered Sherlock Holmes”, a musical tale of the mystery that ensues when Sir Arthur Conan Doyle kills off his famous detective.  The statue for New Adaptation was awarded to Robert Falls and Seth Bockley for their interpretation of Roberto Bolaño’s epic novel, 2666, with 15 actors playing 80 roles over five hours.

The awards for supporting actors in a play went to Jacqueline Williams in The House That Will Not Stand at Victory Gardens Theater and Mike Nussbaum in “The Price” at TimeLine Theatre Company.

A Special Award was presented to Michael Halberstam, Artistic Director of Writers Theatre.  Under his artistic leadership, from founding Writers Theatre in 1992 with performances in the back of a bookstore to its new state-of-the-art facility designed by world-renown Studio Gang Architects, Writers Theatre has attained a national reputation for excellence and has garnered critical praise for the consistent high quality and intimacy of its artistry.

The Jeff Awards has been honoring outstanding theatre artists annually since it was established in 1968. With up to 55 members representing a wide variety of backgrounds in theatre, the Jeff Awards Committee is dedicated to celebrating the vitality of Chicago area theatre by recognizing excellence through its recommendations, awards, and honors. The Jeff Awards fosters the artistic growth of area theatres and theatre artists and promotes educational opportunities, audience appreciation, and civic pride in the achievements of the theatre community. Each year, the Jeff Awards Committee evaluates over 250 theatrical productions and holds two awards ceremonies. Originally chartered to recognize only Equity productions, the Jeff Awards Non-Equity Wing was established in 1973 to celebrate outstanding achievement in non-union theatre. The next Non-Equity awards ceremony will be held at Park West on June 5, 2017. 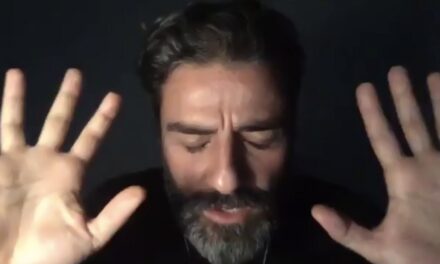 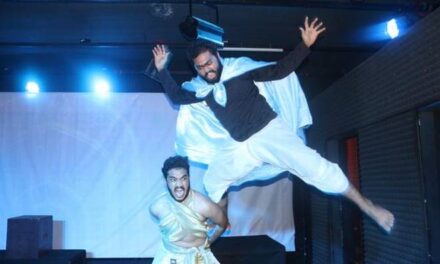