Hands And Language, A Chronicle In Georgian Land 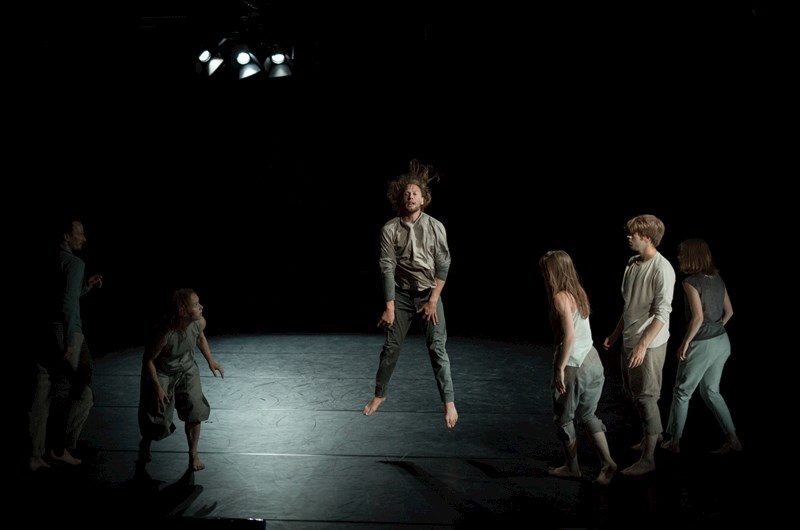 "Be Like A Water." Tbilisi International Festival of Theatre

An askew church tower, an entrance in half-light–some places do not expose themselves that easily. But once you entered the cave, the international aura of the puppet-master rustles into your neck and this gentle puff of wind creates an emotional link between the spectators, exogenous bodies in such muffled environment charged with memories, and yet already familiar with the work–or at least trusting the experience that awaits them. One must say that before encountering Rezo Gabriadze’s universe, Georgian propositions were discouraging even for the tough ones. 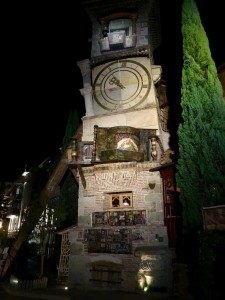 For the 8th edition of the Tbilisi International Festival of Theatre, one of the most important cultural events in the Caucasus and in the countries bordering the Black Sea, the will to find out about the liveliness of Georgian creations has gotten the upper hand on the international program, which however displayed names such as Ostermeier, Suzuki, and the Dakh Daughters, among others.

Opting for adventure–which one easily imagines light and exotic–proves to be culturally fascinating, yet sometimes artistically incomprehensible. Performed by companies which instantly convey the generosity and the love of their art, the plays oscillate between several corpora of references–aesthetic, geographical, political, and literary–which limit their reading and blur the intentions for eyes short of acculturation (in the literal sense as well: the surtitles are insufficient, or even nonexistent, and the Georgian language has no idiomatic connection with Indo-European languages–all this increases the difficulty of understanding). But let’s admit it, difficulty tends to stimulate us, so down with constraints and conventions! The festival is a place where everyone speaks freely and more directly, in a limited and condensed time. It’s up for us to move apart the boughs and clear the way for ourselves.

Trust to sensory intuition when the intellect surrenders, focus on the reception of threnodies and dances, which are always present onstage. Forget the leather straps, the Roman sandals up to the thighs and the oiled bodies–which echo some porn movie shot on Mount Olympus in the 1970s–and the final erection of the majestic dagger displayed onstage. Forget the underground performances and the eunuch who sings mopping the floor in his sequined corset, the howls and the cakes, savagely squashed against concrete walls. Trust the enthusiasm of the audience, which always stands and thanks the actors for the shared moment, proud to be part of it and to participate in the radiance of its people.

A chiasmus to express the ambivalence that is eventually resolved in this equation, because everything comes alive by hands and language; nights do not harbor sleep but the warmth of the speeches and the taste of wine, which everyone holds as an ancient craft. The table gathers aesthetics and flavors, languages mix with the shared ambition to intertwine their respective worlds. The table is found again at the center of Prometheus, staged by Dada Tavadze, in which the actors are as old as the independence of their country, and which becomes the epicenter of polished and mystical work on sound and pictures. The hands and the pains of puppet-master Gabriadze complete the nurturing of our minds, and everything comes to a close in fable, poetry and enlightening marvel.

Tbilisi International Festival of Theatre is a member of the European Festivals Association since 2009.

This article originally appeared in Festival Bytes on October 21, 2016, and has been reposted with permission.

The original article in French can we found on the I/O Gazette website. 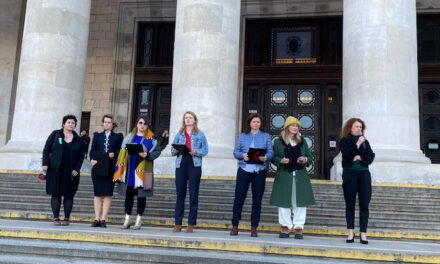 World Theatre Day Message of Polish Centre of the International Theatre Institute on 27 March 2022 in Polish, Ukrainian, and English 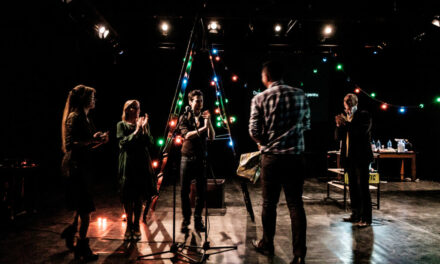 What Are You Already Doing In Your Organization Or Community (Related To Digital Technology And Theatre)?