The CRLT Players of the University of Michigan in performance, prior to the pandemic. Photo credit: Lisa Tune.

The new professor had a choice. He arrived early to a meeting to discover a senior faculty member lying in ambush, armed with a crude joke and disparaging words for a researcher—a woman—who’d applied for a job in their department.

An angel appeared at the young man’s side, encouraging him to disrupt the distasteful monologue. A devil appeared at his other side, urging him not to risk riling up an influential colleague.

Should he hold his tongue, or speak up?

That was the question posed to professors who gathered virtually on a recent Tuesday afternoon for a theatrical lesson in bystander intervention. After watching actors perform a sketch titled “The Joke,” they talked in small groups about how familiar its themes of power and exclusion felt.

Despite lofty college mission statements, higher education is not always a welcoming place. Major studies reveal that sexual harassment is pervasive in some disciplines, discrimination strains women and people of color, and bias leaches into everything from teaching to tenure promotion.

That’s the creative solution more colleges are turning to as they try to make their cultures more inclusive for people who find themselves marginalized within academia. Programs for applied theater at institutions including the University of Michigan, University of New Hampshire, University of Virginia, and Florida International University bring to life higher ed troubles and tensions through original sketches, shows, and the occasional musical number.

These performances strive to educate, entertain—and transform. The goal is to help professors change how they behave—and misbehave—and empower them to alter how their committees and departments function, or fail to.

“The hope is that when you see a piece of our theater, you have a response to it that allows you to think in different ways and see different possibilities,” says Sara Armstrong, director of the theater program at the Center for Research on Learning and Teaching at the University of Michigan.

It works by putting difficult interpersonal dynamics on stage for everyone to see, through scenes whose characters and conflicts are instantly recognizable to anyone who has spent time in a college office or classroom. Members of the audience then participate in a facilitated discussion about problems they noticed and interventions that might help.

The format allows academics to deal with discomfort in productive ways, experts say, in part because it invites them to talk about issues without putting any individual on the spot. As Matt Kaplan, executive director of the Michigan center explains, “I’m not talking about my classroom, I’m talking about that classroom.”

At the same time, performance adds human intimacy back into statistics about racism, sexism, and class.

“There’s an emotional impact of theater you don’t get through a written case study,” Kaplan says. “It invests audiences in wanting to grapple with the difficult issues rather than wanting to avoid them.”

The work that applied theater practitioners do is in high demand even beyond their own campuses, so they traveled frequently before the pandemic. These days, they stage pieces remotely via video call, such as “The Joke,” which was produced by AWED Theater at Florida International University. Their craft has earned the endorsement of faculty and administrative leaders, who marvel at how theater can stimulate reflection, conversation, and even culture change.

“It’s powerful, it’s engaging, it’s interactive,” says Jennifer Linderman, a professor of chemical engineering at the University of Michigan and director of the UM ADVANCE program, which works to support a diverse faculty. “I think they’re remarkably effective.”

From Report Page to the Stage

If you received an invitation—or instruction—to attend a performance about a faculty hiring committee, would your first reaction be to … cringe? That’s not unusual.

But for the experience to accomplish its aims, academics have to buy into it. “Being not bad,” Armstrong says, “is actually very essential.”

A lot of effort goes into making sure the creative works have credibility with professors and administrators. The process starts with philosophies and techniques from a variety of drama disciplines, including interactive theater; Theatre of the Oppressed, a movement that uses performance as a tool for social change; and community-based theater, which draws on the goals and insight of a particular social group.

Research for each script is culled from reports, interviews, and observations of actual incidents at colleges. A sketch about sexual harassment draws on studies from the National Academies of Sciences, Engineering, and Medicine. A sketch about first-generation college students is rooted in discussions with those students. “We try not to invent lines. We do our best to take things we’ve actually uncovered,” says David Kaye, a theater professor at the University of New Hampshire and artistic director of Power Play Immersive Learning. “If we’ve had three or four people give us some version of the same thing, there’s a universal truth here within that department.”

Programs hire actors who can improvise and help shape scripts, and who offer what Armstrong calls “a level of subtlety, a level of nuance.”

“We look for people committed to an equitable rehearsal process,” says Cortney McEniry, artistic director and program manager of UVA Acts. “Whatever is happening in our rehearsal is going to inform the quality and the integrity of the program we’re going to produce.”

Eva Rosenwald has performed with the University of Michigan program—known on campus as the CRLT Players—for more than 15 years. In one long-running show, now retired, she played Donna, the lone woman professor on a tenure review committee. Rosenwald says she appreciates the chance to use her background in social work alongside her acting skills.

All of this adds up to realistic plots and characters explored with theatrical flair. Professors who show up to a performance as skeptics often leave unnerved by its accuracy.

“We have sketches where people walk up to us and say, ‘That was my department, how did you know?’” Kaplan says. “‘Were you listening at the faculty meeting?’”

Oh my gosh, I saw my experience on stage.

An applied theater sketch is like a pane of glass. For some viewers, it’s a mirror that reflects their personal experiences. For others, it’s a window into the lives of their colleagues and students. And for everyone willing to engage, it’s a magnifying lens that enlarges the details of daily interaction for clearer inspection.

The potential these programs have to inspire empathy comes out during the facilitated discussions that follow performances. One professor might say “‘Oh my gosh, I saw my experience on stage,’” Armstrong explains. “Or in the same session there is somebody who says, ‘I have never had that experience, and I can understand how utterly painful that is.’” This pairing of drama with dialogue can be enlightening. McEniry calls it a “saturated moment of meaning-making.” But it can also provoke disbelief, frustration, and grief.

Kaye recalls a session in which “a gentleman stood up and said, ‘This is so unrealistic. We don’t have any of these problems.’ The female colleague sitting right next to him gave a nod and a look that said it all,’” Kaye says. “After we played the scene, she needed to take a moment to breathe. We had represented her reality.”

Feeling demoralized is as much a risk for actors as for audience members. Morgan Breon, an actor with the CRLT Players, remembers performing at a medical school where some of her friends were enrolled as students.

“While we were there, I saw the professor completely dismissing what we were doing, and it triggered me,” Breon says. That experience prompted her to take a break from performing with the Players. “To know my friends were enduring heavy discrimination that some of these professors were participating in, and for them to be cavalier about it, I didn’t know what to do about it at the time.”

Breon ultimately returned to the Players, believing that the power of their other performances outshined that dark moment. She says that audience members who are willing to keep an open mind about learning from the process are often shocked by how effective it feels—even people who feel the most kinship with a character who is creating, rather than suffering from, conflict.

“What’s particularly interesting for me to watch is when you see someone who identifies with that person, and wants to defend or get some understanding around that person,” Breon says. “For me, it’s a win for someone to see it and voice their discomfort.”

Culture doesn’t change in an afternoon, of course. Moving from storytelling to conversation to action requires institutions to commit to working differently.

That starts when key leaders attend performances to signal their support, says Linderman, a professor at the University of Michigan. And it continues when faculty use the strategies they learned through applied theater training in their daily work.

“The sketches help you to see what your responsibility is and what is the path forward, what you might do, how can you challenge the status quo or redesign processes or include others in your efforts,” Linderman says. “I tend to leave thinking, ‘I can imagine how I can change my syllabus.’”

At the training based on “The Joke,” facilitator Jeffrey Steiger, creative director with AWED Theater, helped professors process their reactions to the character who demeaned a job applicant. Steiger explained how a witness might challenge such speech, then asked if anyone from the audience would jump into the scene, to improvise how to interrupt the unfriendly jester.

A woman raised her hand. The actors began again. But this time, the senior professor didn’t get far into his comments before the volunteer spoke up. She disagreed with his assessment of the job candidate. She asked him to explain his innuendos.

She threw up her hands to send a clear sign—Enough!—and changed the story’s ending.

This article was originally published in EdSurge on March 4, 2021, and has been reposted with permission. To read the original article, click here. 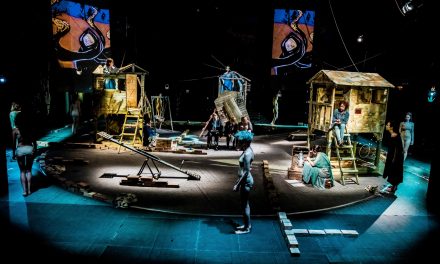 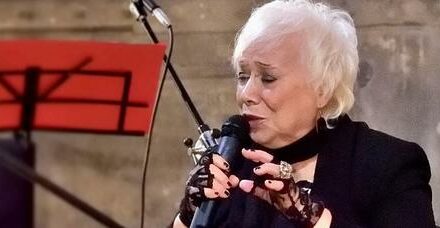 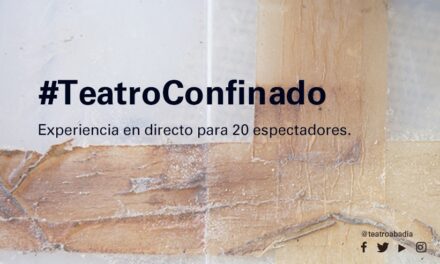