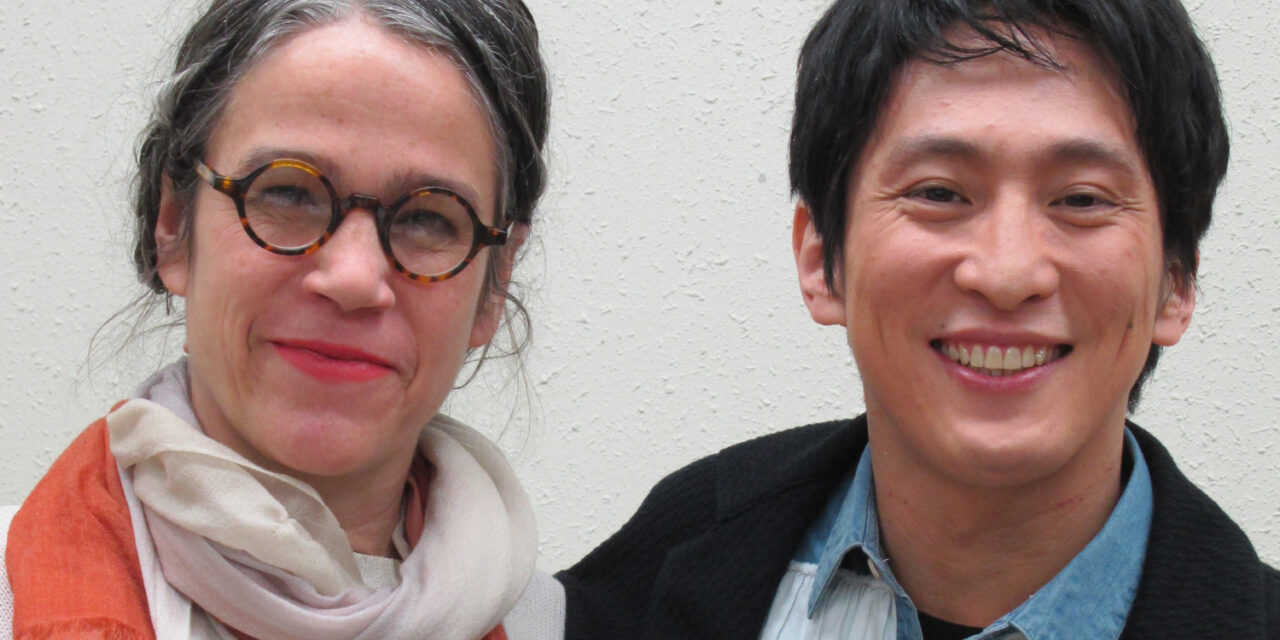 Haruki Murakami is probably Japan’s best-known living writer — a worldwide bestseller with novels translated into at least 50 languages. Yet, despite that, dramatizations of the 71-year-old author’s works have been notably few and far between. Even one of his most popular titles, the enigmatic 1994-95 trilogy The Wind-Up Bird Chronicle, has only once been adapted for the theater. That was in the form of a multimedia play by Stephen Earnhart, a former director of production at Miramax Films, that ran in New York in 2010 and again at the Edinburgh International Festival in 2011 — but not in Japan.

Now, though, the Tokyo Metropolitan Theatre is set to fix that omission with an international collaboration that will be the first production based on a book, to be staged in its author’s homeland.

Created by Israeli dramatists Inbal Pinto and Amir Kliger, aided by co-writer and co-director Takahiro Fujita, the work — which shares its title with the novel — will be performed by young Japanese actors and dancers, with some actors also dancing and some dancers having speaking roles. Fast-paced and compellingly mysterious, The Wind-Up Bird Chronicle is ostensibly a detective story involving a disintegrating marriage, the human subconscious and themes of good and evil, and life and death.

However, in contrast to works by Japanese authors like Yukio Mishima, Natsume Soseki and 1968 Nobel laureate Yasunari Kawabata that often enlist Japan’s culture and its supposedly singular national mindset, Murakami’s tale — first translated into English in 1997 — is essentially borderless. Hence, by resonating across many countries it has become a cultural touchstone worldwide.

The Characters and Plot

Although Murakami’s central characters are usually rather ordinary, they can also be, here as elsewhere, peculiar and unusually individualistic in relation to Japan’s group-minded social norms; his stories are often freakish in disjointed ways or slip into realms of magical realism that envelop readers.

For instance, The Wind-Up Bird Chronicle, set in mid-1980s Japan, starts innocuously enough with, “When the phone rang, I was in the kitchen, boiling a potful of spaghetti and whistling along with an FM broadcast of the overture to Rossini’s ‘The Thieving Magpie.’”

However, the call turns out to be from an anonymous person who sets the low-key protagonist, Toru Okada (played by Daichi Watanabe and Cho Songha, better known by his stage name, Songha), off on a fateful quest to find his wife, Kumiko (Ayumi Narita), who disappeared without a trace just days after their beloved cat went missing.

Between jobs as he is, Toru — who is taking a break from the daily grind of life as a lawyer’s aide — devotes his energies to that search, soon meeting a neighbor named May Kasahara (Mugi Kadowaki), an odd high school girl who often plays truant. Toru tells her about hearing a bird whose tweets sound like clockwork, prompting her to dub him “Mr. Wind-Up Bird.”

Others who come to populate Toru’s world include a prostitute with psychic powers; Kumiko’s elder brother, a rising politician with a horribly violent nature; and an aging war veteran who is haunted by what he saw during Japan’s occupation of Manchuria.

Then, one day, Toru and May find a dried-up well and, after climbing to the bottom, Toru’s mind is filled with visions of what seems to be another, parallel world. It’s just one of the many complex aspects of this tale that surely help to explain why it has hardly ever been staged before.

Undaunted, Pinto, the director, choreographer and designer of this three-dimensional version of the story, says she has felt a “mutual attraction” between her and Japan since she first came here in 2001 with the Inbal Pinto & Avshalom Pollak Dance Company’s production of “Oyster.”

In 2007, she returned to present the world premiere of Hydra, a work featuring two Japanese dancers, Kaiji Moriyama and Shintaro Oue; then in 2013 she created and staged The Cat that Lived a Million Times, a musical, based on a well-known Japanese children’s book, that earned five commendations in that year’s prestigious Yomiuri Drama Awards. Now, at the age of 50, Pinto is tackling — with playwright and co-director Kliger and their Japanese team — the almost ridiculously challenging task of wresting theater from Murakami’s world.

“I find Murakami’s novels are beautiful, mysterious and reveal unspoken layers of life,” Pinto says, explaining her motivation for staging the play. “Especially as I come from a dance background, and dance is a nonverbal form of expression capable of communicating a lot under the surface in the way his writing does. “I recently heard about the Japanese expression ‘kūki o yomu,’ meaning ‘read the air,’ and that’s something you can feel in dance through sensing each other’s bodies and the way you touch and gesture.” Seemingly moved by those words, Songha joins in. “I took this offer because it meant I could work with Inbal again after doing so in a rerun of The Cat in 2015,” he says. “She planted in me the seed of a different form of expression as an actor; one that calls on a strong and flexible physicality as I saw in top dancers back then. It was a great discovery in terms of my acting skill.” Songha adds that Pinto’s approach to using performers has been inspiring. “With Inbal and the others here, I realize we don’t need to draw a line between actors and dancers,” he says. “For example, I regard Inbal as a great actress, not a dancer.” Responding to his comment, Pinto says, “My expression is coming from my body and I feel words through my body. So, my body tells me how to speak and dance … it’s a natural channel.”

From Page to Stage

But all that aside, how do they actually get to grips with this massive text, a book that runs to three volumes in Japanese and several hundred pages in English?

“The transformation from the book to a stage production is a big challenge. It’s 700-plus pages and we want to make a two-hour show,” Pinto says. “Of course we can’t tell the entire story, but we try to retain the sense of Murakami’s world — the mystery, the layers, the mind tricks and philosophical questions like ‘what is evil?’ and ‘how can we live with it?’ There’s also the issue of what Toru is actually searching for; what he is missing besides his wife.” Pinto says she has put in a lot of preparation time ahead of staging the play. “Amir and I worked almost every day for a year in Israel, just finding which words are important to keep and which we could explain using physicality,” she says. “Though it’s very important to commit to Murakami’s world, we also tried to incorporate new aspects of our own.”

“While Murakami created the ‘Wind-Up’ world with his words and his logic, we are trying to stage it using the freedom of visual expression that makes it possible to add extra meanings,” Songha says. “Consequently, I think anyone seeing this through fixed lenses of Murakami’s logic may not enjoy it unless they can adopt a tolerant attitude. However, I believe we are adding valuable elements and certain unspoken feelings.” Songha says that, in practice, the team is still busy cutting words, and everybody in the rehearsal room — the directors, actors, and dancers — is putting their heads together to create this totally new and groundbreaking play-with-dance, or dance-with-acting, take on The Wind-Up Bird Chronicle.

As for the elephant that’s been in the room all along during this interview — the fact that two actors, Songha and Watanabe, will take the role of Toru — I finally ask why.

“Two Torus creates duality and complexity of the character. That was written in the novel, but we needed a different approach to express it,” Pinto says.  “But I can’t tell you how it actually plays out — or anything about the stage design or costumes. I think it’s important to keep those things secret to make audiences go ‘Wow’ in the theater.”

The Wind-Up Bird Chronicle runs from Feb. 11 to March 1 at Tokyo Metropolitan Theatre in Toshima Ward, Tokyo. It then tours to Osaka and Nagoya through March 15.

This article was originally posted at Japantimes.co on January 31st, 2020 and has been reposted with permission. For the original articles, click here 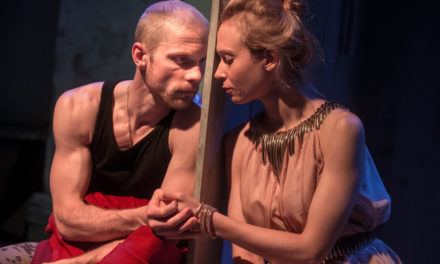 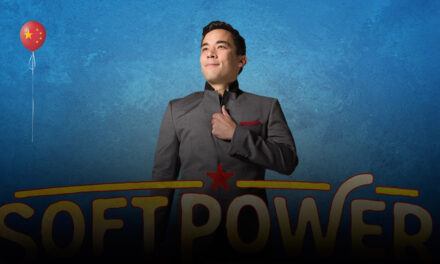 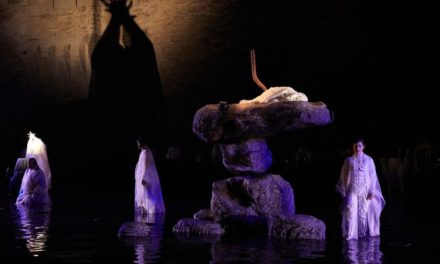