Between Pride and Pain: National Day of Theatre Brings Many Memories to Egypt’s Artistic Community 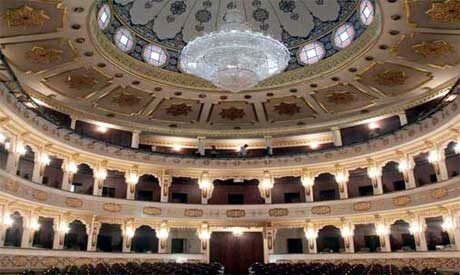 Yesterday, the theatre community celebrated Egypt’s National Day of Theatre with a performance staged at the Cairo’s National Theatre and directed by Nasser Abdel-Moneim.

This year, the event joined a number of celebrations and commemorations. To Egypt’s theatrical community, it also triggered many retrospective thoughts: sorrows linked to the month of September and pride marking the year 2020, the centenary of Cairo’s National Theatre.

Let us begin with the tragic date of September 5, 2005, when a large fire erupted in the Beni Suef Cultural Palace claiming over 50 lives and injuring dozens. In fact, the number of victims remains debatable, as many point to the fact that dozens of artists passed away weeks and months after the incident due to the long-term injuries and deteriorating health caused by smoke and fire.

The Beni Suef fire erupted during a performance of The Zoo Story, a one-act play by Edward Albee, staged during the Amateur Theatre Festival.

In 2011, the then-minister of culture, Emad Abu Ghazi, declared September 5 as Egypt’s National Day of Theatre, a date which also falls within the days of the annual Cairo International Festival for Experimental Theatre (taking place in the first 10 days of September).

Curiously, this was not the only fire that threatened the Egyptian theatre. In September 2008, a fire damaged large segments of the Cairo National Theatre. Though the incident did not claim lives, it destroyed huge parts of the decorations and architectural components, forcing the theatre to close its doors to the public for over six years.

However, the year 2020 also marks the National Theatre’s centenary.

The beautiful edifice surrounded by a busy square and roads of Cairo’s downtown was officially founded by Egyptian national entrepreneur Talaat Harb in 1920. However, the history of the building and area goes much further back in time.

Erected in the area of Al-Azbakiya Gardens, the semi-theatrical structures surrounded by palaces and a lake aimed at first to provide entertainment for the Mamelouke rulers. During Napoleon Bonaparte’s expedition to Egypt (1798-1801), the site became a location for French troops to enjoy some theatrical shows. It was in 1885 that the first Egyptian troupe performed in the location that was already known as Al-Azbakiya theatre.

The first official National Egyptian Theatre Troupe was founded in 1935, but it was disbanded only seven years later due to staging anti-British performances. Following the 1952 Revolution, the Al-Azbakiya Theatre became the National Theatre, becoming home to the Egyptian National Group and the Modern Egyptian Theatre Group.

Many renowned Egyptian actors stood on the stages of the National Theatre, presenting numerous works by known playwrights such as Alfred Farag, Lotfi Al-Kholi, Noaman Ashour, and Youssef Idris, among others.

The theatre is very significant, with unique architecture adorned by Islamic and Arab ornaments, and in 2000 was put on Egypt’s Heritage List.

Today’s edifice consists of two auditoriums. The large hall with a row of balconies bears the name of the Lebanese actor George Abyad, while the smaller hall is named after the renowned Egyptian actor and director Abdel-Rehim Al-Zorkani.

The September 5 celebration, which took place at the National Theatre’s stage, brought many artists and ministry officials to the theatre’s halls.

A performance written by Mostafa Selim and directed by Nasser Abdel-Moneim walked the viewers through the different eras of the Egyptian theatre’s history.

The celebrations come within the Cairo International Festival for Experimental Theatre, an annual event which in its 27th edition is presided over by Alaa Abdel-Aziz Suleiman. Due to the current unusual circumstances, the festival is presenting a limited number of the Egyptian plays in theatres, while Arab and international plays are shown online.

The 27th CIFET opened on September 1 and continues until September 11.

This article was originally posted at english.ahram.org on September 6th, 2020, and has been reposted with permission. To read the original article, click here. 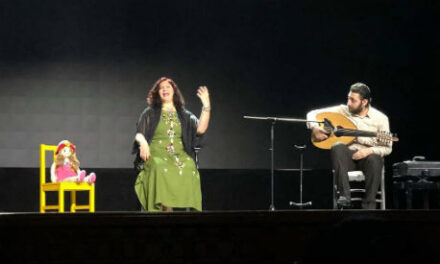 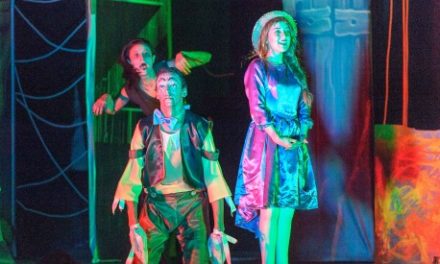 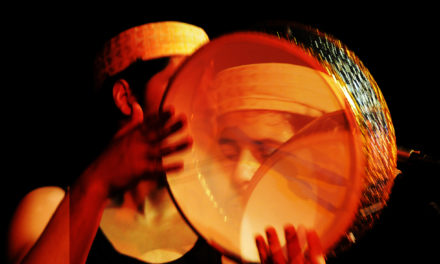 Staging the Transition in North Africa: Theatre as a Tool of Empowerment