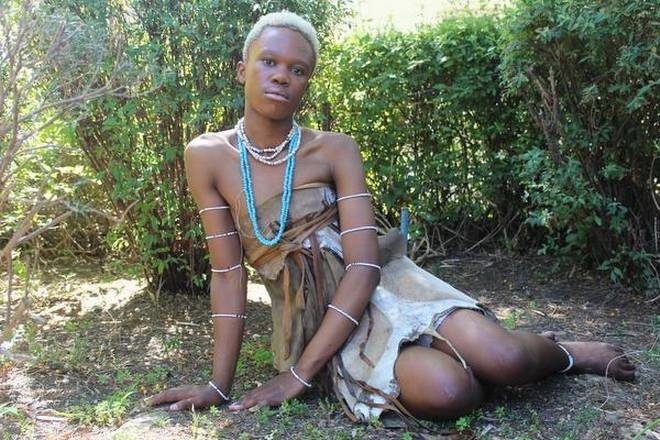 At a staging in Kerala in January, Sara Matchett’s Walk: South Africa proved to be a harrowing but cathartic experience, and not very typical, what seemed to be a projection of its closing credits followed the performance. Names scrolled upwards, and at first, the visual was a testament to the reach of this remarkably resonant project, since so many artists and technicians appeared to have collaborated on it. Yet, the roll continued long beyond what one might expect to be a list of those behind a powerful but finite creative endeavor performed invariably as an intimate three-hander.

Midway through, one realized that the “credits’ were, in all probability, the names of women who, given the piece’s thrust, had been brutalized and killed by men. It was an eerily chilling moment, as if we were now in a shrine, and some of us who had started to file out of the black box stopped in our tracks, suddenly contrite at not paying appropriate obeisance to the departed spirits who now hovered around us, named but still anonymous. Almost as confirmation of our worst fears, one of the last names to scroll past was that of model Reeva Steenkamp, possibly the only one in this large group known outside South Africa. This is partly due to the protracted tabloid coverage afforded to her perpetrator, the convicted paralympic star, Oscar Pistorius, who fatally shot her in 2013. Yet, in death, Steencamp has risen high to become the face of South Africa’s struggle to quell its endemic violence against women.

Matchett’s piece is a rejoinder to Maya Krishna Rao’s Walk, which was a fervent response to the 2012 Delhi gang rape. In 2013, Matchett conceived and staged Walk: South Africa, as a similar response to the gang rape and murder of South African teenager Anene Booysen. The works unsqueamishly take on gender-based violence in India and South Africa. Rao’s equanimity of approach in Walk only thinly disguises the seething angst that she feels towards an all-pervasive rape culture that has corrosively seeped into our minds and institutions. Her composure is never for a moment inured to the disturbing perturbations of spirit that affect Indian women, but stands in some contrast to the much more impassioned outpourings of Matchett’s performers (Rehane Abrahams, Lukhanyiso Skosana and, on video, Siphumeze Khundayi) who don’t hold back in forcefully and aggressively giving vent to centuries of the violent oppression of women.

More than five years after Nirbhaya, the cycles continue with the Unnao and Kathua gang rapes, and innumerable other egregious incidents that haven’t hit the airwaves in similar fashion, but are no less gruesome. Last week’s META Theatre Festival witnessed the staging of a Kannada adaptation, of Bertolt Brecht’s The Caucasian Chalk Circle, directed by Chandra Keerthi B. In the climatic court scene, a maverick judge must choose between two women claiming to be the mother of the same child. In a pivotal moment, the play stopped proceedings for its cast to deliver a pledge in support of the “Justice for Asifa” movement, that’s gathering steam across the country. In the context of the performance, the declaration seemed a little like bleeding-heart tokenism, given the manner in which the play had been struggling with its own portents. Yet, it does have its place in contemporary expressions of protest.

The echoes of Kathua also resonate in Jino Joseph’s Malayalam play, Nona, which took top honours at the META festival. It is set in a fictional village, modelled after Koduvally in Kozhikode, where most of its cast and crew hail from. The spectre of pseudo-nationalism threatens to destroy the idyll, and in many ways, the village is a microcosm of the country as a whole. In one scene, a woman, raped by her own paramour, is depicted as sprawled across the very map of India that he guards zealously with his life. The implication is clear. Later, the scene segues into the visual of several hapless women who are casualties of a nation’s blind jingoism. The conversations emerging from Kathua must necessarily include religious sectarianism and majoritarianism, because of the manner in which the events unfolded, and the support the alleged perpetrators garnered from both governmental institutions and local communities.

Nationalism erected on the edifice of deep-seated patriarchy is no different from the colonisation of the body depicted so hauntingly in Walk: South Africa. Skosana and Abrahams start off by wearing colonial clothing, with high necks, long sleeves, and unstiffened bodices. A Mary Poppins’ style pinafore completes the look. Matchett’s work in the theatre investigates the body’s breathing patterns and its innate emotions, and finds a gestural and verbal language for its performers to create a sensorial presence on stage that transcends all limitations. Skosana’s corseted self is given to sonic expressions that are both desperate pleas and battle cries for liberation. The glad rags of subjugation are soon stripped away to reveal an authentic indigenous (in today’s parlance, Wakanda-esque) sartorial identity. It is an unsettling reminder of how the marginalisation of women goes hand in hand with how a country views its own place in the world.

This article was originally published in The Hindu on April 24, 2018, and has been reposted with permission.

“New Piece I: Since She”: Tanztheater Wuppertal and The Legacy of Pina Bausch