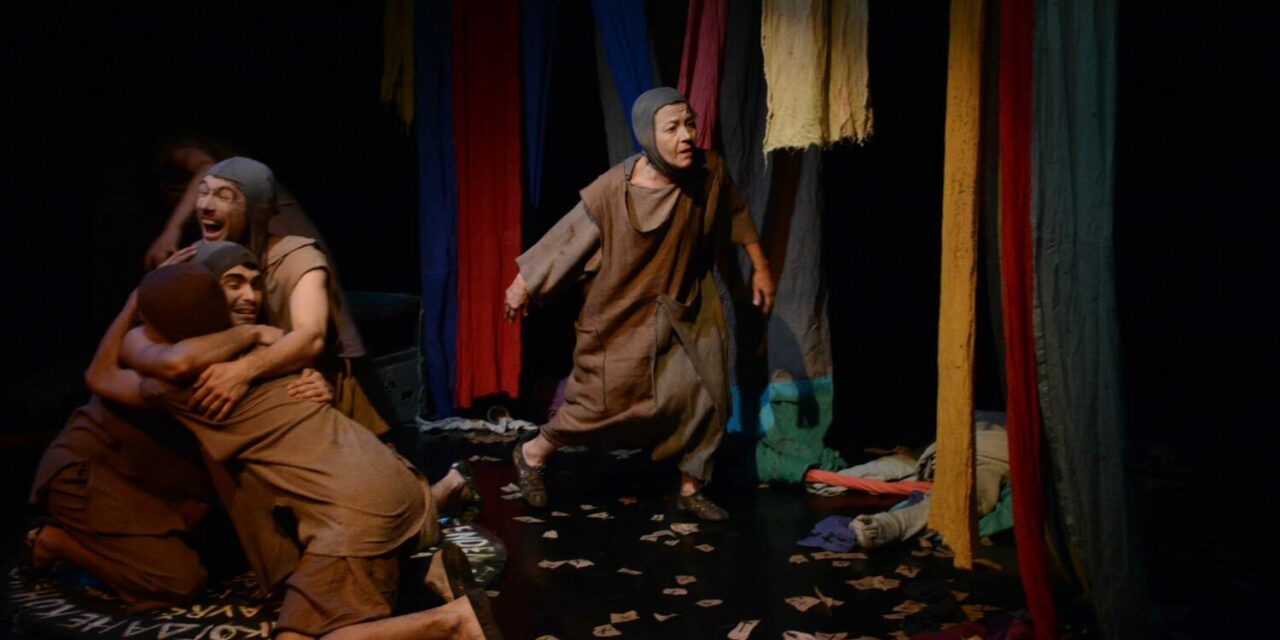 It’s in our laugh and in our tears

And in the pulsation of our veins

Change! We are longing for a change!

These were the first words we heard on the streets of St. Petersburg – played in front of a subway station by an underground youth band. Change by Victor Tsoi, from the Kino group, was the generational hymn of 1986-90. As a visiting scholar with Emerson College, I was, together with Professor Craig Mathers, invited to the 7th International Terra Incognita Theater Festival hosted by the majestic city’s Interior Theater.

Despite the multifold of risks and trivializing facts that pointed against our visit to this tiny troupe in the middle of Nevskiy Prospekt, we risked this journey and was it absolutely worth it? I think so –especially with its rich history from the period of democratization. The Interior Theater was officially created in 1988. It started when a group of theater enthusiasts, led by director Nikolai Belyak, staged Scenes from Faust by Pushkin in the premises of the Leningrad House of Architects. The expensive architectural spaces of St. Petersburg were considered performance spaces for various Interior Theater projects. For example a cycle on Little Tragedies by Pushkin, in evenings in Derzhavin’s House on the Fontanka, Autumn Boredom by Nekrasov in the office of the poet’s apartment museum and project Radix! dedicated to the Russian avant-garde of the 1920s as a co-production with La Fabrique Theater in Paris.

The Interior Theater has actively participated in the social and cultural life of the former Leningrad with more than 100 different happenings, such as the first St. Petersburg Carnival in 1997, or a cultural program presented on the orbital space station in 1992. We listened with bated breath, to the comical story of how the Column of Tsar Alexander was wrapped in a giant balloon, with the figure of Peter the Great tossed out of the fourth story Theater window gently on a slide, landing onto the street below. In another instance, one of the Russian cosmonauts took a cassette with Bach’s musical pieces and Russian broadcasts onto the space station and a flag designed by theater’s set designer was unfurled in outer space. These happenings were carried out to celebrate the uniqueness of St. Petersburg’s cultural history. The theater’s activity has also focused on Russian emigration and dissidents, as well as shaping civil society through various protest activities, highlighting democratic cultural and social values. The Interior Theater’s International Terra Incognita Festival was one of such events that we were fortunate enough to attend to during our short stay.

On our first night, we were able to see the play produced by the Nikitski Theater in Voronezh. It was The great Soviet encyclopedia by Nikolai Kolada and directed by B. Aleksiejew. This chamber theater play, conceived by three talented young actors, comprised of various aesthetics and genres –ranging from comedy, thriller and to a religious moral treaty. The play tells the story of a woman who has gained possession of a property by simply watching over a recently deceased elderly person, and is forced to confront the heir. The main heroine has dreams of using the property to start afresh but ends up failing despite her desperate efforts –as plotted by her sly and calculating acquaintances. How then, in such a callous and materialistic world are we to attempt any form of human understanding, rapprochement, and empathy? Does the only solution lie in mysticism and Russian spirituality as the play suggests? This performance, nonetheless, ended on a conventional note, with prayers and mystical elation of the protagonist, breaking out of the classical structure of the spectacle. It also showed how commercialization and the rush for enrichment are at odds with the far from dormant values in Russian culture.

One of the fringe theaters from Warsaw – Temat Theater – based a performance on the prose of the Nobel laureate Svetlana Aleksiejewicz War has nothing of a Woman in it.It consisted of the WWII stories of Russian female soldiers fighting on the front, which referenced the cost of war from the rare perspective of a woman. This offering included a series of monologues that demythologized the heroism of some Soviet soldiers, illuminating the unnecessary acts of violence against the women of defeated Germany through strong visuals and language. War is never solely about the victorious or defeated states involved, but beyond so, the harrowing tales of individual and private entities are often obscured in these overarching grand, heroic narratives which ‘justify” the covert and ubiquitous barbarism. The extremely dynamic, innovative puppet show of the Little Puppet Theater from Saint Petersburg was also devoted to war issues. Entitled Mamasha Kwas a brilliant adaptation of Bertold Brecht’s Mother Courage. Puppetry traditions in this part of Europe are particularly strong and have their own local color. The creative team and performers took handfuls of all available techniques, creating bold, painterly images while exposing the ugliness of war – cruelty, greed, aggression, and sacrifice. Brecht’s story was told virtually through Margarita Koltsova –her phenomenal talent in illustrating the heroine’s love for risk and effectiveness. She created a personality who, while (and through) loving war, ingrains the instinctual need for survival, and yet ironically losing her loved ones in the process. While the excessive staging effects overwhelmed the reception of the performance, nonetheless the creative intentions of this project seemed very ambitious to us and well worthy of note.

The penultimate event we witnessed was a lecture by Valeriy Bondarienko from Samara about the life and work of Boris Poplavskiy (1903-1935) supplemented with fragments of an independent performance arising on this subject. An émigréRussian poet, Poplavskiy, who seemed to us a late Russian Rimbaud or early Charles Bukowski, led the hysterical and dangerous life of the Parisian contestant, reveler, and provocateur. He created erudite poems in the style of noir, inspired by vanitas motifs, with the image of death, and slowly melting snow constantly haunting him, and consuming him entirely. As part of the tradition of Parisian flâneur and as a social enfant terrible Poplavskiy, this was a kind of artistic authority for Russian emigrants. Based on his work, director Denis Shirko created a performance with the work of artists with disabilities, mimes and the language of modern media. The fragments of the performance displayed gave hope for the creation of a very interesting piece of art, especially with the tracking of mime movements and synchronizing them with multimedia objects.

We ended our visit at the Festival by organizing a master class for actors and festival participants. Craig Mathers’Master Class concerned the methodology of Mikhail Chekhov and its application in contemporary acting. Professor Mathers mentioned that many of Chekhov’s discoveries in this field – although derived from his Russian upbringing – were shaped as a merging of the East and West. It was in his emigrant travels that Chekhov found his most faithful students and constructed his methodology. Perhaps this is why the participants of the Master Class willingly surrendered to arduous tasks with such curiosity and even ardor. It has been said that this system arouses great interest among Russian actors, who have only begun to hear of their “forgotten” Russian master in recent years. One can only hope that this interest will propel further into subsequent visits or joint projects. Theater performances including those at the Festival often refer to current socio-political realities. This year’s offerings not only addressed War in its historical and contemporary frame as a phenomenon that keeps returning to haunt humanity but also as an internal conflict within and between particular human beings. Is there a place for Change that Victor Tsoi was calling for? The Interior Theater as an institution that supports democratic changes by shaping civil society is currently experiencing its very own structural changes even as it continues its mission. It organizes a festival which advocates for the possibility of breaking the wheel of history of violence, and instead, propel a better and brighter future ahead.

The Festival Terra Incognita is held by Interior Theater in Saint Petersburg, Russia. The VII edition was organized from the 22nd of November to the 3rd of December 2019.

Link for the Festival and theater: http://spb-ith.ru 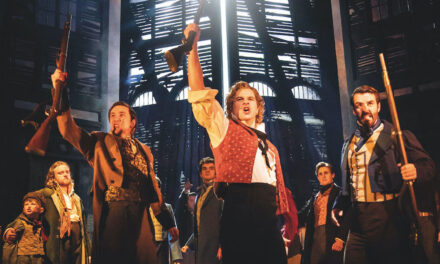