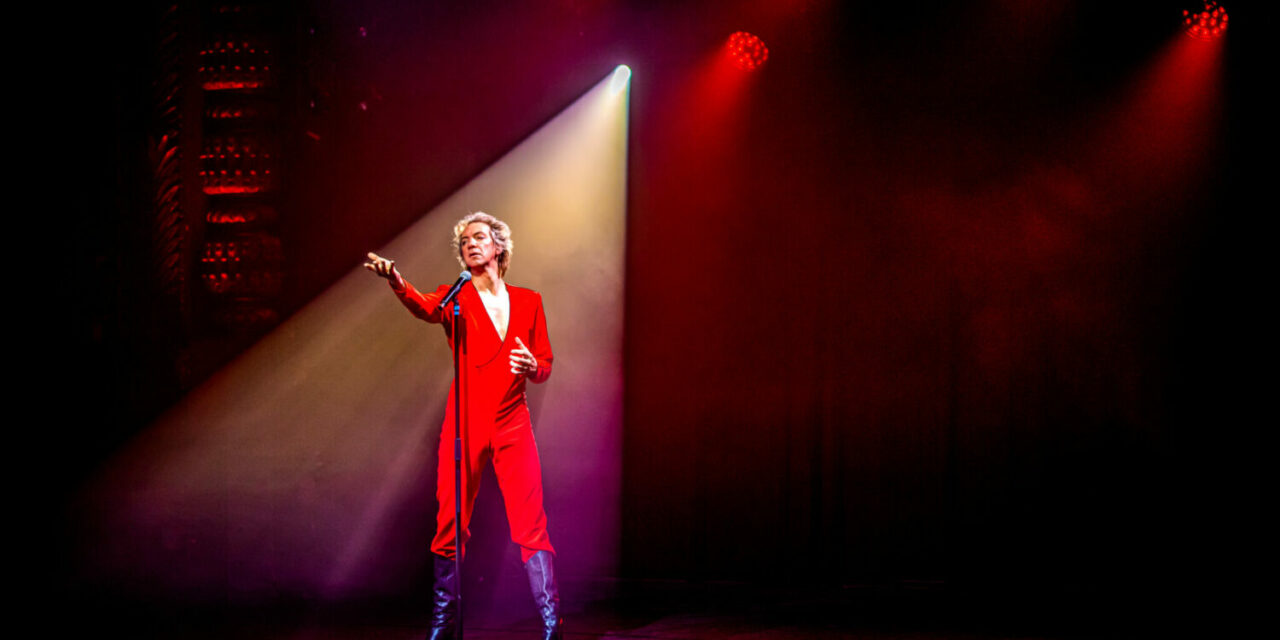 The ghost of David Bowie is alive and well and residing in the basement of La MaMa’s Downstairs Theatre on East 4th Street in New York’s East Village. Sven Ratzke is a Dutch-German performer and leading Bowie interpreter who seems at times to be a vessel for Bowie’s spirit. He previously performed a Bowie-themed cabaret show at Joe’s Pub called Starman and has toured internationally, including an award-winning performance at the Edinburgh Fringe in 2016.

His latest show, Where Are We Now? is a stark, captivating evening whose title is cribbed from a hit single from Bowie’s penultimate studio album, The Next Day. That release capped a decade of virtual radio silence following a pair of albums with long-time producer Tony Visconti in 2002 and 2003. Bowie’s final album, Blackstar, coincided with his premature death in January 2016. Bowie ceased touring in 2004 in the wake of a heart attack following a concert in Germany. Ratzke’s emergence on the global cabaret scene filled a void left by Bowie’s disappearance from the touring circuit. This new show possesses greater significance since The Man Who Fell to Earth left us.

Ratzke has imposing boots to fill by taking on not only the catalog but the biography, the persona of such an indelible star. That he succeeds is a testament to his skill and artistry as both a writer and performer. The evening begins as Christian Pabst appears, clad simply in a dark suit, and walks over to the grand piano that will be his perch for the remainder of the show. Moments later, Ratzke appears in a Ziggy Stardust-inspired ensemble, replete with exaggerated shoulder pads on a billowing periwinkle suit tucked into glammy, chunky-heeled boots. While his physical resemblance to Bowie is modest, the vocal similarities are more evident. Like the symbiosis Joan Baez conjures in her approach to the work of Bob Dylan, there is both imitation and alchemy in Ratzke’s version of Bowie in this new show.

Like Bowie, Ratzke’s appearance is both austere and androgynous, with an emphasis on his most visually arresting incarnation. During the glam rock era of the early 1970s, Bowie created and embodied a celestial character he dubbed Ziggy Stardust, inspired by his admiration for proto-punk singer Iggy Pop. Five years later the two moved to Berlin where they shared a flat and recorded some of their most distinctive music together. Ratzke crafts this period into an evocative story, one of several such digressions from the musical heart of the evening. Like an avowed fanboy, Ratzke is intimately familiar with the biographical details of his muse’s life. In Bowie lore, his departure from LA-based, drug-fueled rock star in 1976 for the relative anonymity of sobriety in Berlin remains a legend. That this period resulted in the acclaimed “Berlin Trilogy” marks this abrupt career shift as a particularly inspired move. The months spent in Germany found Bowie enlisting lapsed collaborator Tony Visconti and new songwriting partner and musician Brian Eno. Both Visconti and Eno would prove immensely influential and remain, along with Mick Ronson, Bowie’s most significant collaborators.

Having seen Bowie in concert it’s impossible not to bring that baggage to a performance such as Where Are We Now? The primary challenge a pious interpreter such as Ratzke faces is a pervasive sense of familiarity with the source material. While one can’t help but pine for more muscular accompaniment than the otherwise stellar work of Christian Pabst, it’s possible to make a swift adjustment and enjoy the scaled-down performance Ratzke has lovingly created. Ratzke is a gifted storyteller and these tales offer an effective counterpoint to the music.

The big reveal of the night is the emotional resonance of the songs that Where Are We Now? showcases via its spare arrangements. Ratzke’s setlist astutely concentrates on songs that possess a realistic narrative thread. He then plucks that shimmering essence like a shiny seashell from the ocean floor. Or maybe a star from the sky would be a more apt image. Ratzke unearths emotional depths only hinted at in the original recordings. An enduring takeaway from the night is the sense that Where Are We Now? may indeed be the closest we’ll get to the sort of late-career, pared-down rearrangements of their own work such musicians as Bryan Ferry has notably pursued.

The evening is evenly paced and democratically divided into songs from Bowie’s 1970s heyday, a bit from his uneven 1980s phase, and then a selection from his later career. Director Dirk Groeneveld deserves much credit for a smartly-paced evening. The crisp, effective scenery features a spangly silver upstage curtain and evocative lighting design that emphasizes dramatic reds and blues. The musical arrangements are dynamic and succeed in transcending one’s expectation of a rock band, with Pabst memorably using the side of the piano as makeshift percussion.

Later in the evening, Ratzke mentions how he has toured his show through Europe to towns big and small. With Bowie’s passing, it seems inevitable that Ratzke will enjoy a wider audience, someone to remind us of what a singular talent was David Bowie. No wonder the gifted Ratzke has devoted the heart of his career to Bowie’s musical legacy, carving out his own in the process.

Where Are We Now? is at the Downstairs Theatre at La MaMa, 66 East 4th Street in New York City. 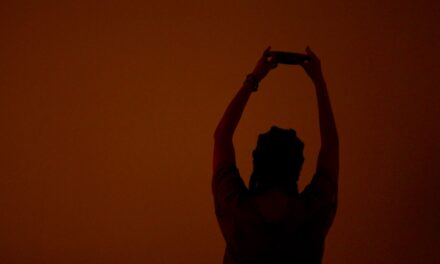 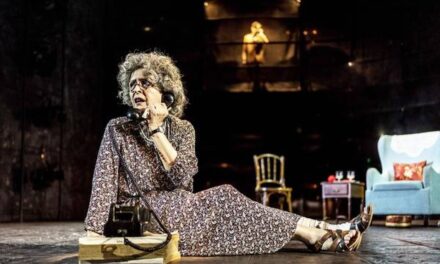 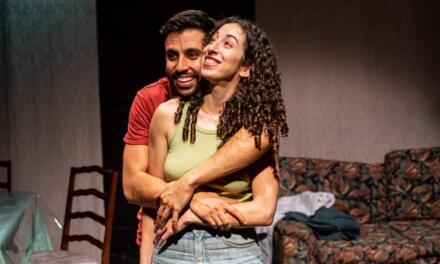