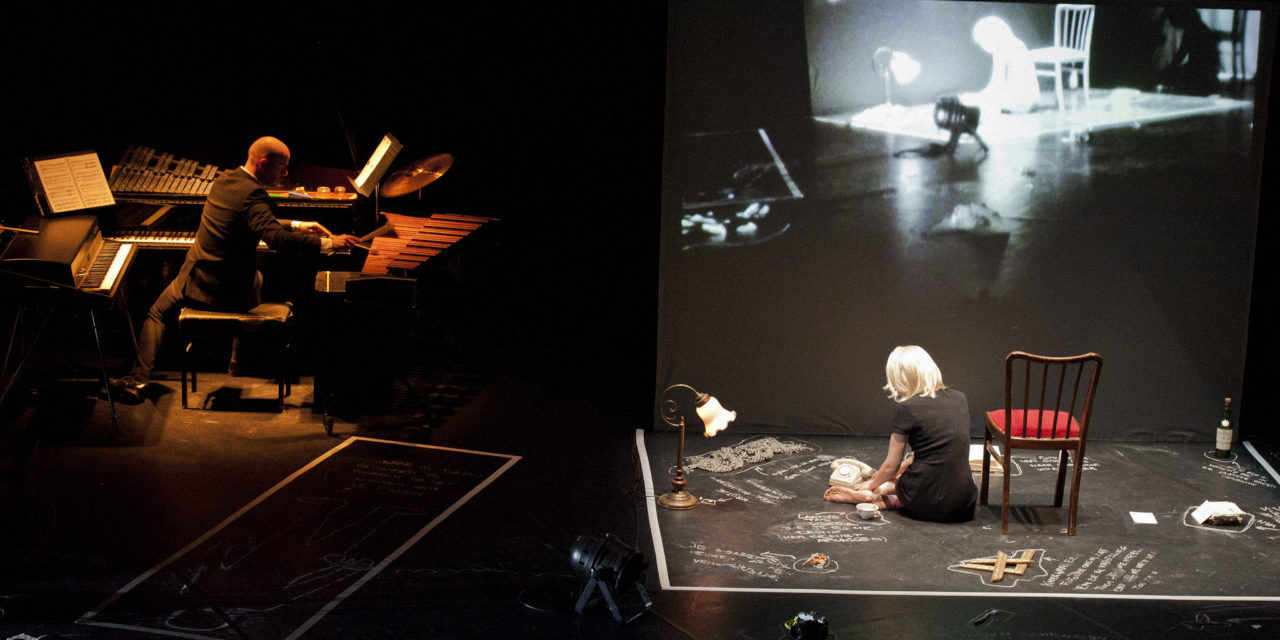 Based on a written work by Jean Cocteau (1889-1963), La Voix Humaine centers on a woman, Elle, making a final attempt to get back her lover in a desperate telephone conversation. She creates a web of words – fearful, yearning, hysterical – as a safety net in her struggle for survival in the face of the imminent void. The gradual realization that her lover has chosen once and for all to be with someone else drives her to despair until the connection is literally broken.

La Voix Humaine was originally Beeldens’ graduation project at the Royal Conservatoire of Antwerp, and she asked Van Looy to help her with the staging of the performance. This question came at the perfect timing for him because Van Looy, as the artistic director of Muziektheater Transparant, was looking to start a new project for young artists. This project became the very first TRANSLAB production.

For this project, Beeldens didn’t simply seek a stage to display her singing virtuosity, but rather she ventured to take this chance as a path to delve into a complex character as well as herself. As she says, “I knew from the very start that I wanted to avoid a classical take on the piece – it was crucial for me to make a version of La Voix Humaine which stayed close to me as a person and as a singer.” However, she finds this demanding role charged with multilayered feelings and intense emotions not only intriguing but also challenging. “Getting these 45 minutes of monologue into my system was quite the task!” Interestingly enough, she compares the process of portraying Elle to riding on an “emotional rollercoaster,” which “defines La Voix Humaine and makes it so poignant.”

It took the team a while to find the key to the staging of the piece. The rehearsal process was very much one of trial and error, but in the final weeks before the performance, it all came together. The stage is symbolized as a mausoleum of memorabilia – the scene is littered with objects of lost love and full of chalk lines, representing the remains of a past relationship. Elle wanders around in this personal archive indefinitely as if staging her own death and obsessively keeping her love alive in endless repetition.

In the background, a dancer gives shape to the absent lover, while the pianist Jeroen Malaise brings Francis Poulenc’s score impressively to life. Instead of having the piece performed with an orchestra as Poulenc intended, Malaise worked out a unique one-man-band version of the composer’s score, performing it with just a piano and at the same time incorporating the colors and nuances of an orchestra.

The production’s premiere was acclaimed by critics and audiences alike. In general, the audience loved the performance, stating they were impressed with Naomi’s voice and capability to transform herself into the character of Elle, and the combination of Beeldens’ voice and the dexterous piano work of Malaise proved to be the biggest charm of the performance. Likewise, the critic Frits van der Waa also pointed out, “Belgian soprano Naomi Beeldens portrays Poulenc’s one-woman opera brilliantly. …Her chanson-like voice lends itself well for this piece. The biggest charm, however, is the piano accompaniment by Jeroen Malaise, who reveals himself as a true one-man orchestra, mainly because he also (mostly simultaneously) plays a kettle drum, a large drum, an electric piano, and glockenspiel.”

Such a success also attracted attention abroad. Guy Coolen, general director of Muziektheater Transparant, went to the Beijing Music Festival last year, and Shuang Zou, Associate Program Director of the Festival came to Operadays festival in Rotterdam, of which Coolen was the artistic director. They then discussed an exchange of projects in the coming five years, and the first choice of Shuang was La Voix Humaine.

La Voix Humaine in Beijing is going to be performed at the Red, Taikoo Li Sanlitun North from October 19th to 21st, 2017. With a subtitle “Midnight in Paris,” the special version for Beijing creates the atmosphere of Paris in the beginning of the 20th century. Yet, no matter how it changes, what’s unaltered is the resonating fact that, as Beeldens says, “We all have some Elle inside of us.” 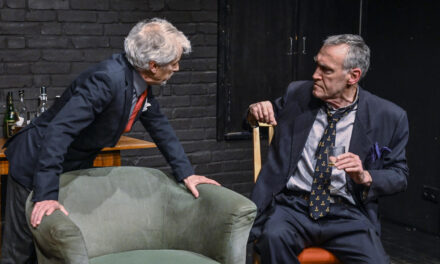