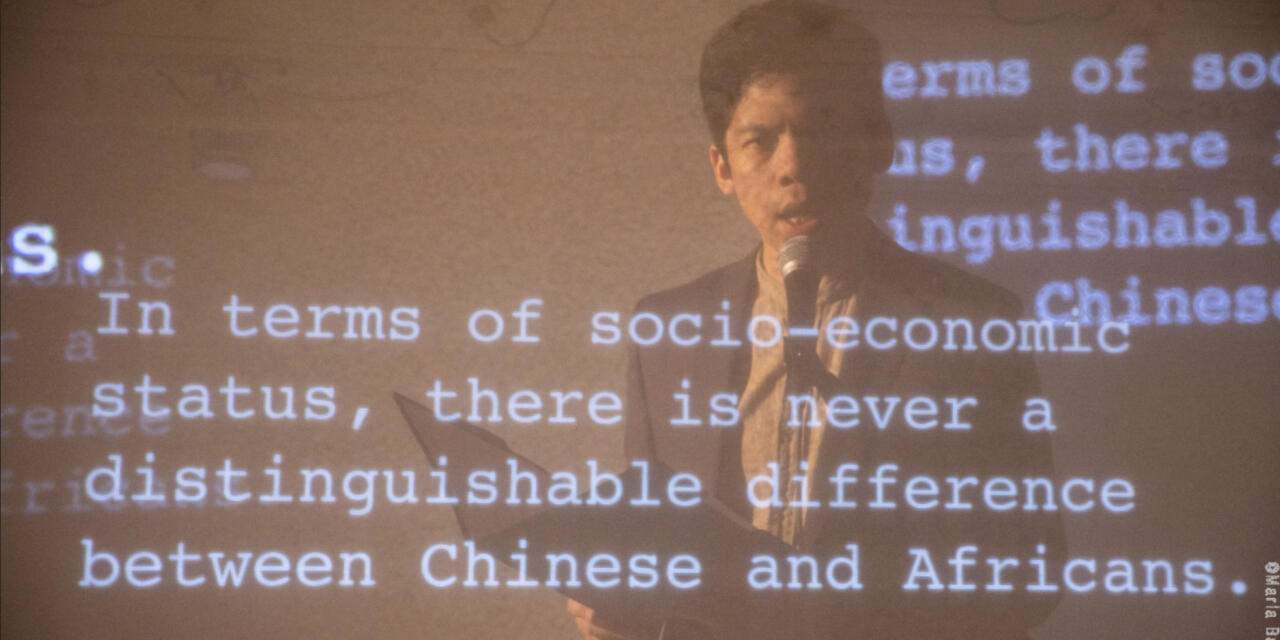 Sky of Darkness is enjoying its US premiere June 2-12 at Theaterlab in Midtown Manhattan. The play, written by me, is directed by Rakesh Palisetty, courtesy of Pan Palisetty Production.

Sky of Darkness is a documentary-style play that takes a somber look at neocolonialism, race, and the perils of personal choices in the face of complex global issues. Loosely adapted from Joseph Conrad’s Heart of Darkness and informed by the harsh 1975 critique of the novel by African writer Chinua Achebe, the work is based on actual, first-person accounts of Chinese nationals who found themselves in the service of a huge government-owned industrial conglomerate selling and operating military equipment in West Africa. Focusing on the developments that get little exposure in the Western media, my play asks questions pertaining to the social and ethical consequences of the modern-day expansion of Chinese industrial power in the Black Continent. Featuring the international cast and creative team and infused with multimedia, the two-act piece juxtaposes live actors and pre-recorded content, creating a dreamlike narrative that examines the fleeting nature of memory.

The play tells the story of a modern-day persona modeled after Conrad’s Marlowe – a young Chinese pilot Ma Luo who is sent on a mission to West Africa under a state-owned enterprise in military aviation. Ma Luo starts off with his naive belief that he could make a contribution to the aviation industry in Mali, but as he learns more about the corrupted and selfish intentions of his colleagues and the actual threats of terrorism around him, Ma Luo gradually becomes disillusioned and starts to question the real agenda behind his mission. Confronted by the ghost of the Nigerian novelist Chinua Achebe, Ma Luo departs on a profound journey into his own memory of Africa, dissecting his dream, guilt, and disillusionment.

This story is inspired by the real experience of my friend, who is also the prototype of the protagonist. This friend of mine works in the Sahel area in West Africa on behalf of a Chinese state-owned enterprise to sell attackers to African government air forces. When I heard about his experience — from the anecdotes about wars and terrorist attacks in Africa, to their impression of African people and society, to mundane details of everyday life — I couldn’t help but connect his story to Joseph Conrad’s Heart of Darkness. Juxtaposing my friend’s fresh contemporary experiences with a 19th-century classic of English literature, I was fascinated by the rich space between the personal, the political, and the fictional tradition that shaped how we perceive and tell the story of the personal and the political. I want to discuss the ethical anxiety of modern individuals in the context of global socio-political and racial relations, where the encounter with the colonial “others” can no longer be discussed without being questioned from the point of view of the “others” themselves. One quote from Chinua Achebe would best sum up my essential intention behind this play: “[…] I’m trying to tell people they’re more racist than they thought.”

The show, starring HanJie Chow as Ma Luo, Malcolm Opoku as The Ghost of Chinua Achebe, and Sanskar Agarwal as The Pakistani Pilot is directed by Rakesh Palisetty and features dramaturgy by Zhe Pan and Yizhou Zhang,  projection design by Andrew Freeburg, sound design by Sophia Shen and Lemon Guo, scenic design by Diana Fathi and Elena Vannoni, costume design by Diana Fathi, and cinematography by Daniel Cho. Egg is the producer of the film used in the show. 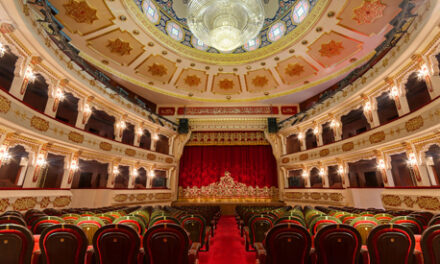