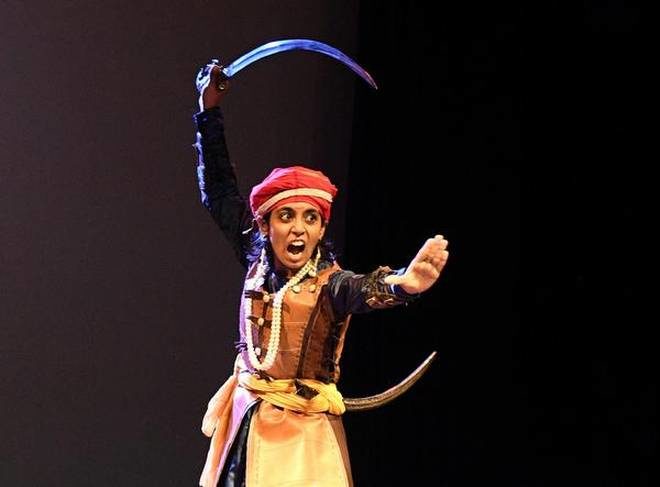 In the dark auditorium of Alliance Francaise of Madras, a lone figure facing away from the audience begins to sing the first verse of the famous Hindi poem Bundele Harbolon by Subhadhra Kumari Chauhan accompanied by Vishwa Bharath on percussion. A rough translation of which reads, “Thrones shook and tension erupted among the monarchs. Ageing India was experiencing a new wave of youthfulness. The inhabitants had realized the worth of their lost freedom.”

Amidst this chaos rose to power the queen of Jhansi, Rani Laxmi Bai. A lone woman ascertaining the future of her subjects was herself uncertain of her next moves. Meera Sitaraman effectively translated the uncertainty into her characterization in Gallantly Fought the Queen, a play scripted and directed by Theatre Nisha’s V Balakrishnan.

The play is about the quest of the queen to secure Jhansi during and after the mutiny begins; and her fight to prevent the British from annexing it. Sitaraman, in a wonderfully put together warrior-general attire, initially wielded a sword with unsure swings. But, as the play progressed, the audience could see a sense of confidence building along with surer strokes.

Interspersed with the poem, Bundele Harbolon, the pace of the play alternated between intensely rhythmic and an anger-induced war-like speed. The appropriately minimalistic lighting provided an atmosphere where the audience’s imagination could thrive as the narration advanced. The use of a black drape as the background added to the imaginative journey the audience embarked on with Sitaraman. At the end of the play, an enchanting black bow made by Sitaraman was gifted to the winner of a lucky draw arranged for the audience.

This article originally appeared in The Hindu on April 24, 2018, and has been reposted with permission. 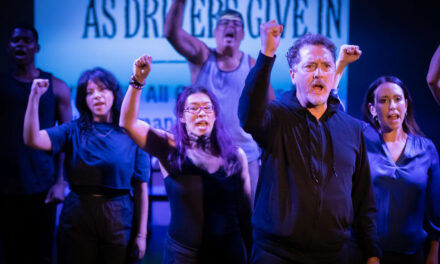 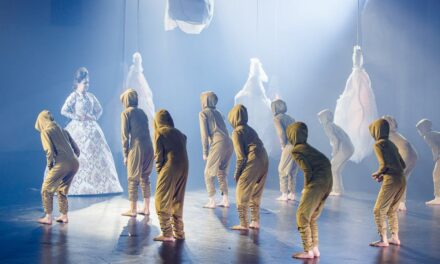