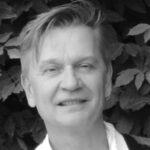 w.peterson@thetheatretimes.com
Dr. William Peterson is an associate professor in Drama at Flinders University. Prior to coming to Flinders in 2014, Will was Senior Lecturer in the Centre for Theatre and Performance at Monash University, serving as Director of the centre from 2007-2011 and again in 2012. He was foundational academic staff in Theatre Studies at the National University of Singapore, Lecturer in Drama at the University of Waikato, and Associate Professor of Theatre at the California State University San Bernardino, also serving as Co-Director of that university's International Institute. Will's research on community-based performance in the Philippines has been supported by research fellowships and visiting professorships at the International Institute for Asian Studies (University of Leiden), Asia Research Institute (National University of Singapore), University of Amsterdam, University of the Philippines (Diliman) and Ateneo de Manila University. His third monograph, "Asian Self-Representation at World's Fairs," is under contract with Amsterdam University Press and will appear in late 2019. His academic publications have focused on religion, dance and theatre in the Philiippines, mass events, English-language theatre in Singapore, Maori and Pakeha theatre in Aotearoa/New Zealand, international arts festivals, and interactions between Asia and the West through performance at international expositions. In addition to undergraduate teaching, Will supervised what at one time was the world's largest cohorts of PhD students from Asian countries working on Asian performance topics. At Flinders, he is working on deeping engagement with Asian partners in the performing arts.

Review: Watershed: The Death of Dr. Duncan, directed by Neil Armfield for the Adelaide Festival....

Review: Sex and Death_ and the Internet, directed by Samara Hersch My last experience as an...

In a world where so many are escaping brutality, war, persecution, and loss of land, is it...

Review: While I Was Waiting, OzAsia Festival. Unrest breaks out in a proud and ancient city, its...

The darkness of the human condition, where people are enslaved by their own desires in a kind of...

“We are our ancestors’ unfinished sentences, we are their wildest dreams and their most elaborate...

What unites Sid Vicious and Ricky Nelson, Elvis, and Kurt Cobain, is not just that they were...

The formal launch of the OzAsia Festival’s visual arts program at the Adelaide Festival Centre...