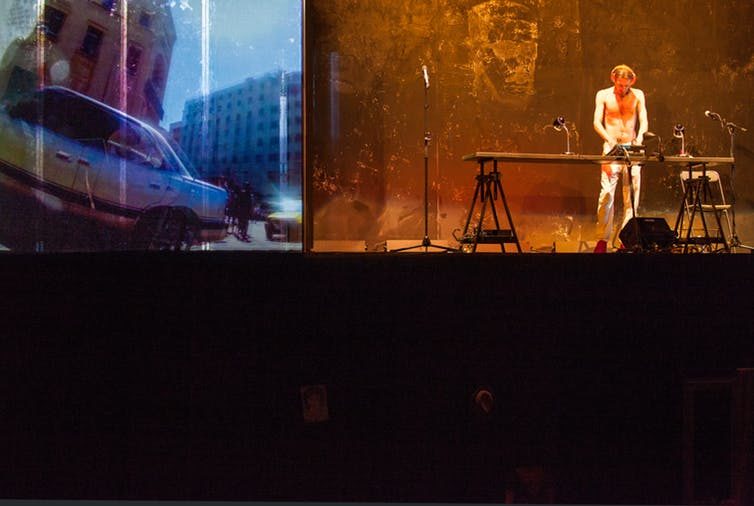 A DJ provides the soundtrack of Damascus in "While I Was Waiting." Didier Nadeau

Review: While I Was Waiting, OzAsia Festival.

Unrest breaks out in a proud and ancient city, its inhabitants are divided against one another, local big shots control neighborhoods, war rages outside the city gates, and many inhabitants scatter to all corners of the earth. This is not ancient Troy, rather Damascus today.

The tragedy of Syria, which since 2011 has been broadcast into our homes via television, computers, and hand-held devices, is perhaps amplified because the place once looked so familiar to us. This is true especially of pre-2011 Damascus, with its cosmopolitan, well-dressed people enjoying middle-class lives in a beautiful city with attractive, tree-lined streets.

Given what has happened in Syria, that a piece of theatre could be made about the intersecting lives of six people living in Damascus in 2015 is itself the real miracle of this Arabic language production of While I Was Waiting. It was created in Marseilles, France, where a group of diasporic Syrian actors came together with a few remaining in their home country to create this hard-hitting play, crafted by playwright Mohammad Al Attar and under the direction of Omar Abusaada.

Since that time, the play, which received its Australian premiere at Adelaide’s OzAsia Festival, has toured extensively to Europe, the US, and Japan. It is easy to understand the play’s international appeal. It is written and presented by very people who themselves are, in the words of Abusaada, “living in that in-between space.” This space, between “staying and going,” is presented in a mode between “documentary and drama,” integrating clips of dynamic and deeply affecting videos taken surreptitiously on the streets of Damascus by Reem Alghazi. 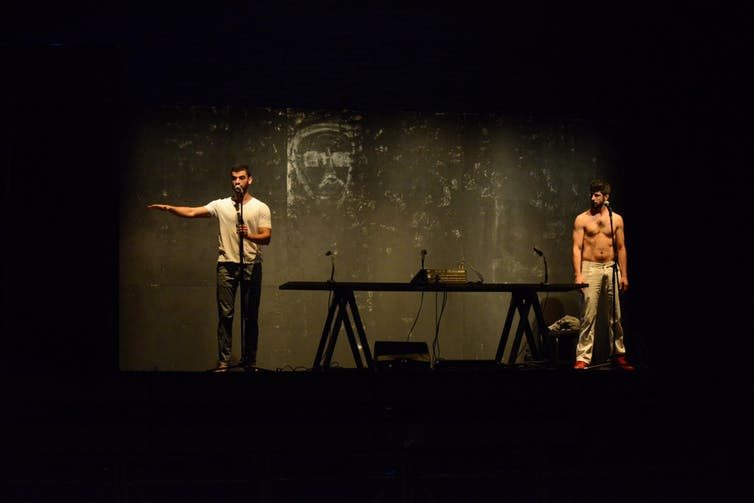 The play’s action, which unfolds between spring and winter 2015, revolves around each character’s relationship to a young man, Taim (Kinan Hmidan), who, we soon learn, was found comatose in the back seat of a car. Like his friends and family who gather to attend to him, we want to know more, who did this to him and why, but these questions are left unanswered, as they are for those who love him.

At the start of the play, Taim lies immobile on a hospital bed as his mother recites verses. The actor rises from the bed and it soon becomes apparent that for the rest of the play it will be his spectral presence that moves in and around those who gather at his bedside.

In addition to his mother, we are soon introduced to his elder sister Nada (Nanda Mohammad), who had fled to Beirut to build an independent life, his girlfriend Salma (Reham Kassar) and an older friend, Ousama (Mohamad Alrashi) who gets through the day self-medicating with hashish.

At times, the drama was overloaded with unnecessary and cumbersome dramatic questions, with conflicts quickly flaring in predictable ways between mother and daughter, mother and girlfriend, the daughter and the hash-smoking brother’s friend. There is perhaps too much drama over the long-dead father, the making of Taim’s film, which connects the story of the family with the city, and unanswered phone calls on the night of his death. 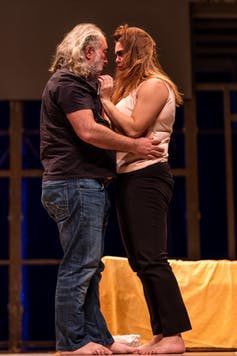 But it is in the quiet, confessional moments where this play is most affecting. In one such sequence, Nada shows her comatose brother a series of photos that connect the personal with the mad world outside. We see the little girl, safe and protected, the time when “the family was the limits of my world.”

When we later see the sadness in her adult eyes, it hurts. She recalls “the last time I’ll ever see your name come up on my mobile.”

At such moments, of which there are many in this production, there is no acting, no artifice, only the pain borne of real, incalculable loss.

A dramatic and emotional counterpoint is created by another young man, an aspiring DJ whose life was cut short years earlier. He occupies a kind of DJ’s booth onstage, activating the urban soundscape that weaves in and out of the play’s action from a position that floats above the city. His hovering world, the world of “the unburied dead,” becomes the Damascus that we want to see restored.

And it is on high above the city that the play’s emotional arc comes full circle for the audience. Here we see Taim on the roof of his building, just before the “accident,” looking out at a sea of lights. As he lingers to connect one last time with the city he loves and has decided to leave, we too are there with him, enveloped by the sounds of a broken city.

While I Was Waiting iwas staged as part of the OzAsia Festival in Adelaide until October 31.

This article originally appeared in The Conversation on October 31, 2018, and has been reposted with permission. 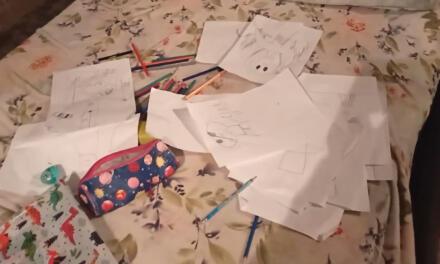