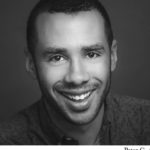 Peter G. Andersen is a graduate of Emerson College where he obtained his BFA in Acting.  Since then he has gone on to work for Steppenwolf Theatre Company as the Steppenwolf For Young Adults Apprentice and Multicultural Fellow.  He has also worked at TimeLine Theatre, Huntington Theatre Company, Oregon Shakespeare Festival, and Yale Repertory Theatre as an assistant director.  As an actor Peter has performed professionally in Boston, The Berkshires, and Chicago.  In New York City he runs the popular Shakespeare in the Pub series, and has collaborated on several pop-up performance pieces.  He has also trained as an actor at the Michael Chekhov studio in Boston and received a full scholarship to attend the prestigious actor conservatory at Shakespeare and Company.

It is almost trite to list the assortment of horrors presented in the American news lately.  Each morning now involves the morbid task of opening the New York Times to find out which awful event- or statement- occurred over the...