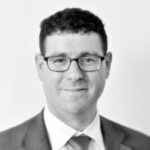 Meron Langsner is a playwright, scholar, and fight director/movement specialist. He has composed violence for over 175 productions, films, and tours in New England and NYC, at venues that include: the American Repertory Theatre (LORT), Merrimack Rep (LORT), ArtsEmerson, New Repertory Theatre, Ensemble Studio Theatre, National Black Theatre, and numerous academic venues, as well as for PBS and independent films. His writings on stage combat, theatrical movement, and martial arts have appeared in American Theatre, The Fight Master: Journal of the Society of American Fight Directors, HowlRound, Text & Presentation (McFarland), The Journal of Asian Martial Arts, The Sondheim Review, Backstage, and other imprints. Meron was one of three playwrights in the country selected for the pilot year of the National New Playwrights Emerging Writer Residencies and is an alum of the playwright programs of Project Y Theatre and Athena Theatre, as well as Stony Brook University's Audio Podcast Fellows. His plays have been performed around the country and overseas and published by Bloomsbury, Smith & Kraus, Applause, and YouthPLAYS. Meron has taught at Emerson, Boston University, NY Film Academy Summer Institute at Harvard, Prescott College, The Tom Todoroff Conservatory in NYC,  and Tufts University (Award for Outstanding Contributions to Undergrad Education). He holds an MA in Performance Theory from NYU/Tisch, an MFA in Theatre Arts: Playwrighting from Brandeis, and a doctorate in Theatre History from Tufts University, as well as an Executive Certificates in Financial Management & Business Law from Cornell and a Certificate in Software Development from Columbia Engineering.

Force Decisions: A Citizen’s Guide to How Police Determine Appropriate Use of Force by Rory Miller – A Book Review from a Fightaturgy Perspective

I have written elsewhere on recommended reading for early-career fight directors, and I would like...

Surprisingly, in the early stages of studying stage combat, a martial arts background is often an...

Pistol Dueling in the Early United States as Presented on the Broadway Stage Two men face off in...

What early career fight directors should be reading? This post addresses what I feel should be the...

Attention Young Actors:  You don’t always know what you think you know. This is especially...