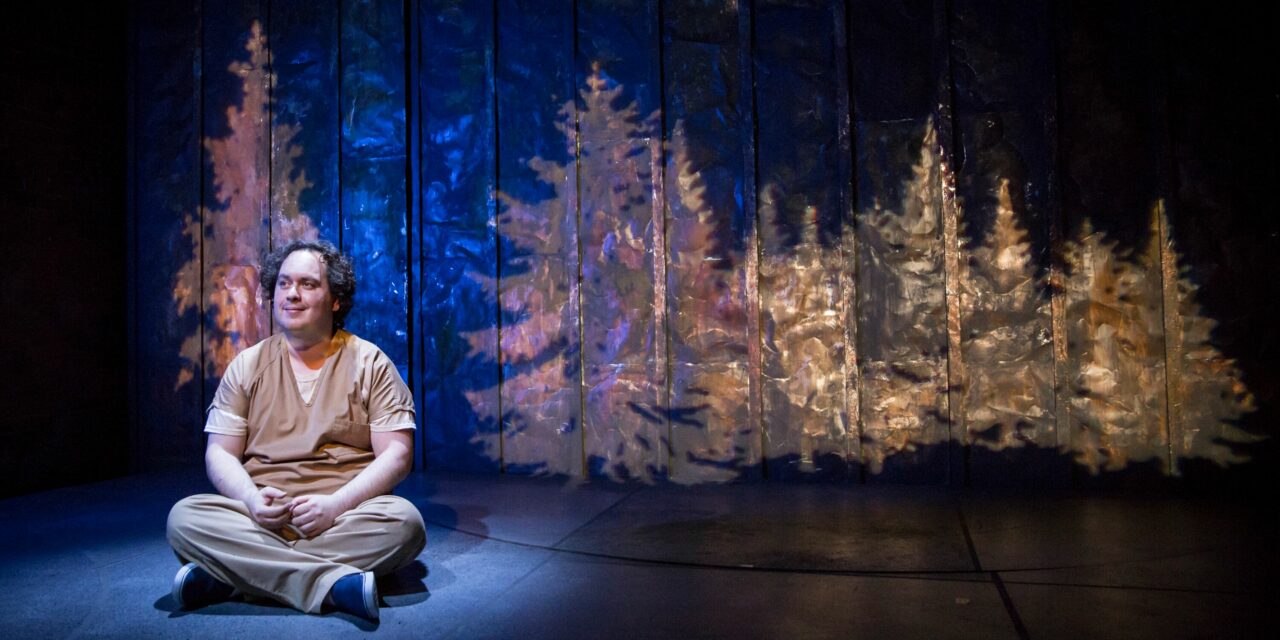 We tend to think of disability as unlike other monuments of cultural identity, like race or ethnicity. Being “disabled,” whether physically or intellectually, seems somehow dissimilar to being black or white. The label of disability, opposite “able-bodiedness,” carries in our imagination a certain self-evident connotation, an accepted, absolute notion of physicality, some misfortunate and obvious bodily inferiority, in a way that the cultural construct of race obviously does not. We put them in different bags.

But disability is, as subtly radical as this may seem, a cultural representation, an interpretation, an attribution of “corporeal deviance,” as the great disability scholar Rosemary Garland Thomson writes — not so much a property of bodies but a product of cultural rules about what bodies and minds should be. Someone who is deaf is not dis-abled among those who speak with their hands; Aspergers is only a dis-ability in a society that prizes certain standards of social communication.

What might happen if we analyze disability like we do ethnicity or racial injustice, if we turn the frame ever slightly to see society, not bodies or minds, as dis-abling? Perhaps we’d get something like Perp, Lyle Kessler’s intimate, touching and provoking new play staged at the Barrow Group.

In Perp, Douglass (Ali Arkane) is a young, intellectually diverse man living likely with Aspergers Syndrome or High Functioning Autism. When Douglass, who spends time studying earthworms in the woods, is innocently caught up in a nearby murder and rape of a park jogger, two conniving detectives (Tricia Alexandro, Paul Ben-Victor) persuade him to take the fall; catching a serial killer whose guard is down will be much easier, they say. In prison, abandoned by the detectives, Douglass meets an inmate (Craig Mums Grant) who convinces him to escape, return to the woods and catch the real murderer, exonerating himself. There, he’s lured by the killer (Javier Molina), who, having taken Douglass back to his home to murder him, is transformed by the glare of Douglass’ purity and turns himself in.

Douglass is a static figure — the image of goodness and innocence, of piety and righteousness — while the world turns around him, perpetually finding cause, inspiration or malice in his disability. He’s a looking glass through which everyone else may better see themselves, a mirror whose social role is the symbolic freedom of others from his own inescapable innocence. “You cast a light,” he’s routinely told.

What makes Perp a beautiful new work by Kessler, whose 1983 play Orphans earned international acclaim, is its perversion of that cliched literary model of disability. In her book Extraordinary Bodies, Garland Thomson argues that embodying a character solely in some physical or intellectual feature places audiences in a confrontation with culturally held ideas of disability. Representations of disabled characters usually, in this way, deny any subjectivity or agency to their subjects, the thematic content of the work to which they belong benefiting greatly from their rhetorical status as “other.”

But the lack of subjectivity and agency in Doug’s life is heightened to such a ludicrous, unreasonable and illogical level that it turns playwriting about disability satirically on its head, exposing all its discontents, to make something divinely original.

Director Lee Brock did not cast an actor who himself is intellectually diverse for the role of Douglass (perhaps a missed opportunity), but Ali Arkane, who brings Douglass to life with a sheer, subtle brilliance, meets the mark in portraying this character with reverence and respect. While we have a duty to probe the ethics of using method acting to embody the mind of somebody with an intellectual disability (something I won’t venture to do here), crossing lines of privilege and power, it’s clear that Arkane gives a careful and studied performance.

It’s the kind of thing that’s only done well once meticulous playwriting is paired with impeccable acting. Together, Kessler and Arkane nearly achieve the perfect beauty of a diverse mind, depicting the guiltless, virtuous literalism often characteristic of someone with Aspergers Syndrome. “You were starving!” remarks one character as Douglass eats a meal. “No, not starving,” he replies, plainly. “Hungry.” 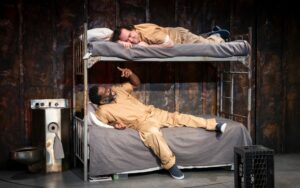 The best character work in this play is done between Doug and his prison cellmate, Myron. The two are inexorably different —  Myron is black and a convicted bank robber, antisemitic and competitive (proven through many matches of checkers and a handful of jew jokes). Douglass is white, innocent of any crime, nonjudgmental and imperviously gentle. Yet, the two share an unnameable shorthand, a common set of social experiences that turns them fast friends. Myron is black (and a criminal); Doug is intellectually disabled. Both wear a scarlet letter of cultural otherness, their relationship a testament to figuring disability as a social assignment, not a bodily or intellectual trait.

As Harry, the serial killer who finds Doug in the woods, Javier Molina delivers a truly terrifying performance that probes the role of childhood trauma, erupting from its unhealed wounds a potential for social disorder, in the making of a murderer. Harry reveals that his clawing need to kill began in the harrowing days he spent trapped in a cabin with his mother’s dead body. Here — this time with unsettling, but compelling nuance — Kessler again “disables” a character, questioning how an uncontrollable psychic trauma contributes to the making of a social pariah.

There’s only one place in the world where Douglass feels comfortable: the woods, his hands digging deep into the cold dirt. Here he can find the earthworm, a creature of great fascination, to study its movements, its sensibilities, and peacefulness. “You are the lowest of the low, but you are also the Holy of Hollies. You are the mystery we can not comprehend. God’s incomprehensible design,” Douglass says to one worm, squirming in his palm.

But the woods are a paradigm in Perp, a place of quiet solitude for Doug, yet filled by the dangerous darkness and unknown that first implicated him. It’s where he returns after escaping from prison and where he’s found by Harry, a place of both asylum and peril — of other for social outliers.

Kessler’s metaphor recalls the anthropologist Mary Douglas and her classic study Purity and Danger, in which she literally theorizes dirt, writing that dirt is “matter out of place…the by-product of a systematic ordering and classification of matter, insofar as ordering involves rejecting inappropriate elements.” Dirt, like Doug and Harry, is an anomaly, an entity rejected from the schema individuals and societies use to build a comfortable, predictable world — “matter out of place.” In normative society, Douglass’ intellectual disability is social dirt — elemental and basic, malleable and forgettable — and as the black matter falls from his hands, the earthworm the perfect creature of God, the moral roots of a society that put him there dig themselves deeper, exposed for the audience to witness in horror.

Disability has a funny way of telling all of us who we are by way of what we’re not. The play ends with Douglass’ return to the two detectives who conned him into a confession. Drunk, they slap a detective badge on his chest in a gesture of humiliation. They pull a gun out from a case and place it in his hand. “Let him hold the gun. Let him feel the power,” they say to each other. “Detective Doug!”

There is something so disgustingly perverse about this gesture, something both unbearably ironic and supremely against nature. Here, in this symbol of violence and inhuman power, is the threshold where innocence is lost, where grace falls into the snares of corruption. Here is where the raw materials of nature are either exalted or enslaved, Douglass and the detectives not on either side of ability or disability, but goodness and evil.