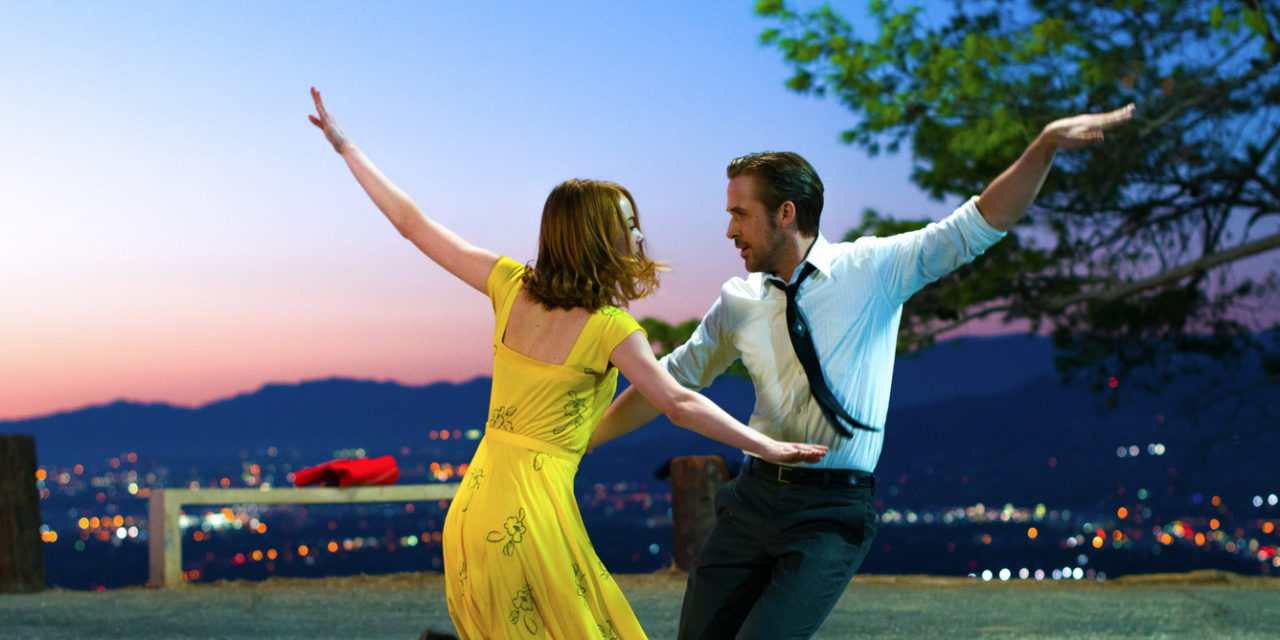 The death of the film musical has regularly been announced, for almost as long as there have been film musicals. Their open expression of sentiment, simple plots, and addiction to artifice have all conspired to ensure that it has persistently refused to come back into fashion.

And since Dorothy left Kansas, it has been a genre defined by escapism. It is no coincidence that the beginning of the heyday of the film musical coincided with the US depression in the 1930s. Desperate times could be forgotten in a dreamlike haze of glamorous costumes, elegant choreographies, and catchy tunes. The choreographic excess of a Busby Berkeley musical was a necessary release. But as the economy improved, the glitter began to look tarnished, the sentiment mawkish.

Regular attempts have been made to revive the form. But the revivals have often failed to work at the box office, such as Xanadu (1980) or Absolute Beginners (1986). Or they have been built on a pre-existing success on stage like Les Misérables or Mamma Mia!. A successful film musical, written for the screen, has remained elusive ever since Gene Kelly hung up his dancing shoes.

That could be about to change with Damien Chazelle’s new film musical La La Land, starring Ryan Gosling and Emma Stone. After success at the Golden Globes, it is now top of the UK box office and is being predicted as a strong contender for Oscar success. La La Land is in every sense a film musical, highly conscious of its form and its musical and cinematic antecedents. The main characters are a jazz musician filled with romantic longing for the past and an actress struggling to find her way in contemporary Hollywood while romanticizing that town’s film past. James Dean and Humphrey Bogart are invoked alongside Dizzy Gillespie and Charlie Parker.

The boy meets girl story is so familiar that it barely merits summarizing. And if you have any doubts how things will play out, the film references keep nudging with clues. Maybe not today, maybe not tomorrow, but soon. And till the end of the credits. The story is not the point here. The film would rather you look at the effortless cool of Gosling, the controlled expressiveness of Stone, or the nighttime vistas of Los Angeles.

Film musicals have always been the most nostalgic of genres. Perhaps the greatest one ever made, Singin’ in the Rain, was recently in the news following the death of its female star Debbie Reynolds. The timing can do no harm to La La Land’s chances at the coming Oscars ceremony. Singin’ in the Rain was itself already a film concerned with film, a love letter to cinema’s past. And its modern successor is no less concerned with that past. 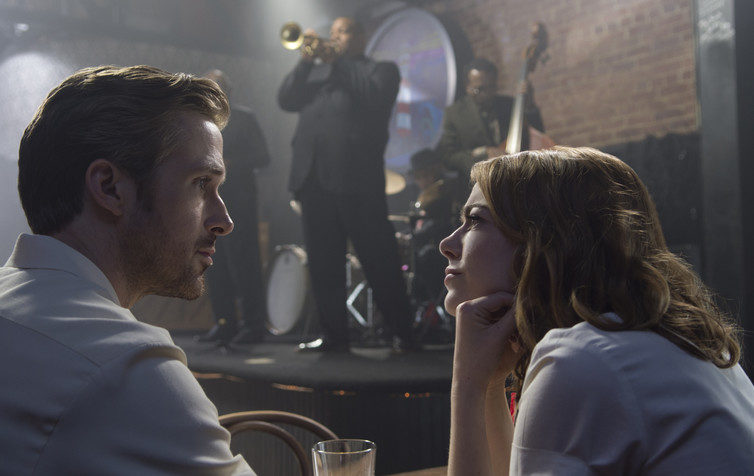 La La Land is set in the present. There are jokes about the ubiquity of Prius cars. But its engagement with the real world and with the contemporary is minimal at best. When our protagonists go on a date, it is to a screening of Rebel Without a Cause. And Gosling struggles throughout with the challenge of finding an audience for jazz, another great romantically moribund musical form.

The songs in the film owe little to more recent challenges to musical conventions. No Hamilton inspired rap here. Instead, an old-fashioned love story slowly unwinds in a way that almost winks at the audience. Gosling has a jazz musician’s sense of cool, and neither he nor Stone tries too hard in the musical numbers. The songs are charming and forgettable. The dance routines relaxed, looking at times as though they have been captured in a late stage of rehearsal. The performers never break a sweat: even as the camera soars and they fly through the air. 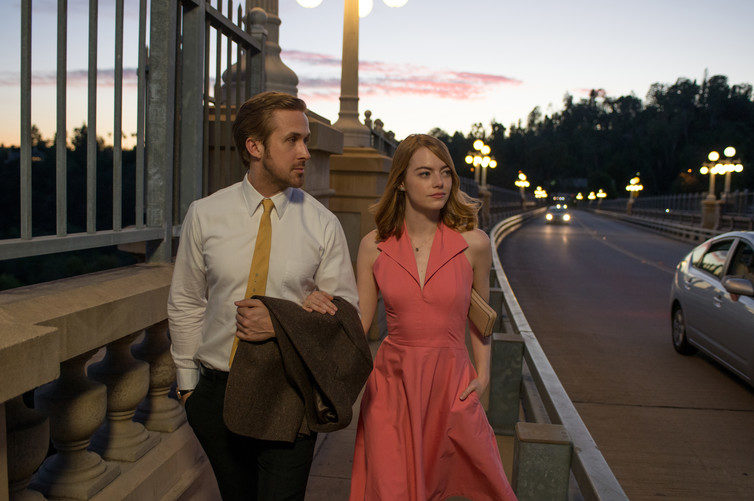 “Here’s to the ones who dream.” Ryan Gosling and Emma Stone in La La Land
Photo Credit: Dale Robinette

Despite the more overt references, the films that are most closely evoked by La La Land are those of French director Jacques Demy. The mood and colour schemes owe a significant debt to Les Parapluies de Cherbourg (1964) and Les Demoiselles de Rochefort (1967). In these films, the French New Wave paid its own tribute to the Hollywood musical. And had its own reasons for turning its face away from a reality that was about to culminate in the political upheavals of 1968.

La La Land occupies the same kind of nostalgic space, even evoking Demy’s use of colour and costume. Its setting is LA. Its songs have a “la-la” simplicity and its head is displaced from reality, into La La Land. And if it engages with current reality at all, it is for the same reasons as its predecessors.

With the political upheavals of late, a little trip to La La Land may be the escape that we all need to make. 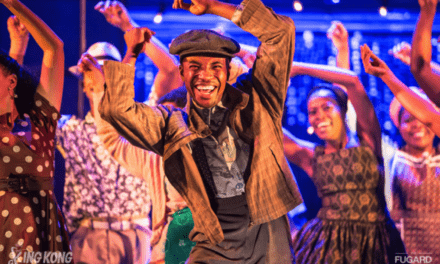