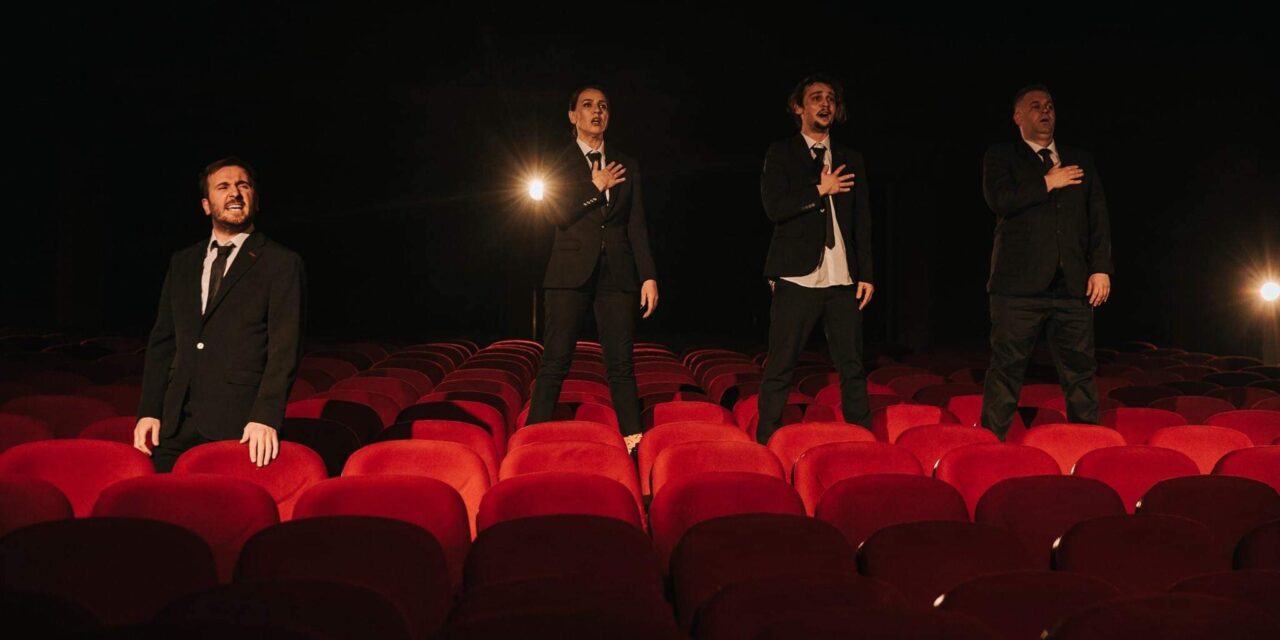 The audience sits on the stage looking out at a sea of empty seats. From this perspective, they look like waves breaking on the shore. A rough red sea. Bodies flip flop across the seatbacks, storm-tossed, both waving and drowning. 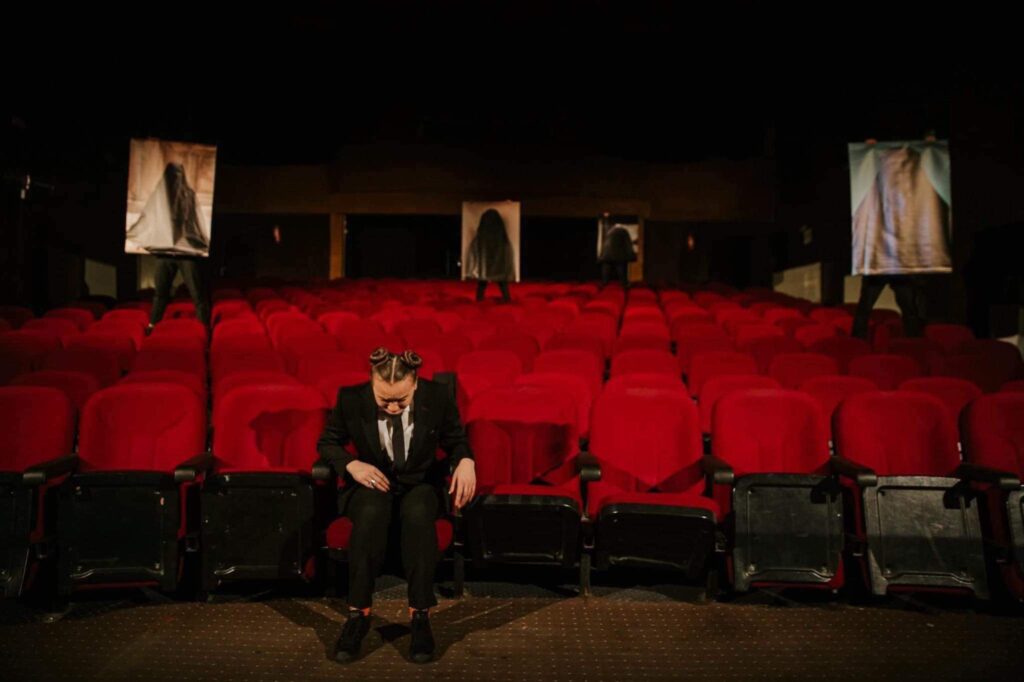 Jeton Neziraj’s text takes the form of a minimal series of numbered micro-scenes, Brecht on espresso. It’s a slim play and, as such, a director’s playground. Blerta Neziraj takes this challenge and she runs with it. From this frame, she has woven an incredibly vivid and inventive piece about the plight of refugees forced to make perilous life-threatening sea crossings in search of safety.

The play is ostensibly a comedy about Roccalumera, a small Sicilian town where nothing of note ever happens. It’s starting to grind people down, the lack of action. Even the cat is depressed. A few refugees would at least liven things up, just as they have in Lampedusa. When they come across a body on the shore, they are ecstatic; a refugee, finally. Even though in all likelihood it is an Italian corpse, they dress it up in a niqab. This is typical of Neziraj’s comedy, frequently capable of making you gasp and laugh at once. 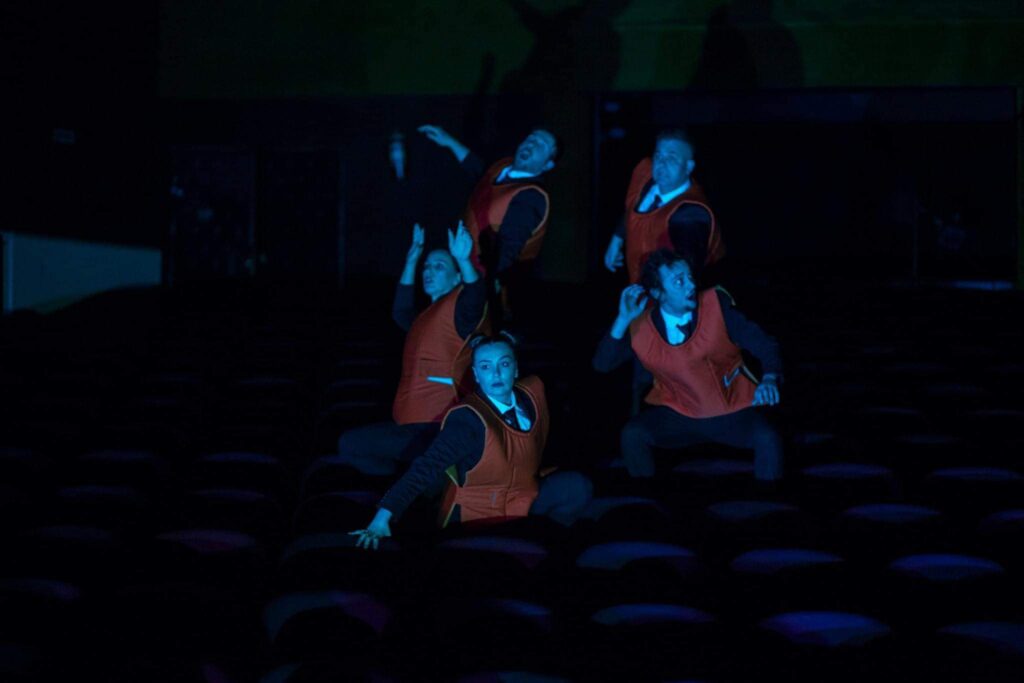 Blerta Neziraj takes what sounds, when you spell out like this, like the murkiest and most caustic of comedies, as the inspiration for a series of incredibly striking stage pictures. Together with choreographer Gjergj Prevazi, she turns the inverted world of the theatre into a space of play and of dreams. The actors, dressed in funereal black suits, clamber across the empty seats; they stride from row to row. The rows of crimson seats become rolling surf, waves under which a body can sink. The lighting design by Yann Perregaux completes the transporting effect. He phosphoresces the theatre, plunging it into flickering darkness, creating an indoor storm. He pulls us down towards the seabed.

The cast works well tightly together, whether zipping themselves into body bags or forming a chorus.

Originally staged at the City Theater of Gjilan in 2019, the production was screened during the 2020 Kosovo Theatre Showcase. It was due to be performed but this was not possible because of the indisposition of one of the actors, however, its power was not diminished. The way in which the space is used, with the actors and audience in opposite places, an inversion of the normal way of things, is the perfect representation of a world in which people fleeing warzones, people desperate enough to try and cross turbulent waters in a flimsy dinghy with their children in tow, are demonized, are seen as people to fear. 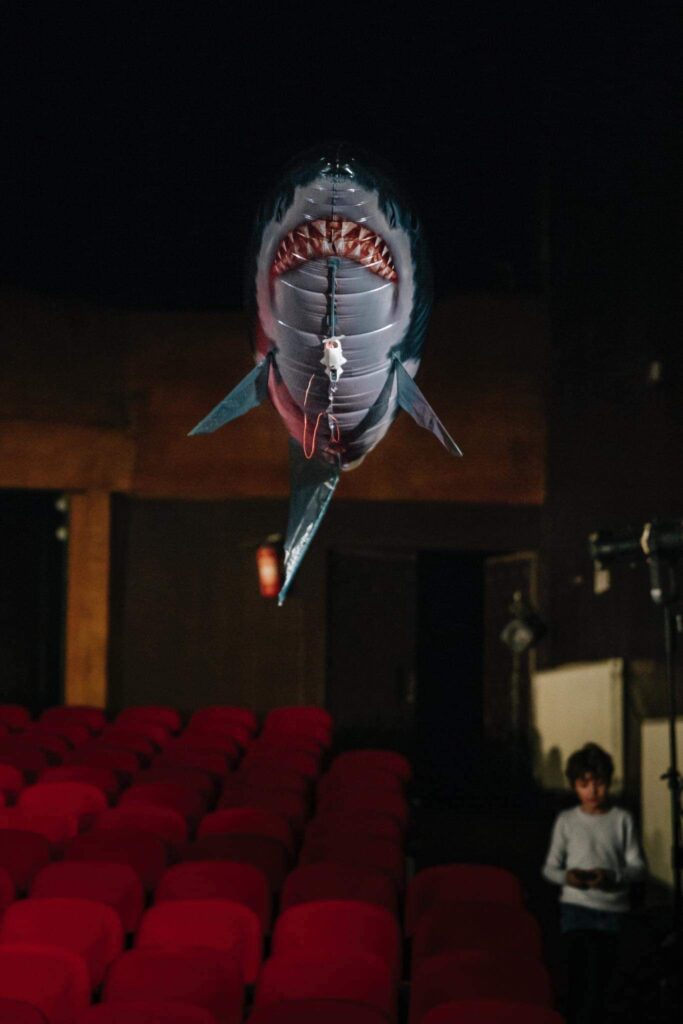 Though less than an hour-long, the production executes several deft tonal pivots, from comedy to horror and back again; only in the end does it slow down and unveil the image of Aylan Kurdi, a three-year-old boy, face down in the sand, dead. It confronts us with this image that briefly horrified the world but all too quickly became absorbed into the public imagination, one more picture at which to sigh and shake our heads.

The last stretch of text is an act of re-humanization, a poetic reminder that this is not just a powerful photo but someone’s child, a boy who once played and smiled, a life cut appallingly short. 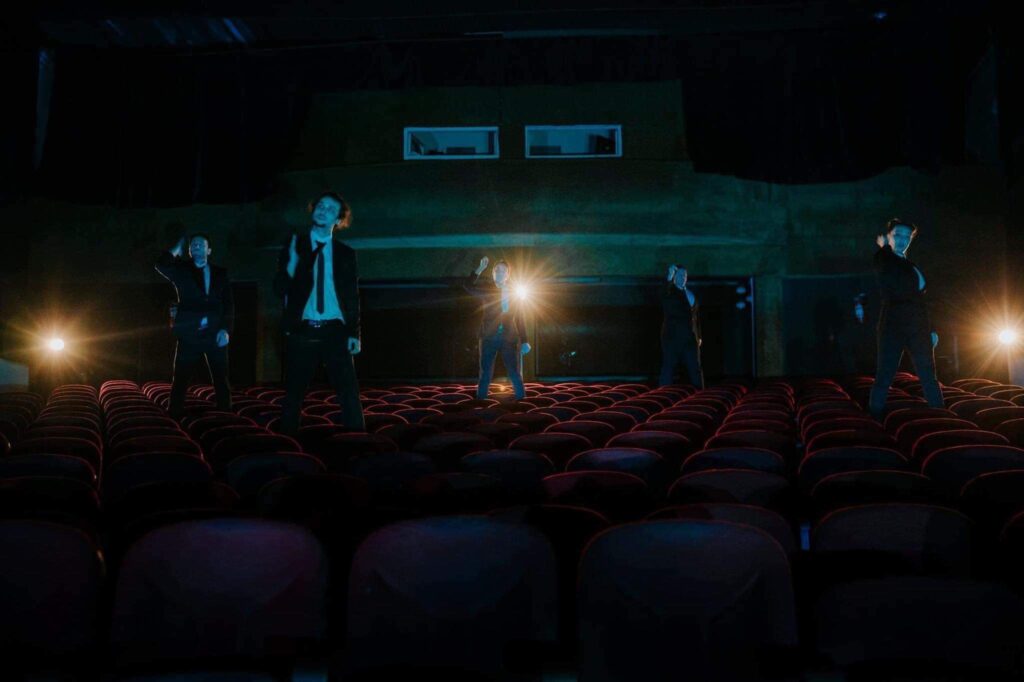 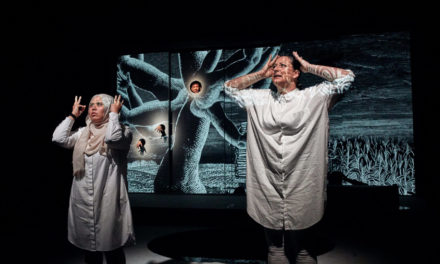 The Glorious Anger Of “Leda And The Rage” 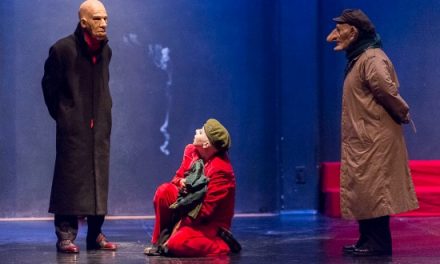