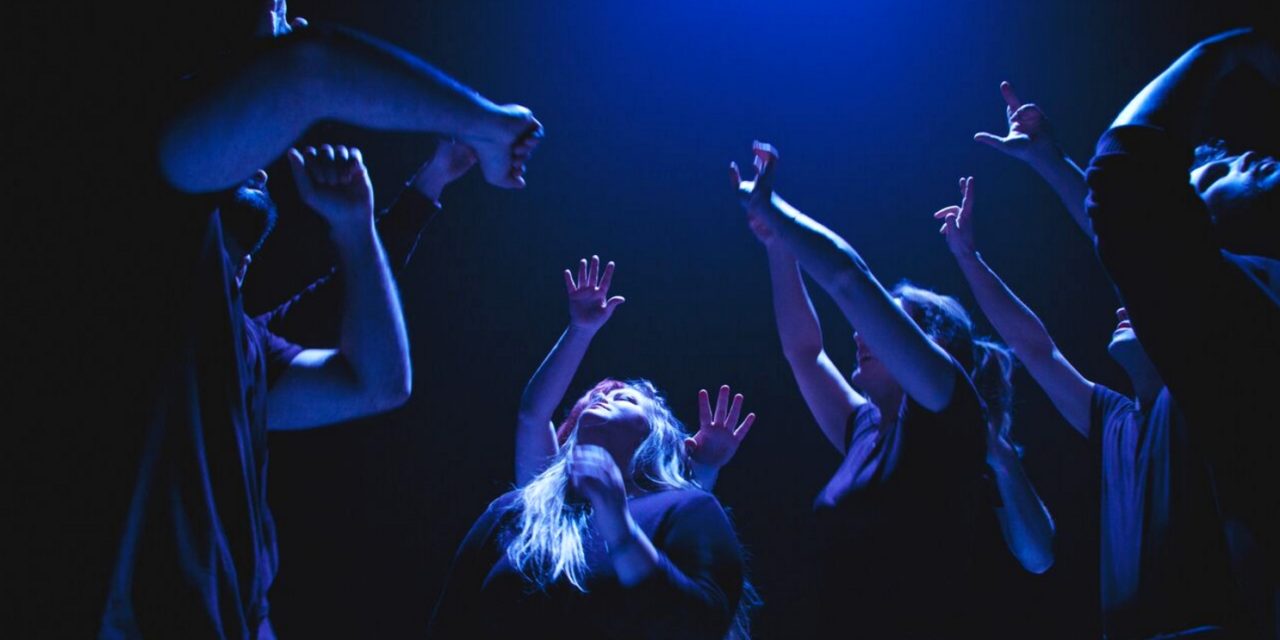 On November 8, 2016, America elected its 45thPresident, Donald Trump, whose political forays, populist statements and neo-nationalist decrees, as well as Twitter type of communication, evoke the Russian poet –futurist Vladimir Mayakovsky’s manifesto “A Slap in the Face of Public Taste” (1917). By slapping public taste, however, Mayakovsky aimed to change the role of arts in society, while Trump aims to change society itself. Trump’s aggressive and dangerous practices also bring into question the role performing arts can play in resisting this type of political discourse and law-making.

Mani Soleymanlou, a Québécois artist of Iranian origin, and his company Orange Noyée, ask a similar question. With their new production 8 they inquire: what can theatre artists and intellectuals, socially and politically engaged individuals, do to resist the phantasmagoria of the Trump-lead era of history? What devices of political performance can make a true social impact, in a  time when peoples’ political opinions and politics itself are formed over social media, through Twitter, Facebook and Instagram?

8, co-produced and presented by Orange Noyée, Place des Arts, Montreal, and National Arts Centre, French Theatre, Ottawa is an example of such a search. Soleymanlou has always been politically aware. Starting from his autobiographical show Un to his more recent work 5 à 7, he has continuously engaged with the questions of artist’s responsibility and social ethics, first through his work on immigration and now focusing on the perils of the world’s growing nationalism.

Artistically, Soleymanlou has also been interested in the blurry lines between reality and fiction. Only too familiar with the power of Facebook to create dynamic if just imaginary communities and with the Twitter’s knack to turn political debate into a personal manifesto, Soleymanlou has been continuously searching for new forms of political performance, powerful enough to mobilize a generation of “friends” not on Facebook or Twitter but in real life.  8 is the artist’s new stab at this search.  The production features eight performers and a sound engineer on a bare stage, in the process of creating a new play about our life, which would both  speak of its horrors, including the bombings in Aleppo, and be entertaining. Thus,  audiences would feel compelled to leave the comfort of their homes, TV sets and iPhones to spend a night in the theatre. Twitter is after all a form of monologue: highly individualized, autobiographical, charged emotionally and politically;  it can be used to praise or degrade something or somebody, and it is often aimed at mobilizing peoples’ energies and advocating for their rights.  Hence, the actors/characters’ autobiographical accounts of their personal fears and biases, interspersed with popular music and the party lingo, the techno-language of verbal and visual selfies, the emoticons and emogies of our iPhones, all go into the melting pot of this newly imagined form of a politically engaged performance.

The history of political performance has known many incarnations. From the Soviet agit-prop productions with its propaganda style of acting and telling stories to highly sophisticated forms of Brecht’s epic theatre, Sartre’s philosophical escapades, rituals of the Living Theatre Ensemble, and the Occupy movements, among others, the functions of political theatre have always been to make their audience critically engaged with the realities of their times, to provide alternatives to the official mantras and discourses, and to create communities and mobilize them to action. Today, as Soleymanlou and his company seem to propose, these traditional forms are deemed ineffective. They turn 8 into a meta-theatrical commentary on making political theatre and a statement about politics and choose to make their play about throwing a party. Party – as 8 further demonstrates – is a form of theatrical action that can reflect political concerns and forms of communication natural to the twitter folks. Partying, dancing, tweeting, facebooking, hanging there and simply having a good time is a new form of political engagement that Soleymanlou and his team seem to advocate.

Things, however, can go very dark: in the middle of the bubbling action, with each member of the company bringing his/her or his/her character’s bias or anxiety into the spotlight, the audience realizes that the party is taking place on the night of the American elections-2016, and as the night bursts the bubble, the friends change too. The atmosphere grows stiff, the mood becomes uncomfortable, and people instantly sober up to suddenly realize that the world has changed. Leonard Cohen’s prophetic song “You Want It Darker” comes on, the action stops, stage manager kills the lights, the audience stalls.  The act of political performance is achieved.

As an artistic project, however, 8 has its shortcomings: the action is somewhat static, the jokes are partly lost, there are repetitions and long stretches of plateau; all of which risk to dilute the urgency of the subject matter. Still, the production reaches its goal: programmed as part of the National Arts Centre, French Theatre season, 8 belongs to the Canadian national stage. It speaks to the immediate concerns of Canada as a nation, even if the action is set in Montreal, Québec; it addresses the most pressing issues and fears the world in general faces today. Hence, I’m convinced: purchasing a ticket to see Orange Noyée’s 8 in and of itself could be considered an act of political activism, and not because your action can radically change the world but because in the times of Facebook and Twitter politics, attending a theatre production that tweets social awareness can already serve as an act of personal responsibility and social activism.

This artifcle was originally posted on Capitalcriticscircle.com Reposted with permission of the author. To read original article, click here. 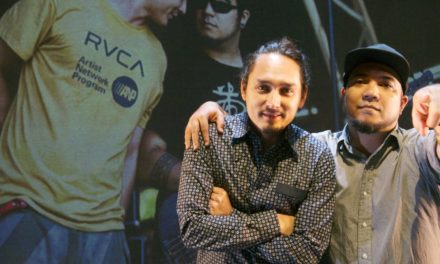