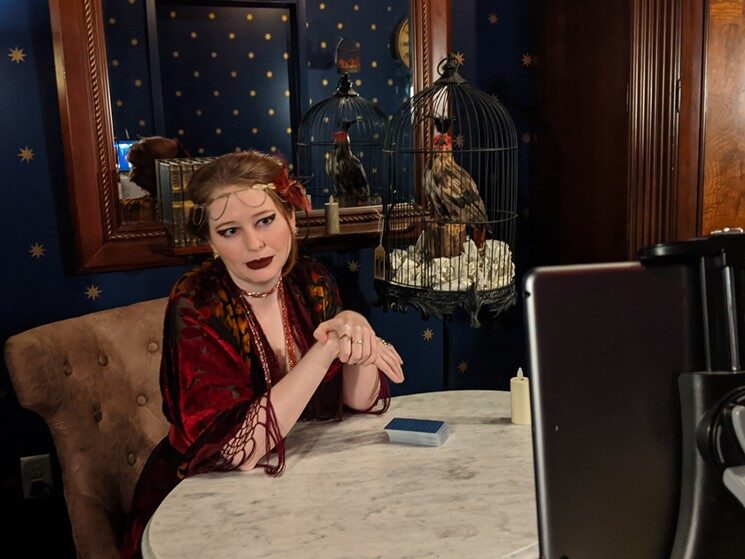 Confession: I really struggle with digital theatre. When the COVID-19 pandemic hit the United States, shutting down all in-person theatre in March 2020, I gave it a chance. I went to readings on Zoom, I watched live streams of new and old productions, I attended cast reunions, and I eagerly tried anything else that was thrown my way. But, with a few exceptions, I didn’t enjoy it. This had nothing to do with artistic quality. Regardless of what I was watching, I would inevitably start to scroll on my phone, get up to grab a snack from the kitchen, go to the bathroom whenever I wanted, fast forward (one time I “watched” a National Theatre Live offering in under 15 minutes), and, many times, just stop watching altogether. I tried to get into digital theatre but I just couldn’t. I wanted to support the industry that I love, but it couldn’t hold my attention in the slightest. And, I kept thinking that if I’m going to watch something on my television then it might as well be something made for the medium (read: television and film).

While talking to my fellow theatre writers in Houston, we all faced our own struggles with being digital audience members, which led to one important realization —what I miss most about theatre is being a captive audience member in a darkened theatre surrounded by strangers all bearing witness to the beauty of live performance. Although we may be passive audiences, something special happens when sharing space together. Moreover, I miss the interactive nature of theatre. Even if few consider theatre to be interactive, so much of live performance relies on the energy in the space. I say all of this because so much of this is lost in Zoomland. Sure, some remote theatre offerings have been able to work around this, but they are few and far between.

Enter Strange Bird Immersive. The award-winning Houston company burst onto the scene in 2017 with the enormously popular The Man From Beyond: Houdini Séance Escape Room, a hybrid immersive theatre and escape room experience. I loved it so much that I attended twice. So, when Strange Bird began offering interactive digital theatre experiences during the pandemic, I knew I had to attend.

In July, Strange Bird launched Zoom Tarot Readings with Madame Daphne, a mainstay of the company who interacts with patrons via webcam at her Tarot Reading Room and Séance Parlor. The 15-minute performance is hyper-specific and tailored to each individual audience member. I purchased a Zoom Tarot Reading for my partner who is into all things tarot. As I sat off-screen, I couldn’t stop smiling. I kept thinking that this was exactly what digital theatre should be like. It should be engaging and actually have audience participation. It should make us a part of the performance (see: Kris Naudus). Immediately following the tarot reading, I texted my theatre critic hivemind (Tarra Gaines and Jessica Goldman), urging them to book an evening with Madame Daphne. Goldman even wrote about her experience for the Houston Press.

When I received a press release in early August that Strange Bird was up to some more digital shenanigans, I forwarded it to Gaines and Goldman, asking if we could attend the performance together just like we did in 2017 for The Man From Beyond (joined by Nancy Wozny, editor of Arts+Culture TX). Why not get the band back together and attend some interactive Zoom theatre together? Why the hell not?

The show in question? The Strange Secret of Mr. Adrian Rook, an all-new virtual theatre experience that marks the Houston company’s first foray into a multi-player online format. The Strange Secret is a 90-minute immersive theatre mystery that takes place over Zoom because, well, where else would it take place in 2020? Up to 8 people can attend and, of course, it’s best experienced with friends which is why I attended with Gaines and Goldman (plus Goldman’s and my better halves). We were joined by four writers from No Proscenium, which covers all things immersive theatre, escape room, virtual reality, and the like. Strange Bird’s production runs on Saturday nights through October 10.

The show’s premise is simple enough. Things have been… off at Strange Bird Immersive for a few weeks since Adrian Rook, secretary to the mysterious Raven Queen, went missing. He’s nowhere to be found and, it seems, that only we can help find him and usher in a renewed period of normalcy at Strange Bird Immersive. Conceived and written by company co-Artistic Directors J. Cameron and Haley E. R. Cooper, The Strange Secret includes six actors as proprietors of different businesses housed at the Strange Bird Immersive offices. Throughout the evening, we spend about 15-minutes with each proprietor, learning about their work while also gaining valuable clues to help solve the mystery of Adrian Rook’s disappearance. While the show is immersive, audience participation is admittedly light. Some proprietors are more interactive with attendees (J. Cameron Cooper’s Brendan O’Neill and Haley Cooper’s Madame Daphne had us in the palm of their hands because, well, of course, they did). In the grand finale, we are left alone with our fellow attendees to figure out just where the hell Adrian Rook went. It should go without saying that we solved the mystery (well, Goldman did, at least).

As was the case with The Man From Beyond, to talk about The Strange Secret too in-depth would be to ruin the experience. The less you know, the better. This is something you want to experience with a clean slate and no expectations. You also definitely want to attend with a group of friends. During our performance, it took us a while to get warmed up to each other (and warmed up in general). Credit it to Zoom nerves or meeting new people, but we were a shy group during our first few visits (with Vivian Mae and Dr. Riley E. Newmark). If I had one quibble, it would have been to have a pre-show Zoom room where we could have met each other and began to build rapport. But in the end, we didn’t really need it—we all seemed to enjoy our evening.

At the beginning of this essay, I told you about my issues with digital theatre. Did The Strange Secret change my mind? Or am I still a Scrooge when it comes to Zoom performance?

Although The Strange Secret has its ups and downs, it’s perhaps the most fun I’ve had since March 2020. In a time when going to the theatre, a movie theatre, a relaxing restaurant, etc (I could go on!) is not a viable reality, The Strange Secret made me giddy. As I got dressed up before the show, I was so excited with anticipation that I couldn’t stop giggling. Throughout the 90-minute show, I couldn’t stop smiling. Although I might not have cared about the show’s narrative, it didn’t really matter. What mattered was the interactiveness of the show and, reader, it had my attention from start to finish. I didn’t wish I was watching Netflix. I didn’t miss in-person, pre-coronavirus theatre. I didn’t wish I was anywhere but Strange Bird Immersive’s Zoom theatre. And I think that’s saying something. Even when our performance had its own 2020 moment in which one of the performers had a bad WiFi connection and we legitimately couldn’t understand anything he said, we laughed our asses off (I even cried). I’m sure the experience wasn’t ideal for the performer (and they were a trooper), but it only added to the evening for us. Even when things go wrong, they can be a light in the dark.

Is The Strange Secret of Mr. Adrian Rook a great piece of interactive Zoom theatre? Honestly, I have no clue. It’s the only such production I’ve seen! But I can say without a doubt that it made me smile, forget about all that is wrong with the world today (even if just for 90 minutes), and had me excited about whatever Strange Bird Immersive comes up with next. As the young company has shown from The Man From Beyond to Madame Daphne’s Zoom Tarot Readings and The Strange Secret of Mr. Adrian Rook, Strange Bird Immersive just gets it. They know how to help audiences “escape” (see what I did there!) and have a good time. And, honestly, in 2020, isn’t that what we all need right now? 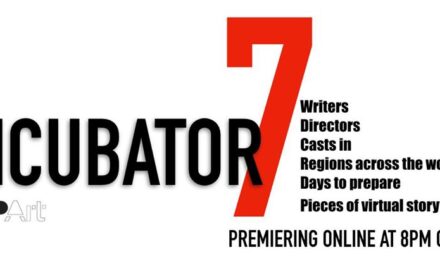 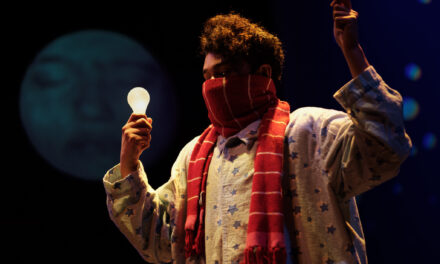