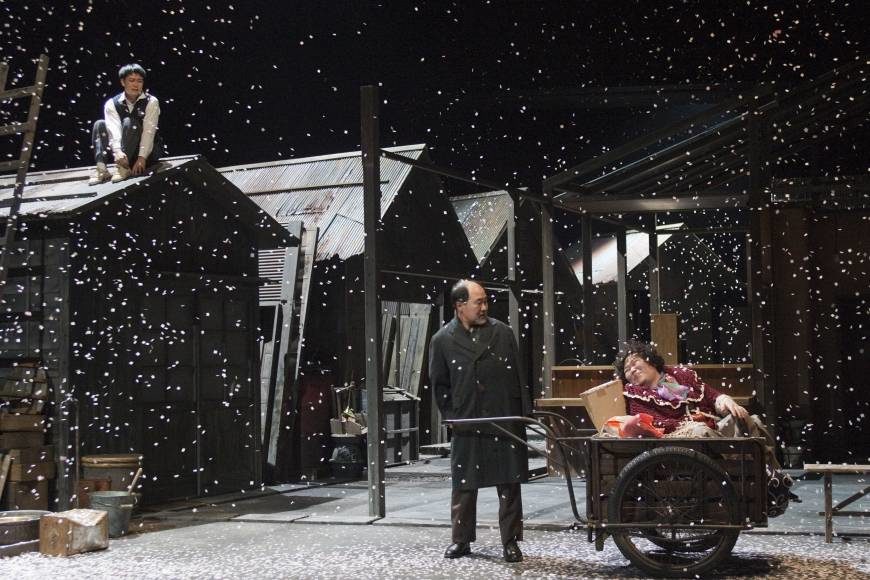 Cast adrift: This scene from "Yakiniku Dragon" in 2011 shows a Korean-Japanese family forced out of their restaurant-home to make way for development. Photo: Masahiko Yakou

“At last, the masterpiece Yakiniku Dragon (Korean Barbecue Dragon) is going to be staged again!”

The “!” that leaps up at the end of this sentence in a recent press release from the New National Theatre Tokyo surely reflects a widespread excitement on hearing that Wishing Chong’s iconic trilogy of Korean-Japanese dramas is set for a mammoth March-June run at the NNTT — beginning with Yakiniku Dragon, the middle one of the three.

Divided into decade-long periods covering the 1950s, ’60s and ’70s, each of these enthralling and entertaining plays focuses on family stories from among Japan’s roughly 500,000 residents of (modern) Korean ancestry, an oft-maligned population collectively known in Japanese as Zainichi.

Although they work amazingly well as a trilogy, Chong — himself a Zainichi — said that when he began writing these plays that movingly explore life on the margins of Japan’s postwar history, he never aimed to create such a comprehensive chronicle.

Indeed, as the 58-year-old playwright and director explained in a recent chat with this writer, it all started when the NNTT commissioned just one play from him in 2007.

What he delivered was Tatoeba Nonisaku Hananoyouni (Like Wild Flowers), which focused on love turmoil in a 1950s Zainichi community in the Kyushu city of Fukuoka, where people still reeling from World War II were faced with the 1950-53 Korean War between the country’s North and South.

A year later, and still with no idea of a trilogy in mind, Chong’s next play for the NNTT was his legendary Yakiniku Dragon, which wonderfully captured the vigor, vitality — and harsh reality — of daily life in Osaka’s large Zainichi community in the 1970s.

Set at a time of booming economic growth in Japan, the play introduces audiences to a family who is running a Korean barbecue (yakiniku) restaurant in a shantytown until they are ordered out without recourse to make way for development.

As a result, they go their separate ways, with some boarding a ship to North Korea (as many Zainichi did) in search of new horizons, while others stayed on despite having to work on the bottom rungs of society.

After being performed in Tokyo and Seoul, Yakiniku Dragon — which Chong said reflects many episodes from his own experience — won prizes galore for him and the NNTT in 2008’s Japanese drama awards.

Afterward, when it was rerun in both capitals and staged at regional theaters in Japan, it again invariably drew standing ovations. 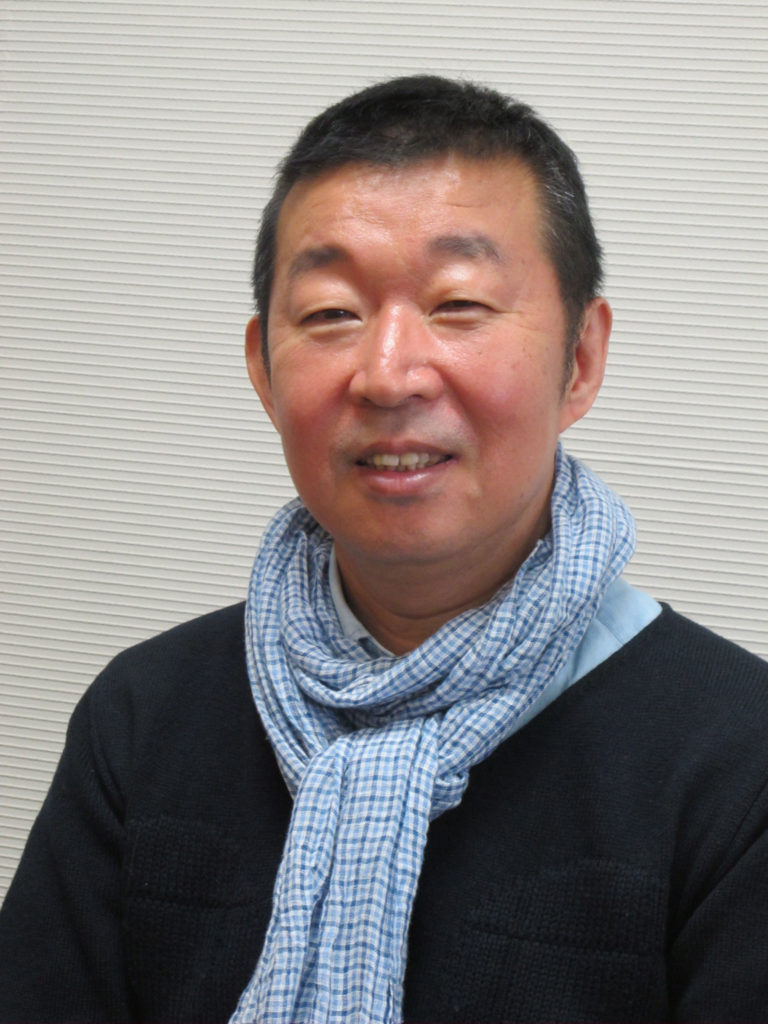 This time, he turned his focus to people living in one of the notorious Kyushu coal-mining towns that helped power postwar Japan’s so-called economic miracle in the 1960s — places where Zainichi miners were routinely assigned to the most dangerous tasks, and where many died or were disabled due to carbon monoxide poisoning.

Ahead of that “inadvertent” Zainichi trilogy’s opening next month at the NNTT, Chong began our conversation in a room at the NNTT by explaining, “When Yakiniku Dragon was first staged here in April 2008, there was still a Korean culture boom (Hanryu) going on (in dance musicals, pop and romantic TV dramas).

“However, soon afterward — and I don’t know why — the social tendency changed to being anti-Korean, and hate speeches against Korean-Japanese were rampant.”

Sitting with trophies for Yakiniku Dragon around us, he continued with a look of bafflement rather than anger, saying, “It seems those people just say repeatedly they don’t like Zainichi for no reason — and they perhaps don’t even know the history of Zainichi people or why they started to live in Japan.

“So, with these upcoming stagings of my trilogy, I would like to make a wider range of people know how hard Zainichi people have worked and supported Japan’s economic prosperity.”

Chong then pointed out the different reactions to his work in Japan and South Korea. “In general,” he noted, “I was surprised that so many people accepted so enthusiastically those small dramas about nondescript families.

“However, I thought many older members of the Japanese audiences had nostalgic feelings for those times — and many returned more than once and that was a great result.

“But I wish more young people would come along to see these plays and learn about that shadow history of Japan.

“On the other hand, I felt that audiences in Korea saw it all as an ongoing social-issue drama. In Korean society now, due to recent rapid economic growth, traditional values and family ties have collapsed. So they took Yakiniku Dragon, in which the family is scattered, as their poignant problem.”

Meanwhile, commenting on the fact that he auditioned an entirely new mixed cast of Japanese and Korean actors for the upcoming production of Yakiniku Dragon, Chong observed, “With these new members, I think the play has become more weighty and powerful, though I hope audiences will enjoy its very distinctive and funny characters.

“Anyway, with this trilogy, I want to present a ray of hope for tomorrow’s life. After all, people must — and can only — go on into the future, and though theater is not political propaganda it can work individually and invisibly on an audience.

“So I think it would be great if each person in the auditorium receives something from these plays, and their impact spreads deeply into their minds and they can pass that on to others, including people from other generations.

“That way, theater will be working well in our society.”

Yakiniku Dragon runs from March 7- 27, Tatoeba Nonisaku Hananoyouni April 6-24 and Perma-ya Sumire May 17- June 5 at the New National Theatre Tokyo, a two-minute walk from Hatsudai Station on the Keio New Line. For more details — including about half-price and other cheap seats that may be available on the day — call the NNTT on 03-5352-9999 or visit www.nntt.jac.go.jp.

This post originally appeared on The Japan Times on February 23rd, 2016 and has been reposted with permission.