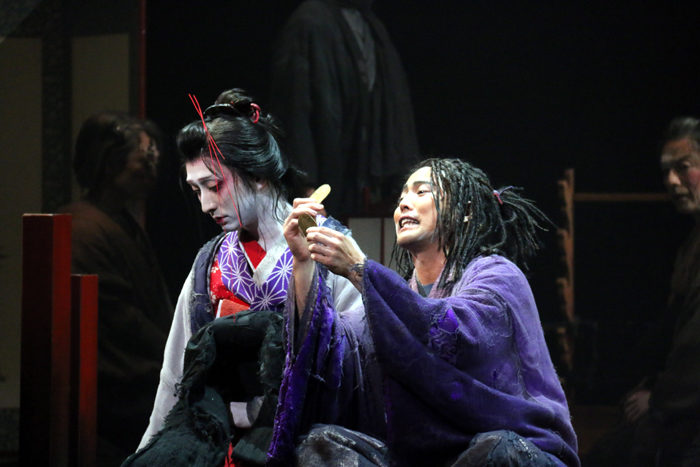 In 2014, rising playwright and director Kenichi Tani translated Harold Pinter’s Old Times for an all-Japanese production by top English director David Leveaux staged that year in Tokyo and Osaka. After that, Leveaux asked Tani, 33, to write a new contemporary play for him based on Shinju Ten no Amijima (The Love Suicide at Amijima), a famous shinjū (love suicide) drama from 1720 by the renowned playwright Chikamatsu Monzaemon (1653-1725).

To find out about the thrills — and spills — that followed, The Japan Times sat down for a chat with Tani.

How did your collaboration project work out?

At the beginning, David only had a very vague image of the play — just the idea of two women from the past and present meeting on a bridge. Then we exchanged emails again and again until I’d nearly finished — but then David suddenly wanted to start it all again from the beginning. That was because he’d come up with a new idea to cut out the main theme of Chikamatsu’s original play, the shinjū.

I, of course, said that was impossible in a shinjū play — but he insisted that living was much more beautiful than death.

So I explained to him about society and the cultural situation in Chikamatsu’s time, and tried to convince him that love suicide would probably have been the couple’s choice — but he persisted, saying, “Let’s find the best solution for today’s audiences together.”

Finally, when I flew to London last December, we agreed on this upcoming final version of Eternal Chikamatsu. I’m not going to tell you our decision, but please come to the theater to find out. (Laughs)

That process sounds harsh, but it will be very interesting to see the fruit of your debate.

Well, without exaggerating at all, I have to say that it has involved a collision between Japanese and Western values.

Many Japanese still have an image of romanticism and purity about love suicide. Even now, if a philandering politician commits suicide, public opinion tends to sympathize as if he’d taken a noble course. Back in those days, there would have been no other recourse for a couple like that.

Actually, even though I think of myself as a modern person with more Western views than old Japanese values, I surprisingly found myself on the side of the love suicide in this writing process. So I was made to rediscover my Japanese-ness. (Laughs)

David said it’s a totally extraordinary thing how many suicides there are in Japan [according to the National Police Agency there were 24,025 confirmed suicides in 2015], and he firmly declared that it’s not right to romanticize suicide so much.

He has worked in Japan for ages, and he knows Japanese culture well, so he understands the spirit of love suicide, but he still wants to urge Japanese people to get over such old ideas.

What’s the relationship between the two women? Are they the same person in different times?

I took them to be mirror figures. In the real world, people often have a friend with a really opposite nature, but they get on well. Also, both women share the same anguish about love, so they can relate deeply about that.

Overall, what did you learn from making a contemporary Chikamatsu play?

I’ve often heard Chikamatsu referred to as “Japan’s Shakespeare,” but this project made me realize for the first time that the two great playwrights, really do have common traits. For instance, neither ever made a moral judgment about the characters in their works, and nor do their plays promote their own doctrines — they just show what humans are. So in Shinju Ten no Amijima, Chikamatsu wrote about the fuss between men and women without being judgmental. He just described each character’s nature with sensitivity. 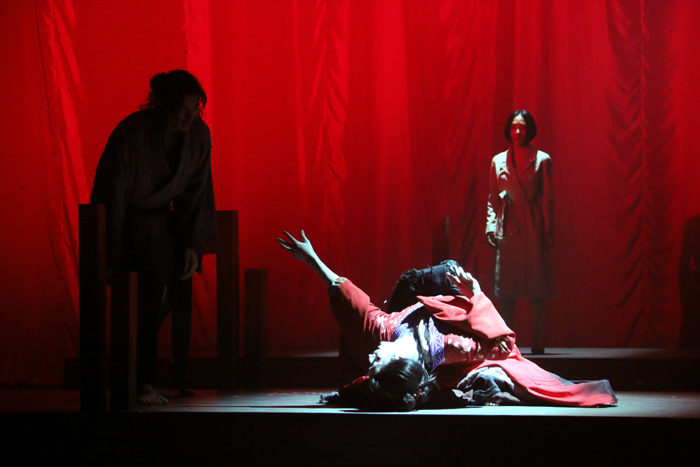 This post was originally published in The Japan Times on February 25, 2016, and has been reposted with permission. 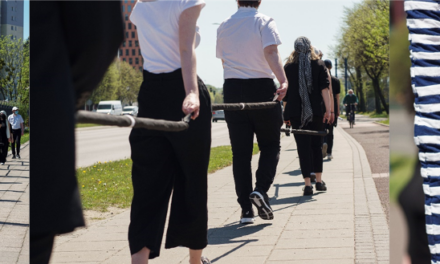